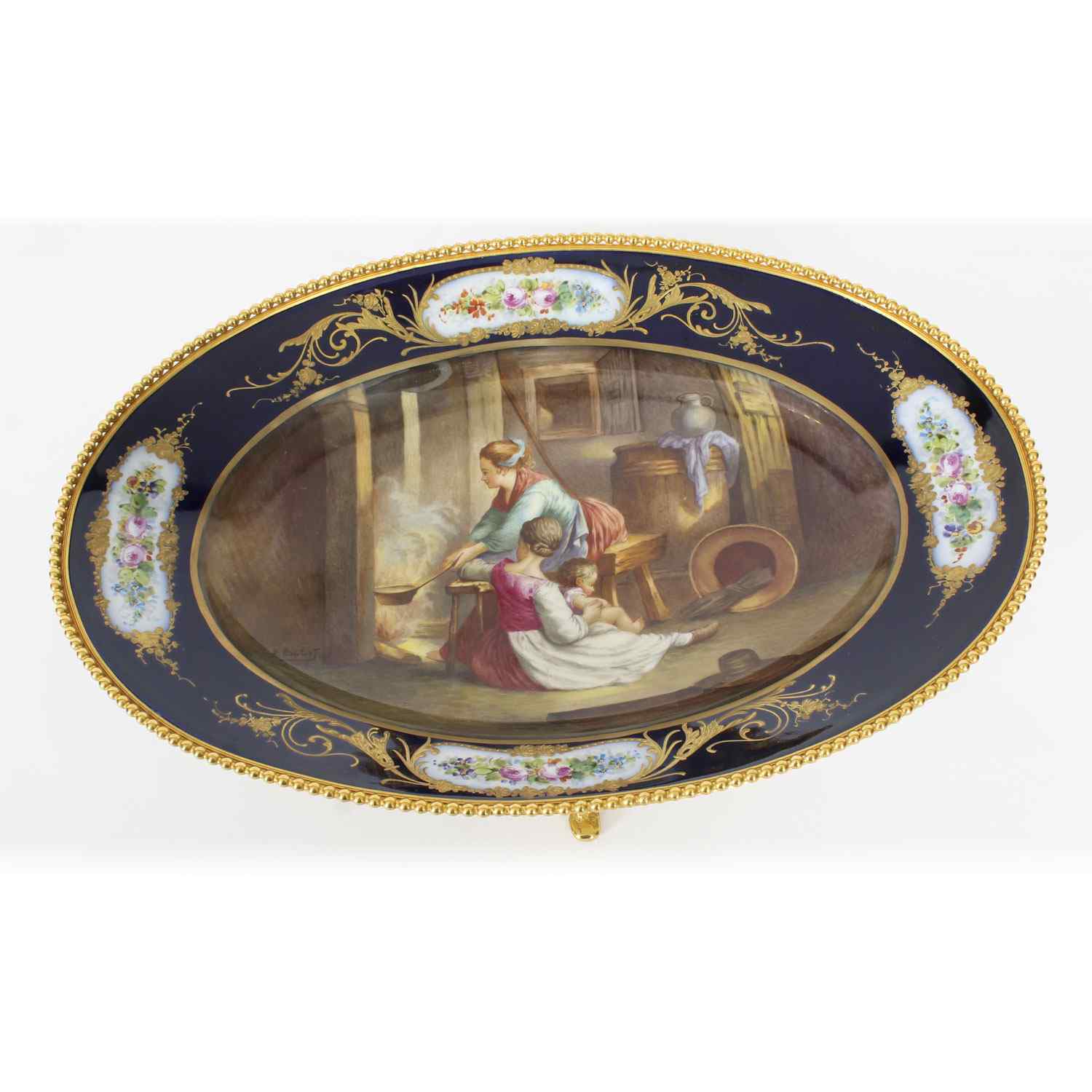 This is an important large decorative antique French Ormolu Mounted oval Sevres porcelain dish, the rear with underglaze blue interlaced LL factory Sevres mark and bearing the signature of the artist, E. Collot, Circa 1880 in date.

It has a striking Royal Bleu and gilt tooled acanthus border, with beaded ormolu mount, the border inset with four panels painted with flowers. The central painting features a family cooking on an open fire, and the dish is raised on ormolu cast acanthus feet.

There is no mistaking the quality and unique design of this charger which is sure to be a treasured addition to your home.

Condition:
In excellent condition, with no chips, cracks or signs of repair, please see photos for confirmation.

Sevres Porcelain
traces its roots in France to early craftsmen who had small manufacturing operations in such places as Lille, Rouen. St. Cloud, and most notably Chantilly. It is from Chantilly that a cadre of workers migrated to the Chateau de Vincennes near Paris to form a larger porcelain manufactory in 1738.

All items in the category: Antique dishes and porcelain services