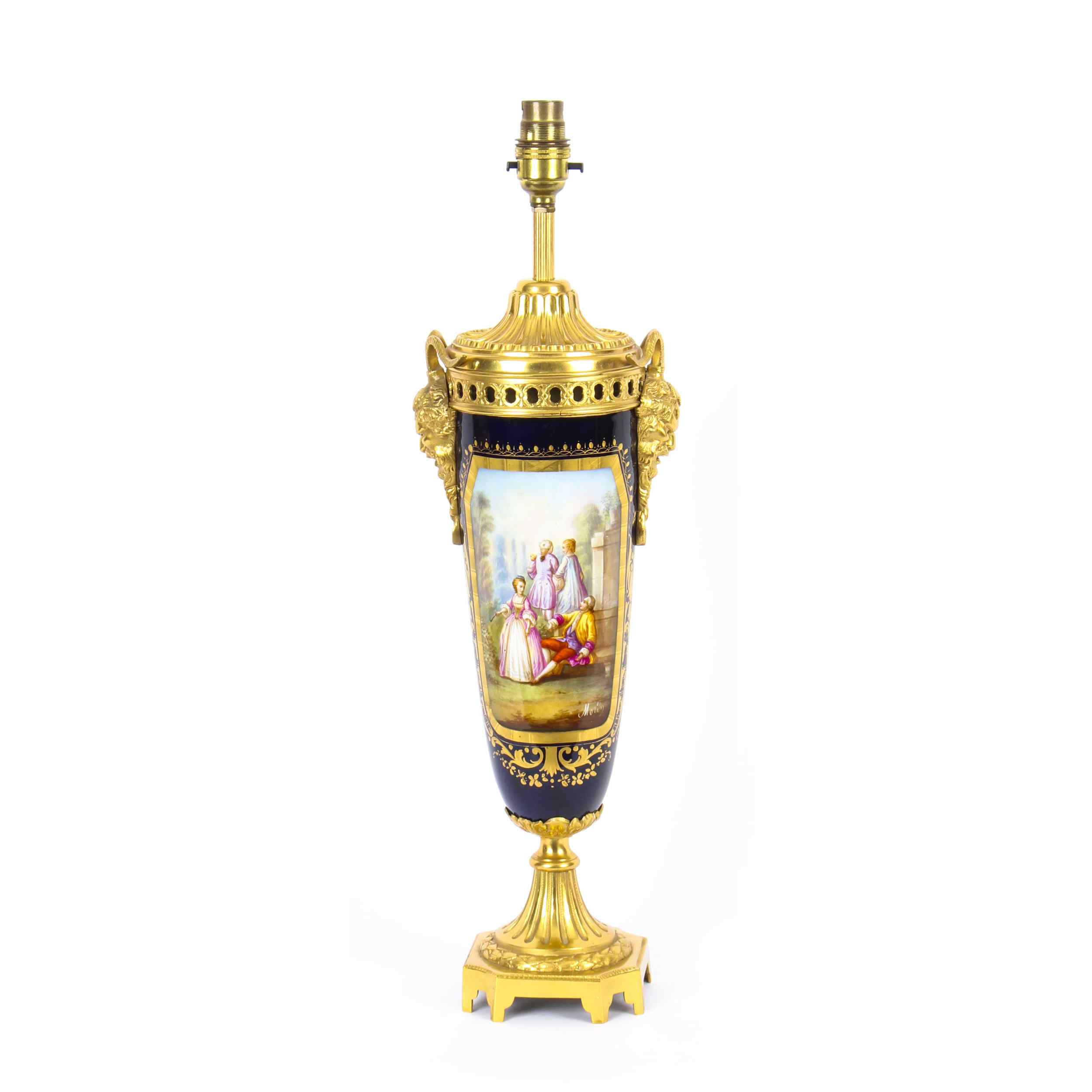 This is a stunning large antique French Sevres "Bleu Royale" hand-painted porcelain and ormolu mounted vase circa 1870 in date, later converted into a lamp.

The ovoid porcelain body is painted with gilt-framed panels depicting finely painted courting couple scenes on one side, a landscape on the other on a cobalt blue ground which is mounted on a circular laurel leaf cast ormolu base.

Add an elegant touch to any room in your home.

Condition:
In excellent condition with no chips, cracks or signs of repair, re-wired and pat tested please see photos for confirmation of condition.

Sevres Porcelain traces its roots in France to early craftsmen who had small manufacturing operations in such places as Lille, Rouen. St. Cloud, and most notably Chantilly. It is from Chantilly that a cadre of workers migrated to the Chateau de Vincennes near Paris to form a larger porcelain manufactory in 1738.

Ormolu (from French 'or moulu', signifying ground or pounded gold) is an 18th-century English term for applying finely ground, high-carat gold in a mercury amalgam to an object of bronze.The mercury is driven off in a kiln leaving behind a gold-coloured veneer known as 'gilt bronze'.

No true ormolu was produced in France after around 1830 because legislation had outlawed the use of mercury. Therefore, other techniques were used instead but nothing surpasses the original mercury-firing ormolu method for sheer beauty and richness of colour. Electroplating is the most common modern technique. Ormolu techniques are essentially the same as those used on silver, to produce silver-gilt (also known as vermeil).

All items in the category: Other Antique Furniture