Bridge Over The Creuse by Paul Madeline Ecole de Crozant 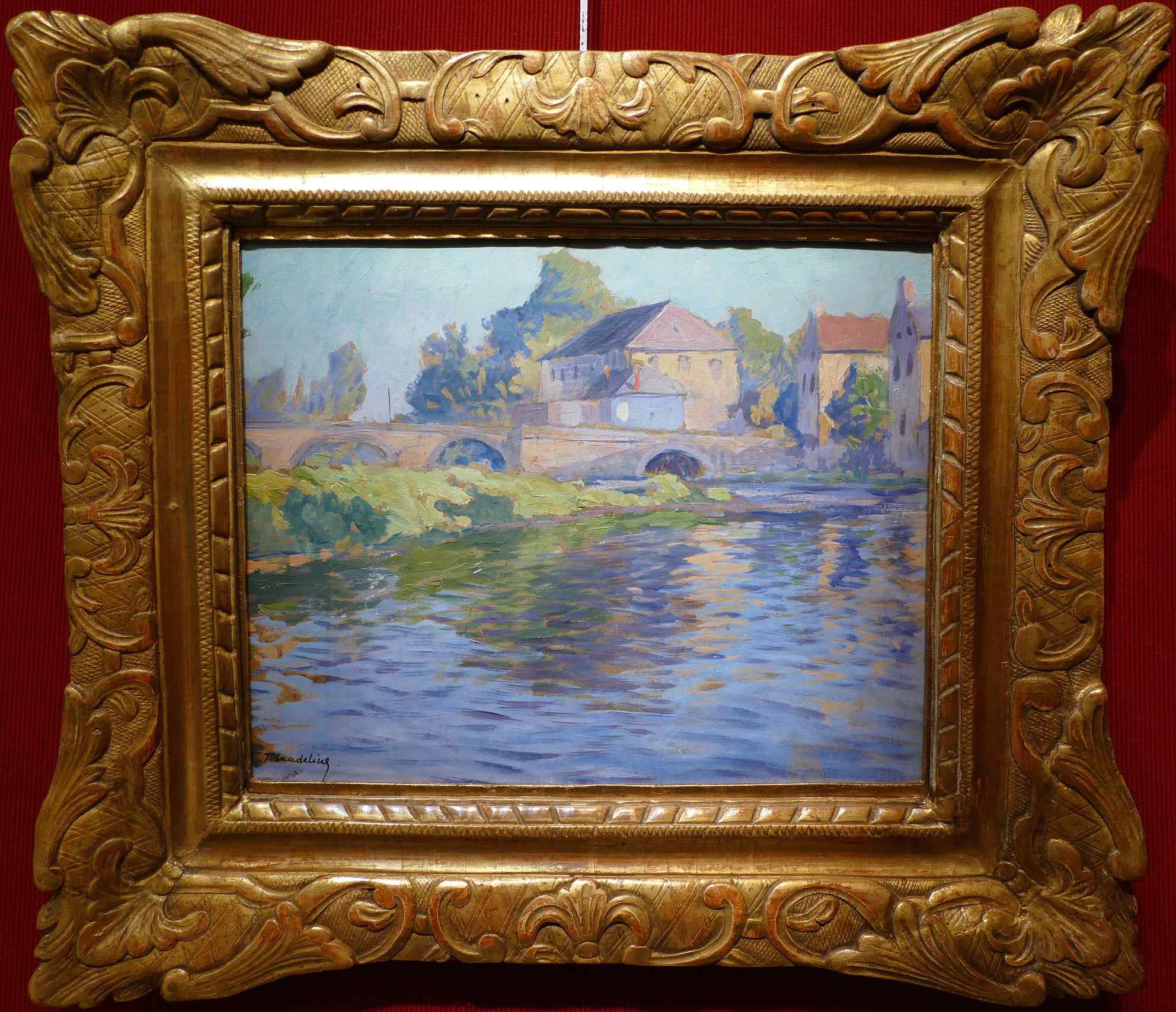 MADELINE Paul (1863/1920) The bridge over La Creuse. Oil on panel signed lower left (circa 1903/04) 27 x 35 cm Certificate of authenticity. Original frame from the Louis XIV period. Paul Madeline was born in Paris on October 7, 1863. Student at the École des Beaux-Arts in Paris, he worked in a publishing house to live and painted urban landscapes in his spare time. In 1894, he discovered the Creuse - a charming campaign in Limousin -, following a meeting with Maurice Rollinat and Léon Detroy at a mutual friend's house. He exhibited at the Salon des Artistes Français in 1894, 1897 and 1899. Later, he was appointed a permanent member of the Salon d 'Autumn, as well as the Salon de la Nationale des Beaux-Arts. The success he obtained allowed him to live on his art from 1902. He devoted himself entirely to painting and came several months a year to the Creuse, usually in autumn. A major figure among the painters of the Creuse, Paul Madeline is just like Alluaud, one of the emulators of Armand Guillaumin, drawing inspiration from his palette and his technique. In 1908, he founded "La Société Moderne", which includes painters like Lebasque, Raffaëlli, Aman and Maurice Chabas. The Devambez gallery and Durand-Ruel are invited to their annual exhibitions. Madeline traveled extensively in the 1910s and, towards the end of his career, he introduced certain characters in his landscapes, wearing regional costumes, especially from Brittany. He died at the age of 57, on February 12, 1920 in Paris. The Salon des Indépendants devoted a retrospective to him in 1926. "We admire his subtle impressionism, the grace and delicacy with which he tames the wild nature of the Creuse", reveal the first reviews to the general public. Madeline depicts the French landscape with a light touch and sumptuous colors. Her paintings are comparable to the work of the famous post-impressionist painter Armand Guillaumin.Although based in Paris, Madeline painted throughout the country, from the Mediterranean to Brittany. Towards the end of her career, Madeline introduced certain characters in her paintings. landscapes wearing regional costumes, mainly from Brittany. A remarkable light, clarity and typical colors (green and purple moss) are significant in his painting. Museums: Châteauroux, Guéret, La Châtre, Limoges, Nantes, Nice, Paris (Musée d'Orsay) Pau, Rouen (Academy, Museum of Fine Arts)