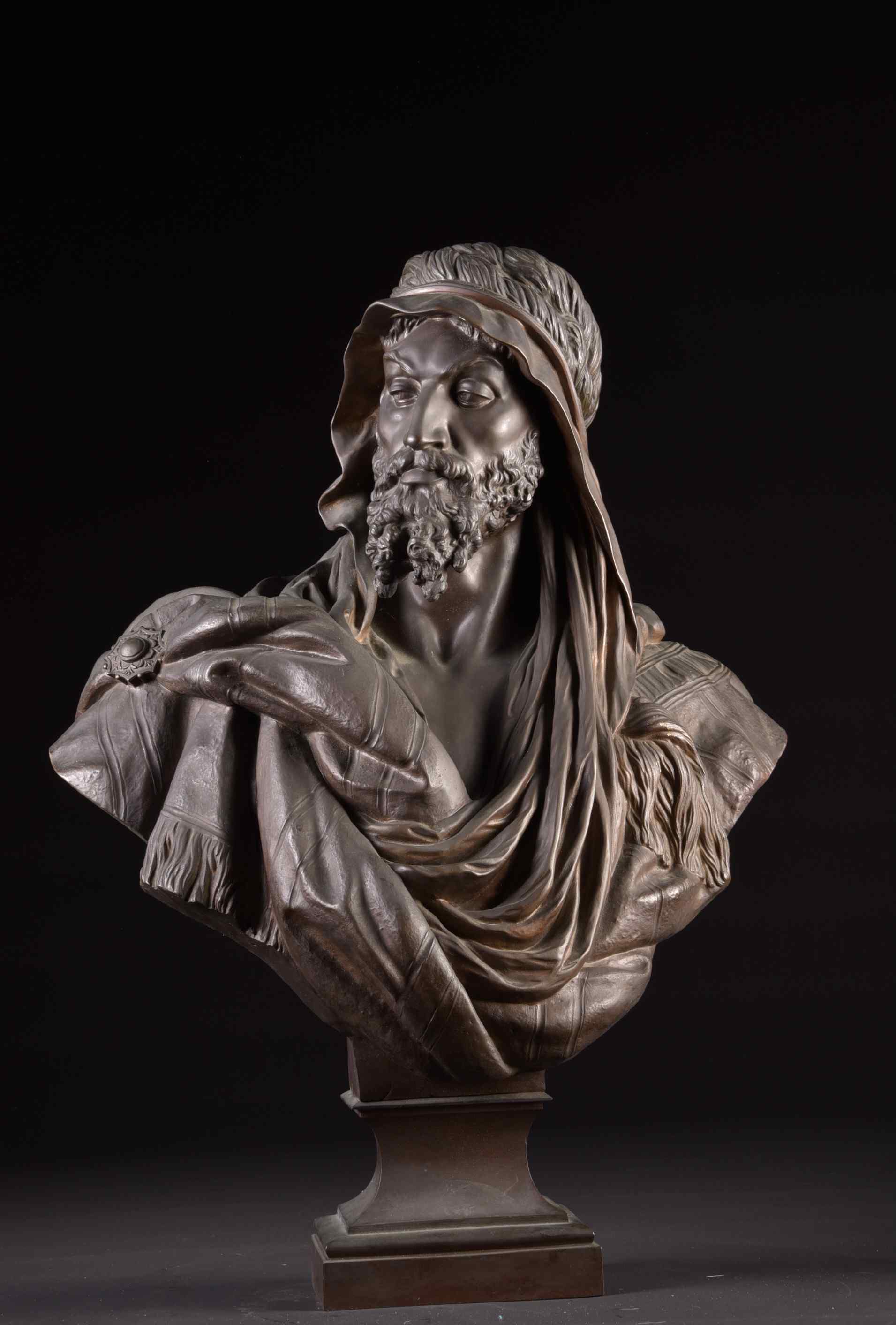 Another version of this work in marble is in the collection of the Musee d'Orsay.
A further bronze cast in the Foundation Marcello, Fribourg
A second bronze sold to the Dahesh Museum, New York by the Robert Bowman Gallery.

Marcello: Only seven women artists had works on display at the Musée du Luxembourg in France at the end of the nineteenth century, and only one of them was a sculptor: Adèle d’Affry (1836–79), the Duchess Castiglione Colonna, known professionally as Marcello.
Born into an aristocratic family, Adèle d'Affry, who would later choose the pseudonym Marcello, decided to become an artist at the age of fourteen, writing that she had felt her calling by discovering the collection of statues of Louis I of Bavaria. She writes: “For me art becomes a profession.
Between 1853 and 1854, Marcello learned the basics of drawing from the Friborg portraitist Joseph Auguste Dietrich (1821-1863) and that of painting from Joseph Fricero (1807-1870) in Nice. She then took sculpture lessons in Rome with Heinrich Maximilian Imhof (1795-1869). In late 1857, she modeled from memory the bust of her recently deceased husband, Don Carlo Colonna, Duke of Castiglione-Aldovrandi, as well as his self-portrait for his mother. Among his early sketches are drawings of the figures in the Sistine Chapel. Inspired by Michelangelo (1475-1564), she asked him in a sonnet to make her his heiress.
In 1859 she rented a studio in Paris and trained by copying the masters in the Louvre. Dressed as a man, she attends the anatomy classes of Professor Sappey at the Practical School of Medicine. She studied animal drawing at the Muséum d'Histoire naturelle with Antoine-Louis Barye (1795-1875), received advice from Auguste Clésinger (1814-1883) and met Eugène Delacroix (1798-1863), who shared her admiration for Michel-Angel.

All items in the category: Antique Bronzes