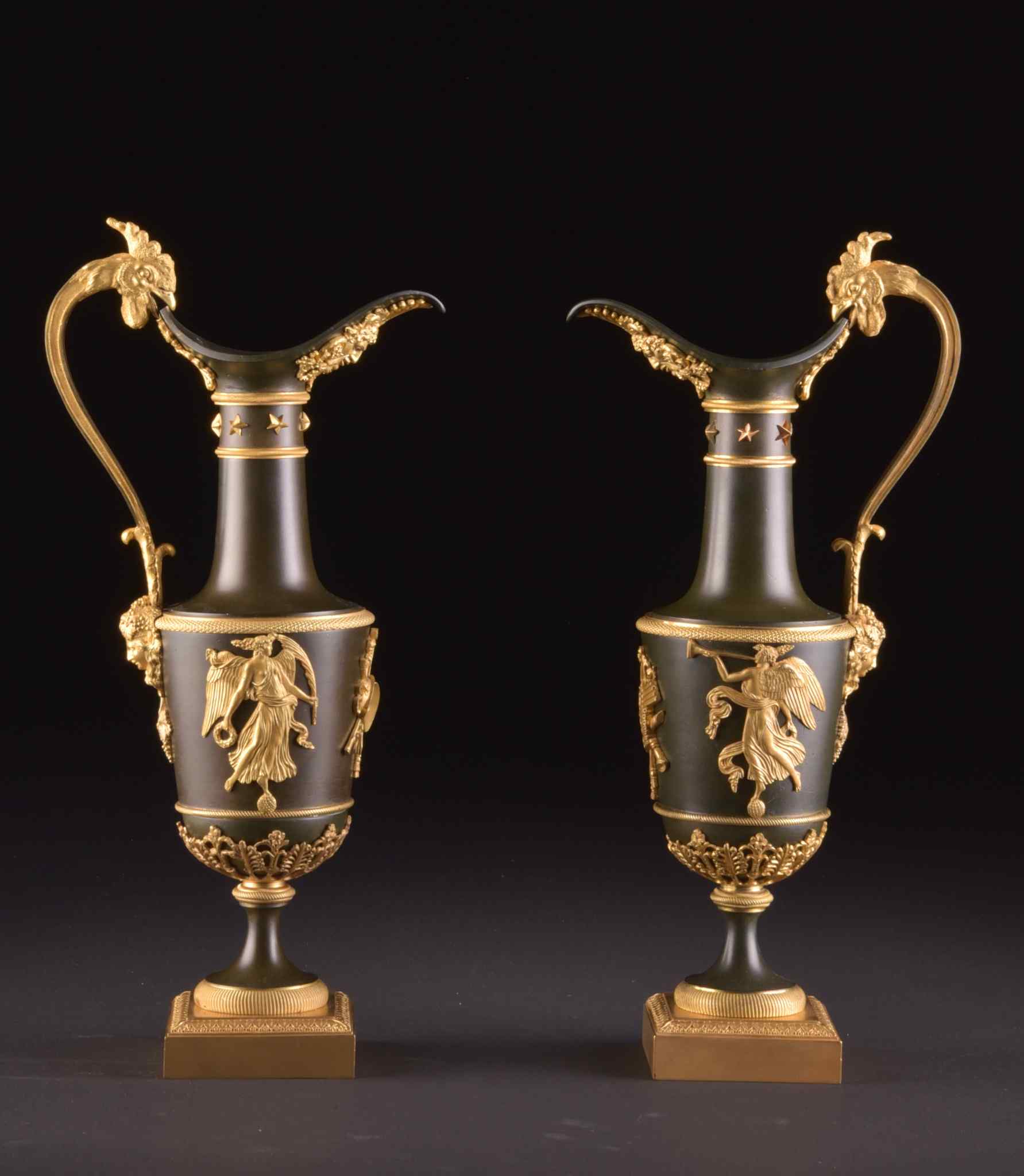 Pair of gilt & patinated bronze ewers, attributed to Claude Galle, ca. 1805.
With beautiful fine masterwork; with the handle at the head of the rooster, bearded man, stars and winged victories on a quadrangular base.

CLaude Galle (1759 - 1815)
Claude Galle, one of the most important bronziers and fondeur chiseleurs of the late Louis XVI and Empire periods. He was born in Villepreux near Versailles. He did his apprenticeship in Paris with the fondeur Pierre Foy and married Foy's daughter in 1784. In 1786 he became maitre-fondeur. Galle worked with many outstanding craftsmen, including Pierre-Philippe Thomire, and supplied most of the bronze furniture for the Château de Fontainebleau during the Empire. He received many other imperial commissions, including lighting fixtures, figurative clock cases and vases for the palaces of Saint-Cloud, the Trianons, the Tuileries, Compiègne and Rambouillet. He delivered several Italian palaces, such as Monte Cavallo, Rome and Stupinigi near Turin.
Today, his work can be found in the world's major museums and collections, the aforementioned, as well as the Musée National du Château de Malmaison, the Musée Marmottan in Paris, the Museo de Reloges in Jerez de la Frontera, the Residenz in Munich, and the Victoria and Albert Museum in London.

All items in the category: Curiosities objects