Edge of a pond by Albert Rigolot Signed oil 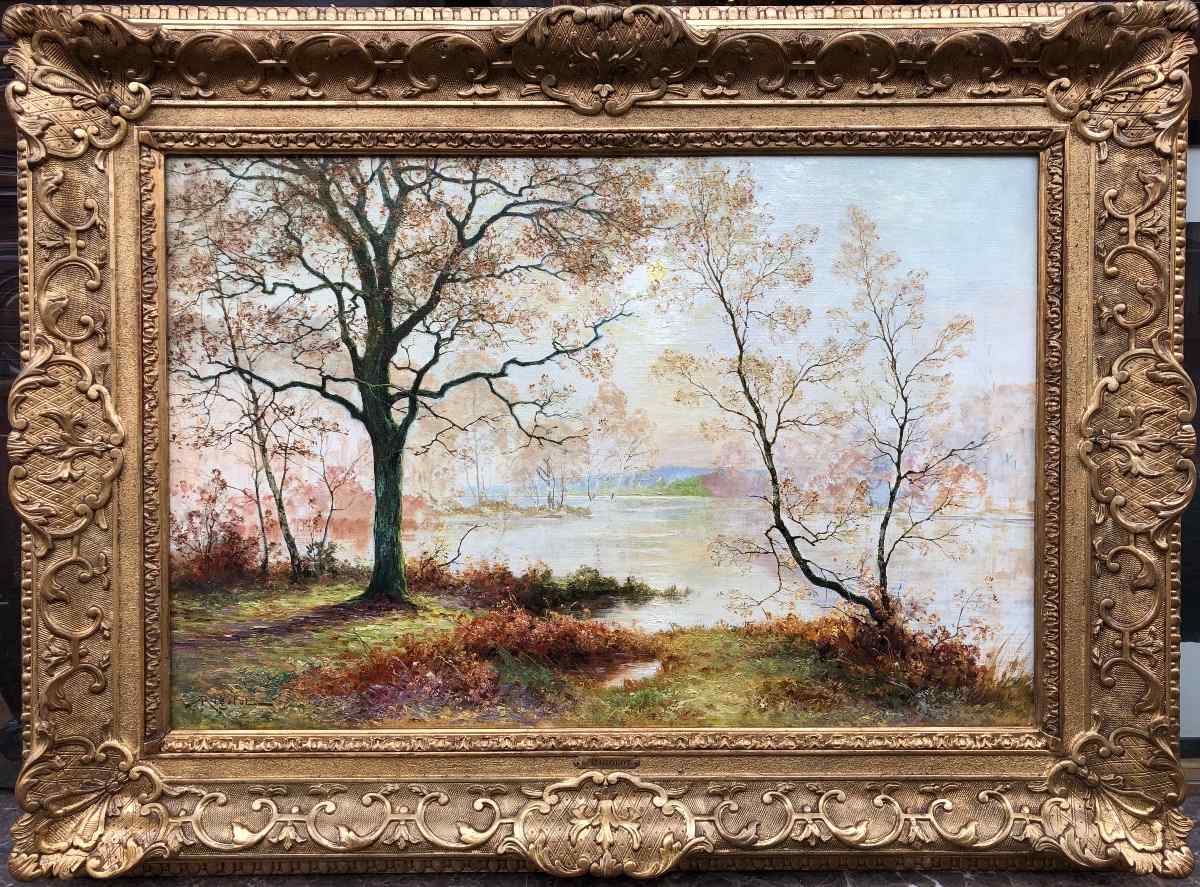 RIGOLOT Albert (1862/1932) Edge of a pond. Oil on canvas signed lower left. 52 x 82 cm Certificate of authenticity. Museums: Cambrai, Nancy, Paris (former Luxembourg Museum, City Museum of Modern Art), Rouen, St Quentin. RIGOLOT Albert Gabriel Born November 28, 1862 / Died April 25, 1932. Painter of views, landscapes, landscapes of water, pastellist. Pupil of Lawn and Lounging, Albert RIGOLOT knows the art of dosing light in his landscapes of ponds and river banks inspired by a serious and naturalistic conception close to the Barbizon School. Albert RIGOLOT shows greater freedom in his paintings on the harvests, and above all in his landscapes and scenes from Algeria, whose rigorous touch translates a very personal sensitive and poetic vision. Member of the Society of French Orientalists, Albert RIGOLOT exhibited at the Salon des Artistes Français from 1886, of which he became a member in 1888. Albert RIGOLOT obtained an honorable mention there in 1889, a third class medal in 1891, a silver medal in 1900, for the Universal Exhibition. Albert RIGOLOT was appointed member of the Society of French Orientalists, and made Chevalier of the Legion of Honor in 1901.