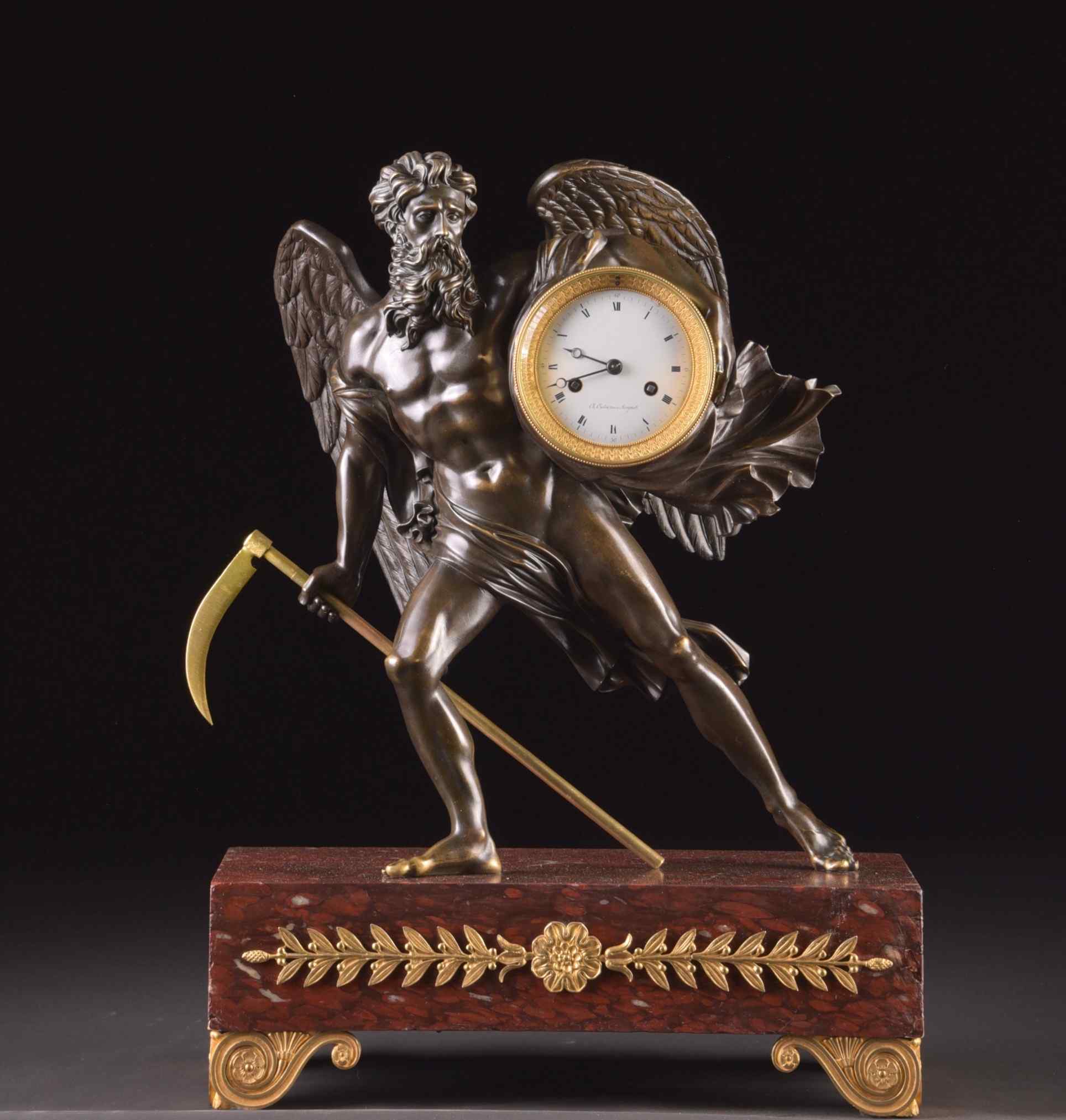 Charles Oudin: Charles Oudin is one of the oldest French horology firms. It was founded in Paris at the end of the 18th century by Jean-Charles (known as Charles) Oudin, who came from a family of clockmakers in Northwest France. There were four generations of Oudins who were clockmakers, as of the mid 18th century, first in the Meuse region and later, in Paris. Several members of the Oudin family worked for the master watch and clockmaker Abraham-Louis Breguet.
Charles Oudin, the best known member of this horological dynasty, established his business toward the end of the 18th century, devoting himself to luxury and precision clocks and watches. The first watches signed "Charles Oudin, élève de Breguet" (Charles Oudin, student of Breguet) date from 1797. In 1805 he made a repeating à tact watch for Empress Josephine. Taking part in the important exhibitions of the period, he attracted notice; at the Exhibition of the products of French Industry in 1806, he received an Honourable Mention for a self-winding watch. At the 1819 Exhibition of the products of French Industry, he received a Citation for an equation watch.

All items in the category: Mantel clocks