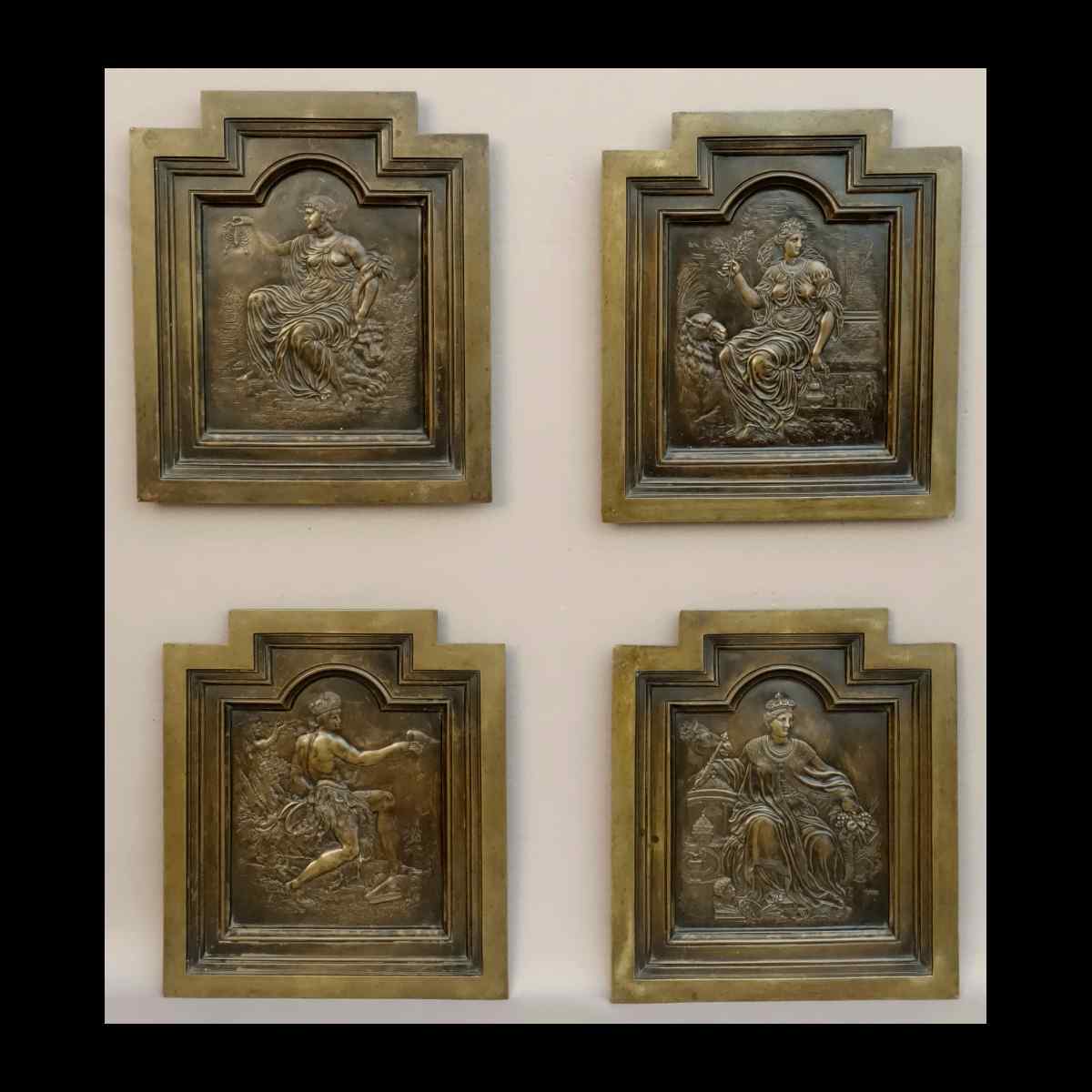 Description: Chiseled bronze and honey patina. This exceptional series is the allegorical representation of the four continents of our world, also called the four Rivers of Paradise. Each panel is served by an elegant frame with a pediment and tympanum. The continents are each imaged by a woman surrounded by particular attributes: Asia: a woman carrying a censer and leaning against a camel. America: a Native American with a parrot on his hand. Africa: a black woman near a lion, here she is holding a scorpion. Europe: a white queen with a horse, the attributes of the arts and religion (tiara). According to the representations, the attributes of each continent vary somewhat but always preserving the main features, the horse for Europe for example but with a ship's rudder. These four allegories are also represented in the same scene, as well as the painting by Rubens painted in 1614. The work is quite Mannerist, we find in Renaissance frescoes this very flat bas relief process but very close to the drawing, with a movement in the drapes for example (Ecouen). Among many examples we can think of Leda and the swan by Etienne Delaune (1518-1583), the engraving, after a lost painting by Michelangelo, The notion of four continents is relatively recent as well as the term continent, From the 16th century, the English name continent emerges, translated from Latin terra continens, terre continues. Until the 16th century it was considered (the Western world) that there were three continents. After Christopher Columbus and Amérigo Vespucci, the Americas will be counted in the continents, therefore four in number. The end of the 18th century and the 19th century will change the situation, following the progress of displacements, colonization, the number of continents will become six. Technically the back of each panel indicates a sand casting, and the trigger guard of the hook ring being melted at the same time as the panel itself, indicates a way before the middle of the 18th century, later, the bail being screwed. Condition: perfect for this type of object. Very beautiful patina imperfectly rendered by the photos. Dimensions: 31.1cm x 27.2cm x 2cm thick

Other items that may interest you from: Garnier Loïc - Antiquités Garnier


All items in the category: Various sculptures