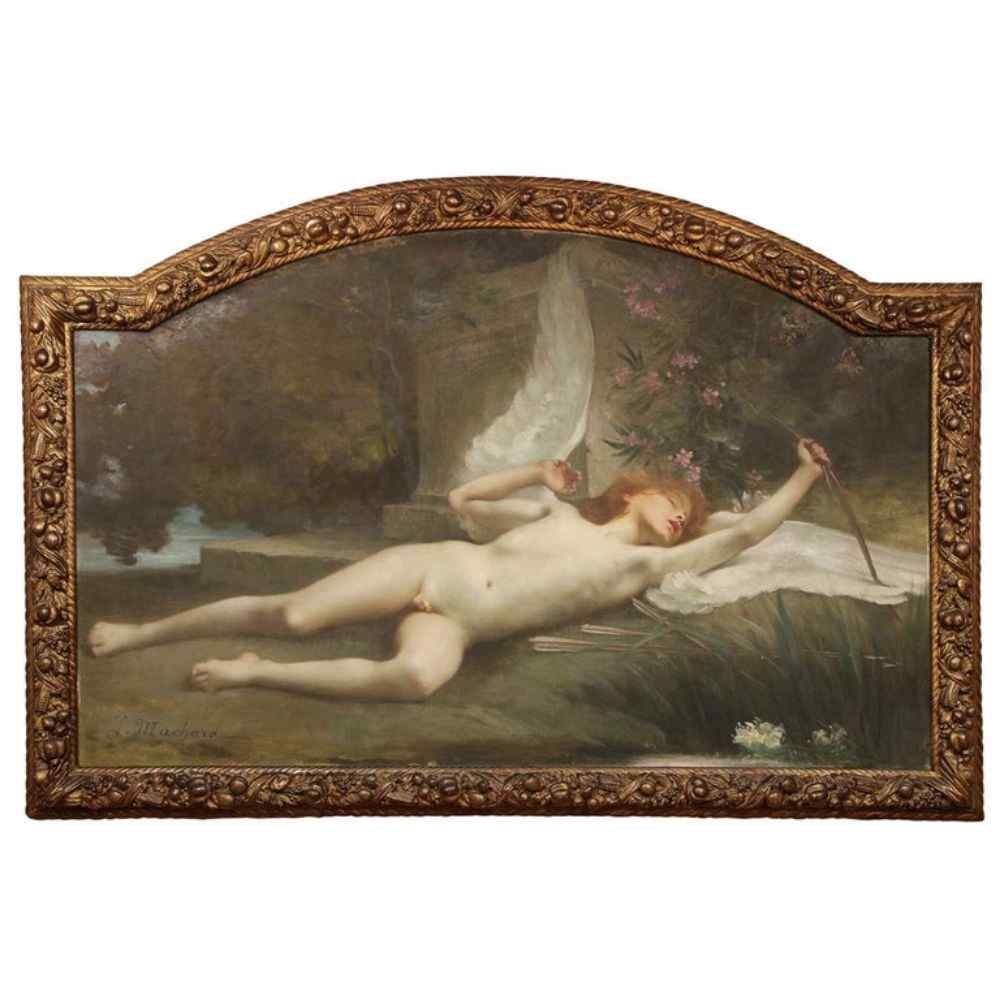 Jules-Louis Machard (French 1839–1900) "Dream of Eros" Exceptional Oil Painting of a Cupid. "La reve d'Eros", "The Dream of Eros" In Greek mythology, Eros, is the Greek god of love. His Roman counterpart was Cupid. Normally, he is described as one of the children of Aphrodite and Ares, and with most of his siblings, was a part of group, consisting of winged love gods. However, sometimes he is also described as one of the primordial gods, but then, he is most often identified with Phanes. Eros was one of the Erotes, along with other figures such as Himeros and Pothos, who are sometimes considered patrons of homosexual love between males. Eros is also part of a triad of gods that played roles in homoerotic relationships, along with Heracles and Hermes, who bestowed qualities of beauty (and loyalty), strength, and eloquence, respectively, onto male lovers. Oil on canvas in original elaborate giltwood frame. Signed 'J. Machard' (lower left) Canvas size: 48" high x 76" wide Provenance: Sotheby's, London, 11 April 1995, lot 84. Good condition, ready to hang.


All items in the category: Antique Nude Painting