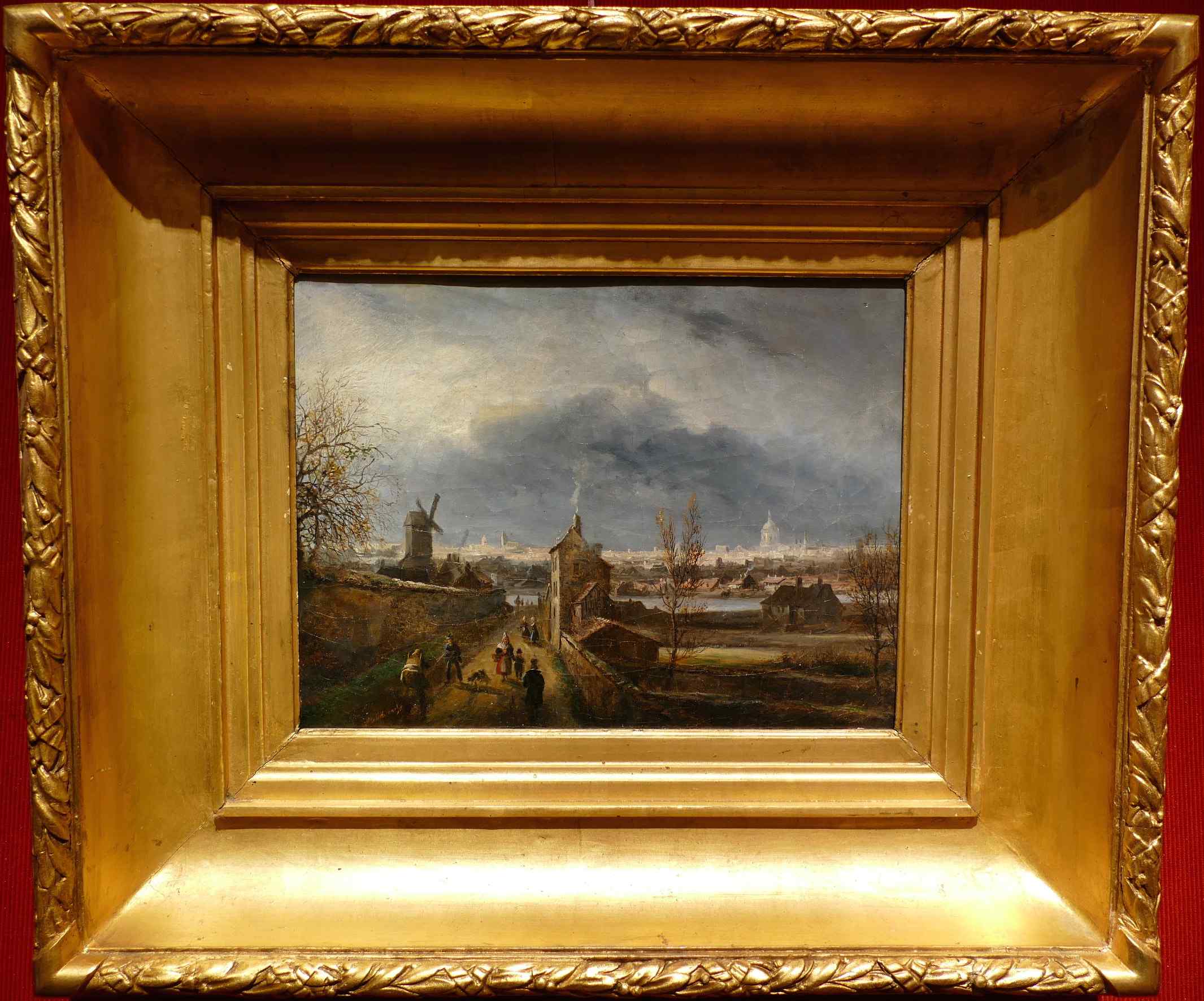 MALEBRANCHE Louis Claude (1790/1838) View of Paris. Oil on canvas signed lower left. 24.7 x 32.3 cm Certificate of authenticity. Museums: Abbeville, Angers, Bar-Le-Duc, Bernay, Caen, Dijon, Langres, Nice, Niort, Paris (Carnavalet Museum), Versailles (Trianon). MALLEBRANCHE Louis-Claude or MALEBRANCHE Born September 3, 1790 in Caen / Died November 4, 1838 in Caen. Painter of animated landscapes, landscapes of snow. The art of Louis-Claude MALLEBRANCHE is very influenced by the 18th century and belongs to the current which brings together Demarne, Swebach and Taunay. However, it is with César Van Loo that he comes closest. Louis-Claude MALLEBRANCHE was a student of Prévôt and Bergeret, and exhibited at the Salon from 1812 to 1838. His first snow landscape appeared in 1822. Louis-Claude MALLEBRANCHE then became the specialist in snow effects, looking for winter lighting, which led him to leave in 1837 to represent mountainous sites such as the Vosges, the Mont Blanc massif and Switzerland. Also very attached to Normandy, he painted in the valley of Auge (Caen, Honfleur, Trouville). Louis-Claude MALLEBRANCHE leaves views of Brittany, Picardy, Seine-et-Marne while attending Meaux and Coulommiers. In 1830 Louis-Claude MALLEBRANCHE appears at the Luxembourg Exhibition with a view of the surroundings of Paris and another of Honfleur.