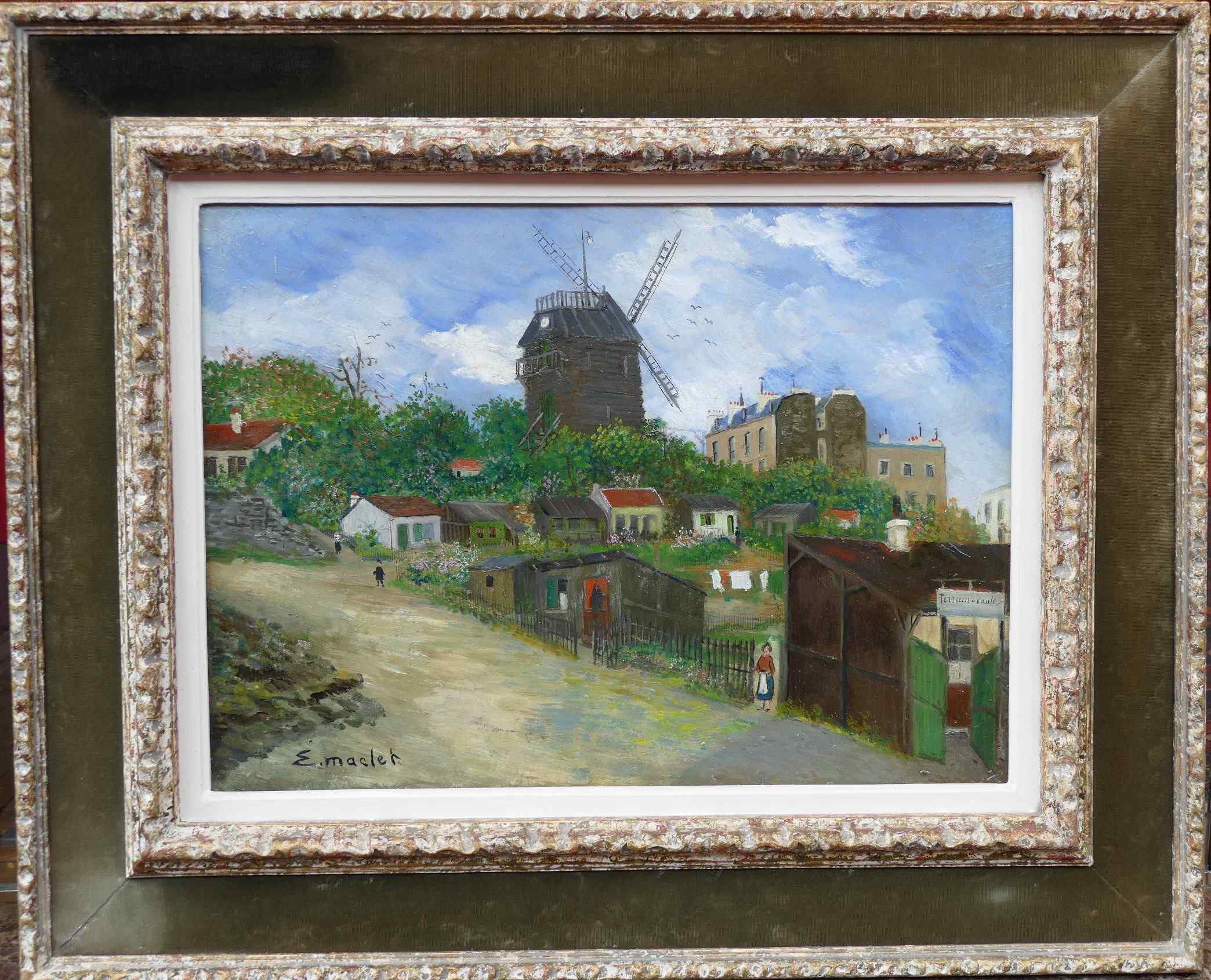 MACLET Elisée (1881/1962) Paris, view of Montmartre, the Moulin de la Galette, the maquis and avenue Junot. Oil on board signed lower left. 40 x 56 cm Certificate of authenticity. Literature: Bénézit - Elisée Maclet by M. Guicheteau and J. Cottel - Maclet the last Montmartrois by Martine and Bertrand Willot - Dictionary of the painters of Montmartre by André Roussard - MACLET Elisée, Born April 12, 1881 in Lyons-en-Santerre, Death August 23, 1962 in Paris Painter of landscapes, urban landscapes. It was an abbot, a Sunday painter, who taught him some rudiments of oil painting. He came to settle in Montmartre in 1906. The writers Colette, Francis Carco, and other personalities, an American merchant were interested in him. Max Jacob wrote about him. In 1933 he had to be interned and never fully recovered from his mental disorders. He exhibited in Paris in 1960. He painted the typical landscapes of the Butte de Montmartre, Le Lapin à Gill, Moulin de La Galette, Maison de Mimi Pinson before Utrillo took them as his themes. After the First World War his views of Paris won him great success. Around 1920 a rich amateur gave him the means for a long stay in the south from where he brought back landscapes whose wonder in front of the Mediterranean nature that they translated sometimes made evoke the name of Matisse.