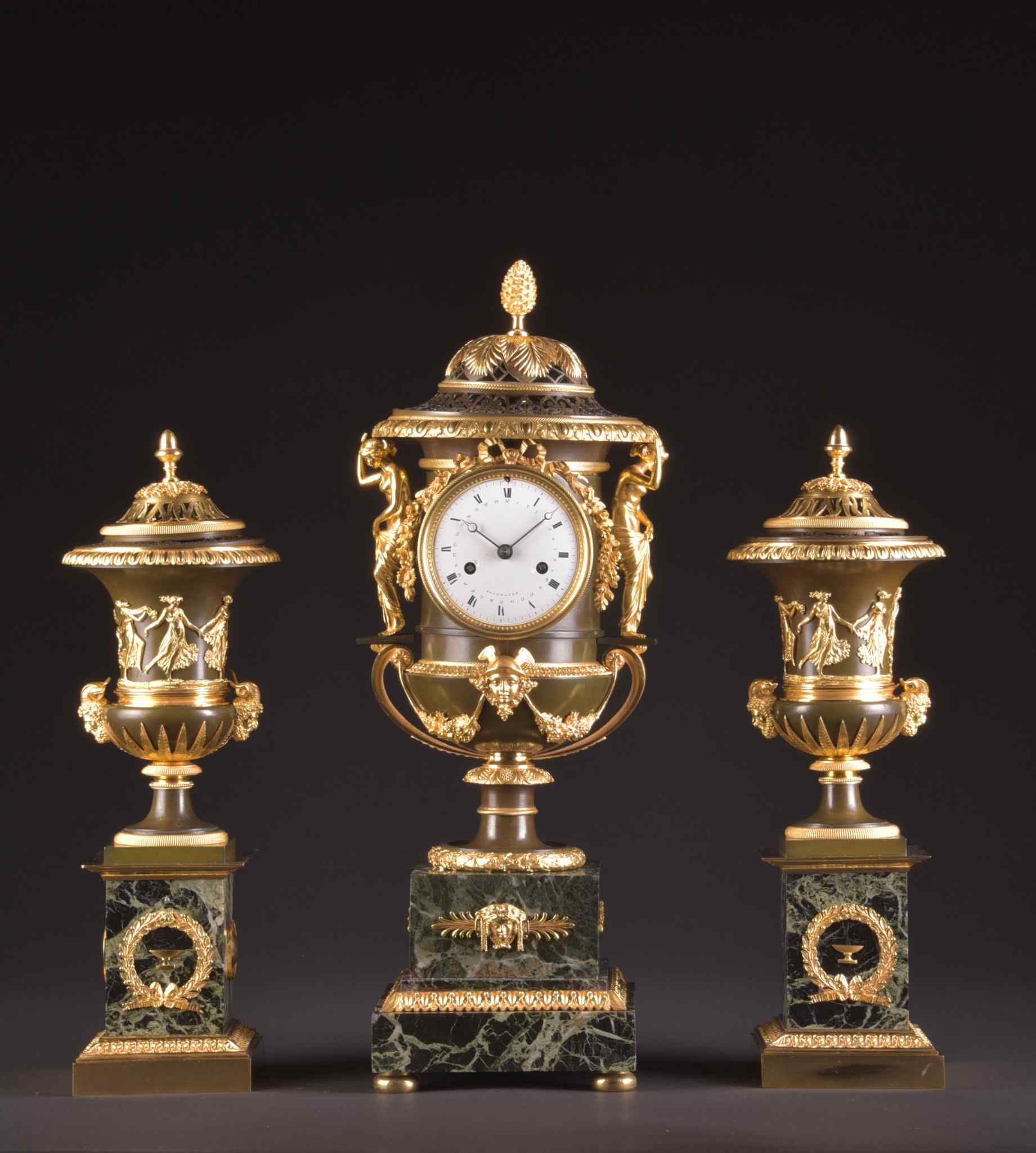 The clock has a calendar. The beautiful vases feature both classical and Egyptian motifs. Given its special quality and close comparison with works by the eminent fondeur ciseleur Pierre-Philippe Thomire (1751-1843), it can be attributed to the same maker. In 1806, Thomire became the first bronzier to receive a gold medal at the Exposition des Produits de l'Industrie. He won another gold medal in 1809, in which year he was also appointed ciseleur de l'Empereur. In addition to Napoleon himself, Thomire was visited by the Emperor's family and many foreign royal courts.

All items in the category: Antique Mantel Clocks