Portrait of a young woman by Jean Gabriel Domergue 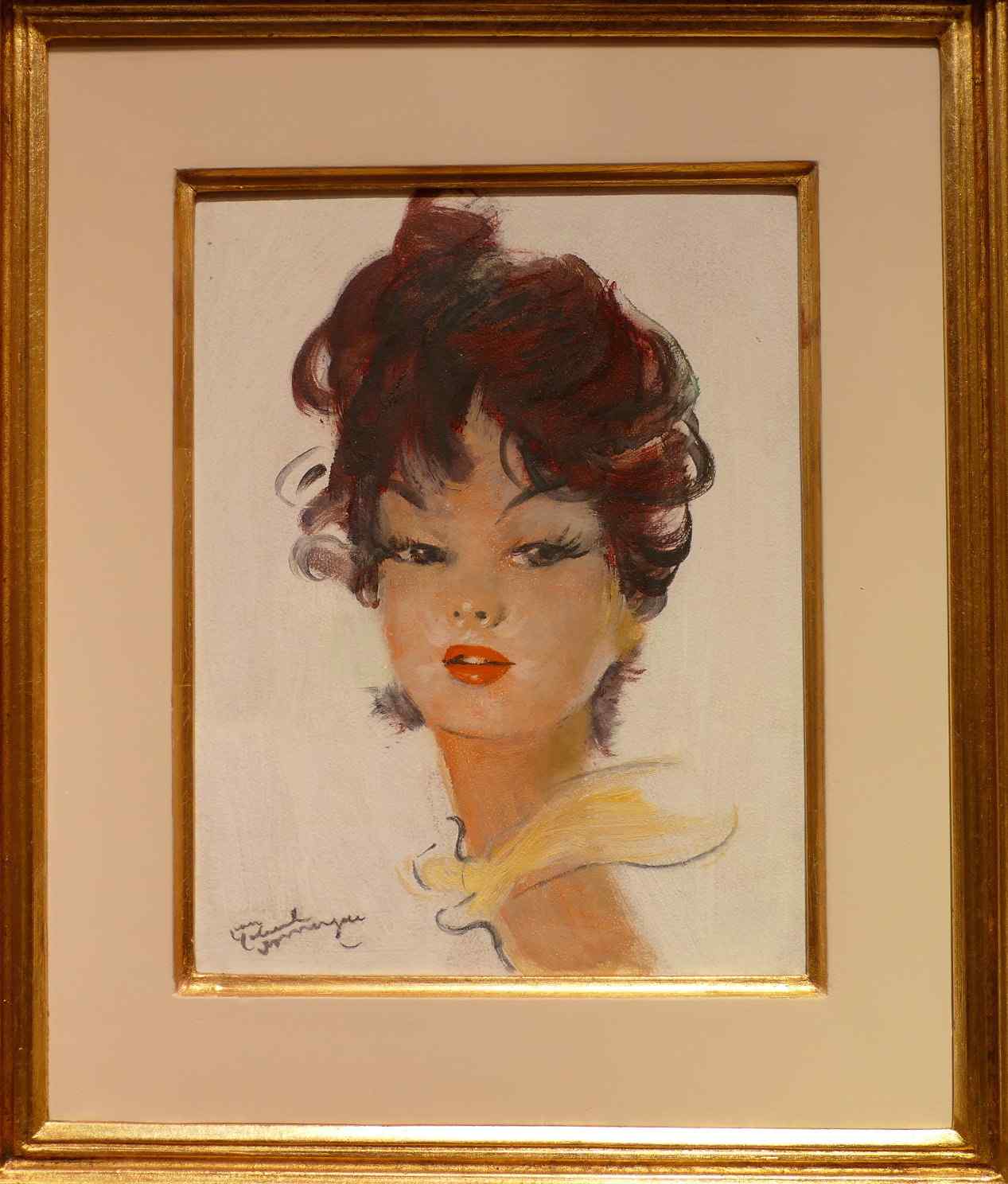 DOMERGUE Jean Gabriel (1889/1962) Douchka. Oil on hardboard signed lower left. 24 x 19 cm Certificate of authenticity. Museums: Cannes - Domergue Museum - Paris: Carnavalet Museum (Seligman Collection) Literature: Bénézit - Dictionary of the little masters of painting by Pierre Cabanne and Gérald Schurr - Dictionary of Montmartre painters in the 19th and 20th centuries by André Roussard - "Jean - Gabriel Domergue: art and fashion "by Gérard - Louis Soyer - DOMERGUE Jean-Gabriel Born in 1889 in Bordeaux - Died in 1962 in Paris. Painter of figures, nudes, portraits, landscapes, flowers, painter in gouache, watercolourist , designer, poster designer. Jean-Gabriel DOMERGUE was a student at the Ecole des Beaux-Arts in Paris, with an impressive number of leading professors of the time: Jules Lefebvre, Tony Robert-Fleury, Jules Adler, Fernand Humbert, François Flameng. Jean- Gabriel DOMERGUE seems, at his beginnings, promised a career as a landscaper, but very early on he became the painter of nudes and semi-nudes, of moderate aggressiveness, of a mischievous coquetry, which made his reputation and his fortune with 'a bourgeois clientele more polish than liberated, whose ultimate daring consisted in sending the wife there to finish the portrait; whoever she was, the portrait executed with suspicious virtuosity revealed her slender, as if stretched out, the bust slender forward in a tender movement, the protruding breasts slightly inadvertently revealed, the back arched in a tight dress, a swan neck surmounted by a made-up face, with a mischievous nose, a Parisian mat, between showy elegance and hidden vulgarity. Jean-Gabriel DOMERGUE exhibited at the Salon des Artistes Français from 1906, at the age of 17, which suggests a great precocious skill, which his work has not denied. Jean-Gabriel DOMERGUE obtains a gold medal in 1920. In 1927, he moved to a sumptuous villa on the heights of Cannes.