View Of The Creuse Valley by Eugène Alluaud 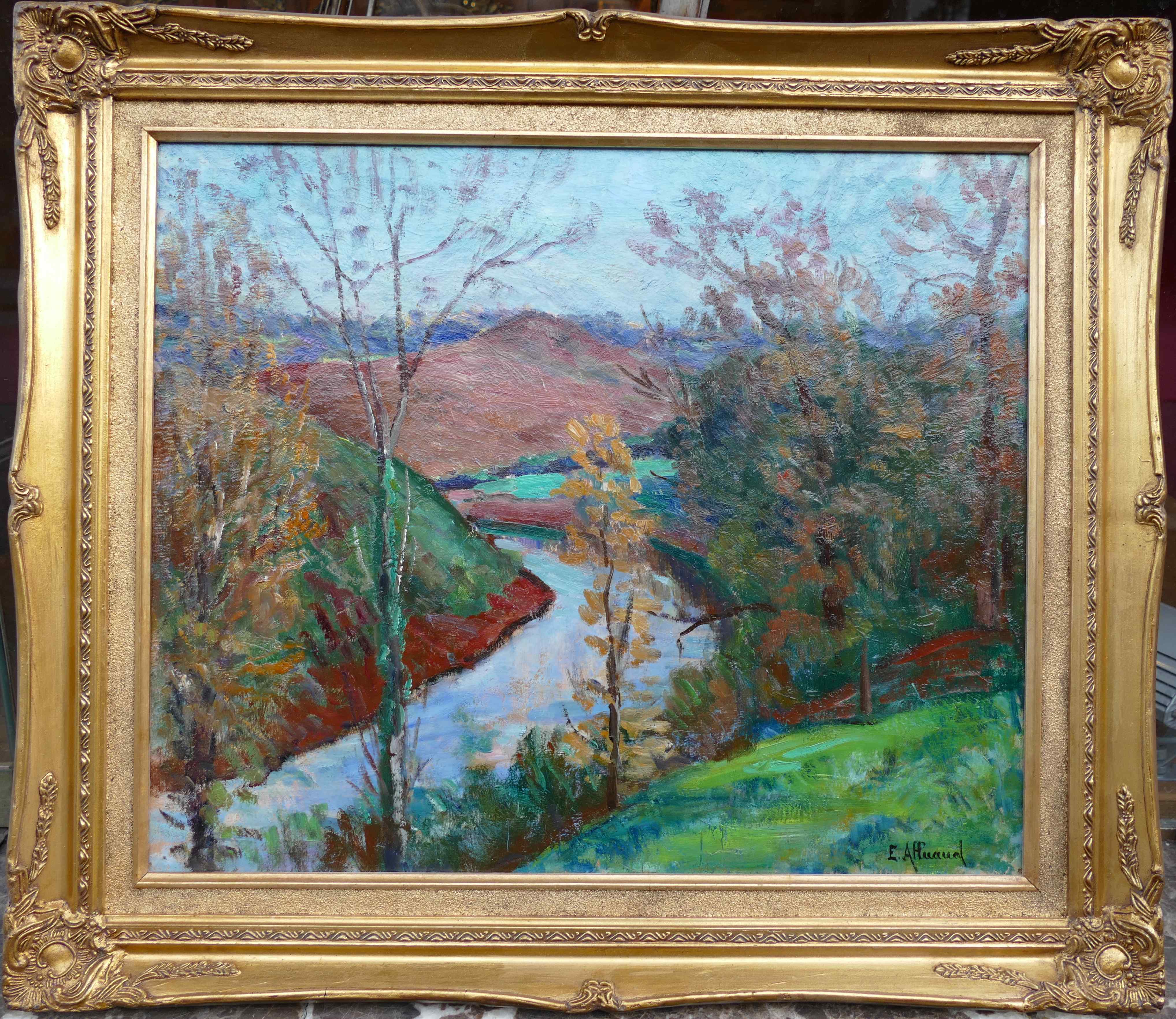 ALLUAUD Eugène (1866/1947) View of the Creuse valley. Oil on canvas signed lower right, countersigned and located "Crozant Creuse" on the back on the frame. 46.5 x 55.5 cm Certificate of authenticity. Eugène Alluaud, born in Saint-Martin-Terressus (Haute-Vienne) on March 25, 1866 and died in Crozant (Creuse) on July 27, 1947, is a French painter and ceramist. His father Amédée, an enlightened art lover and collector, received Corot on several occasions in his castle in Ribagnac. A close friend of Adrien Dubouché, he supports the painters of Crozant. When he died, his friend and painter Charles Donzel gave young Eugene advice on pictorial matters. Alluaud studied literature at the Jesuit college in Vaugirard then science at the Lycée Condorcet. He completed his military service as a one-year conditional enlisted man in 1885-1886. It was on this occasion that he befriended the painter Jules Adler. From 1886 to 1889, he was a student at the Académie Julian, in the studio of Bouguereau and in that of Robert-Fleury, traveling through Europe (England, Belgium and Italy) and North Africa (Algeria and Tunisia). His major pictorial experience, it is to Crozant that he owes it. After a first discovery in 1887, he returned there for a long time in 1891. With his wife Marcelle, he built the house "La Roca", where they settled every summer from 1905. He gathered their friends around his table. artists. Together they paint the landscapes of the Creuse valley and have fun in a joyful atmosphere. Two names emerge from this network of friendships: Maurice Rollinat, the poet of Fresselines, and Armand Guillaumin, co-founder of the Impressionist group, who introduced him to light and color. His painting was therefore strongly influenced by Impressionism before managing to emerge from it in the 1920s, with a more constructive and synthetic style inspired by Cézanne. He exhibits regularly in galleries, in Limoges at Dalpayrat and in Paris at Durand-Ruel and Drouant. He regularly participates in the Salon des Indépendants and the Salon d'Automne. During the Universal Exhibition of 1900, he decorated the Palais de la Danse and the Grandes Marques pavilion-restaurant. President of the jury of the Painting Section at the Salon d'Automne in 1928, he himself received the grand prize at the French Exhibition in Cairo in 1929. Alluaud was mainly devoted to painting the Creuse, but he also painted Corrèze and Haute-Vienne, the Pyrenees and the Côte d'Azur.