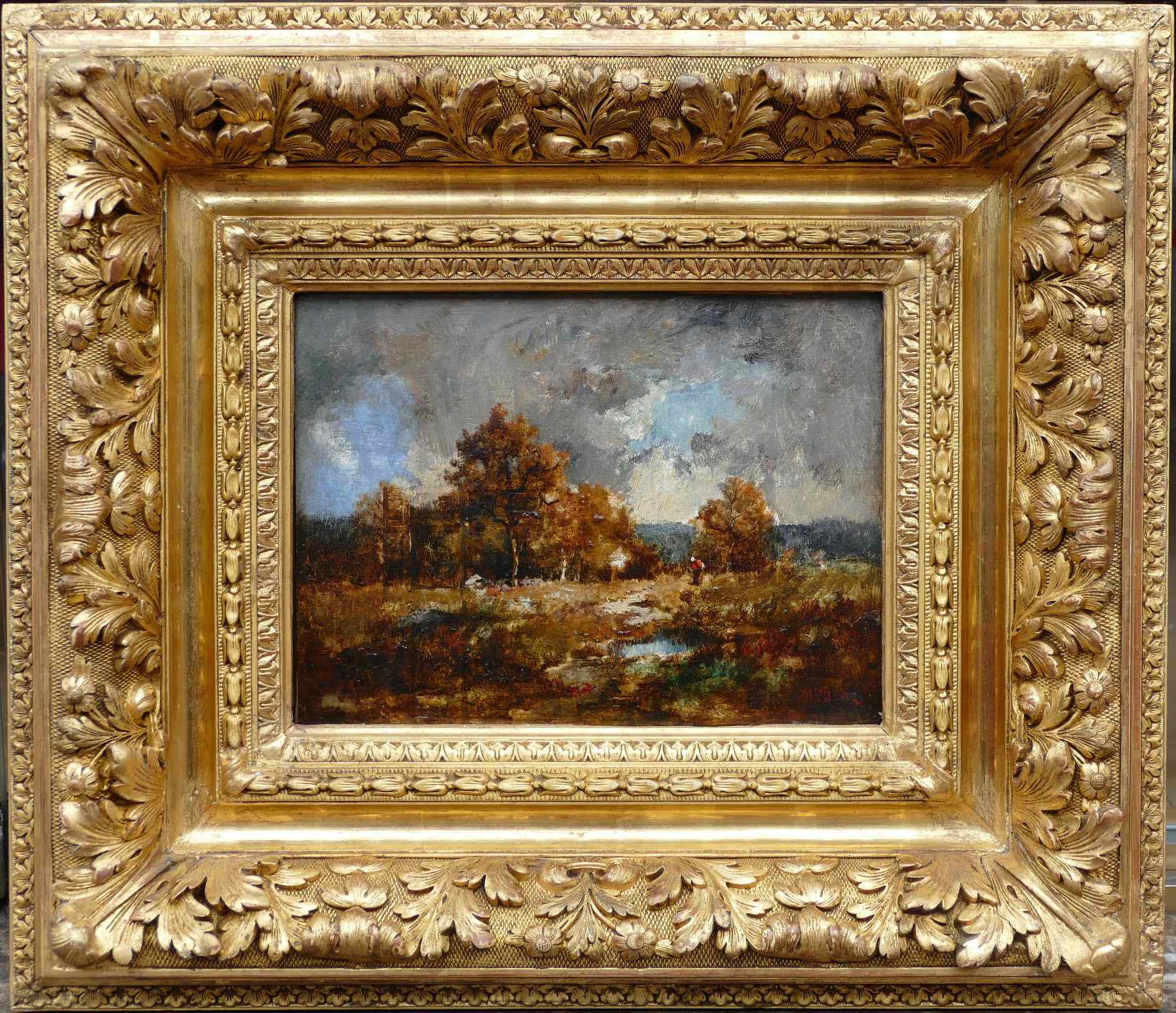 DIAZ DE LA PENA Narcisse (1807/1876) Woman in the forest. Oil on panel signed lower right. 18 x 24 cm Certificate of authenticity. DIAZ de la PENA Narcisse Virgile Born in 1807 in Bordeaux / Died in 1876 in Menton. Genre painter, landscapes. Son of an outlawed by King Joseph following a political conspiracy Narcisse DIAZ de la PENA settled with his mother in Paris following the death of his father in England. He was barely ten years old when he also lost his mother. A Protestant pastor took him in. From then on Narcisse DIAZ de la PENA took refuge in solitude roaming the woods surrounding Paris. During one of these walks, a viper bites him and a leg had to be amputated. He works hard for a printer, then in a porcelain factory in Paris. Narcisse DIAZ de la PENA studied with the painter Souchon, but trained mainly as an autodidact by making copies at the Louvre Museum. He exhibited for the first time at the Paris Salon in 1831 and appears there almost every year. Narcisse DIAZ of PENA was above all an independent. His landscapes always have a very broad perspective with variations in lighting and shade. Narcisse DIAZ de la PENA is a painter of the moment, which makes him consider him a pre-impressionist. Rousseau, Dupré or Millet painted slowly, unlike Narcisse DIAZ from PENA who painted instinctively. Monticelli, Ziem, Fantin-Latour and of course Renoir were influenced by him. Picturesque character, dazzling storyteller, much loved by his fellow Barbizonniers and young painters, Narcisse DIAZ de la PENA had a considerable reputation. At the end of his life, ill, he left to live in Menton where he died of a viper bite.