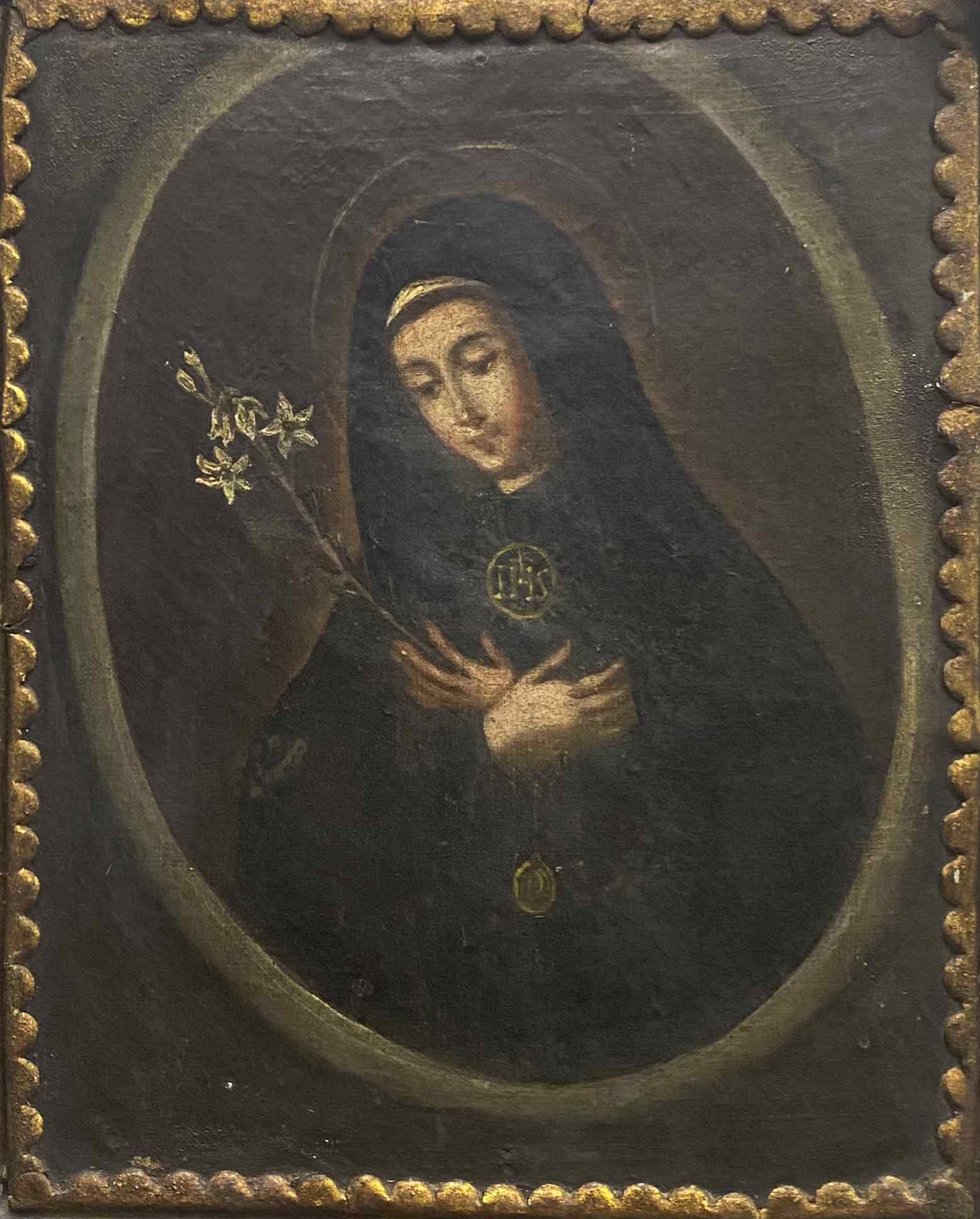 The Madonna of the Lilies is an advocacy of the Virgin Mary.

Regarding the tradition of Alcoy, Alicante, Spain, during 1653 the priest of Confrides found some white lilies while he was reflecting and praying. As soon as he examined them, then he saw some engraved images on them which represented the Virgin Mary. That was the beginning of a process which led to Philip IV in order to show that a miracle has been produced.

The miracle was not related totally to a humanitary cause but it was linked to internal conflicts of the church. Despite having an interesting background the story behind the Madonna of the Lilies on itself, we would merely point out that great masters such as Bouguereau painted this subject.

Our painting was most likely done by a Spanish hand during the 18th century. The madonna is facing to her right side in a devotional manner with her hands on her chest. Black or very dark drappery are characterics of this Virgin so as the halo. In this case, this naive but good quality painting depicts her with what could be a medallion hanging of her neck and another one some centimeters below. Last but not least, the mandatory lilies are being held by her left hand, that is on her chest as well.

Madonna of the Lilies