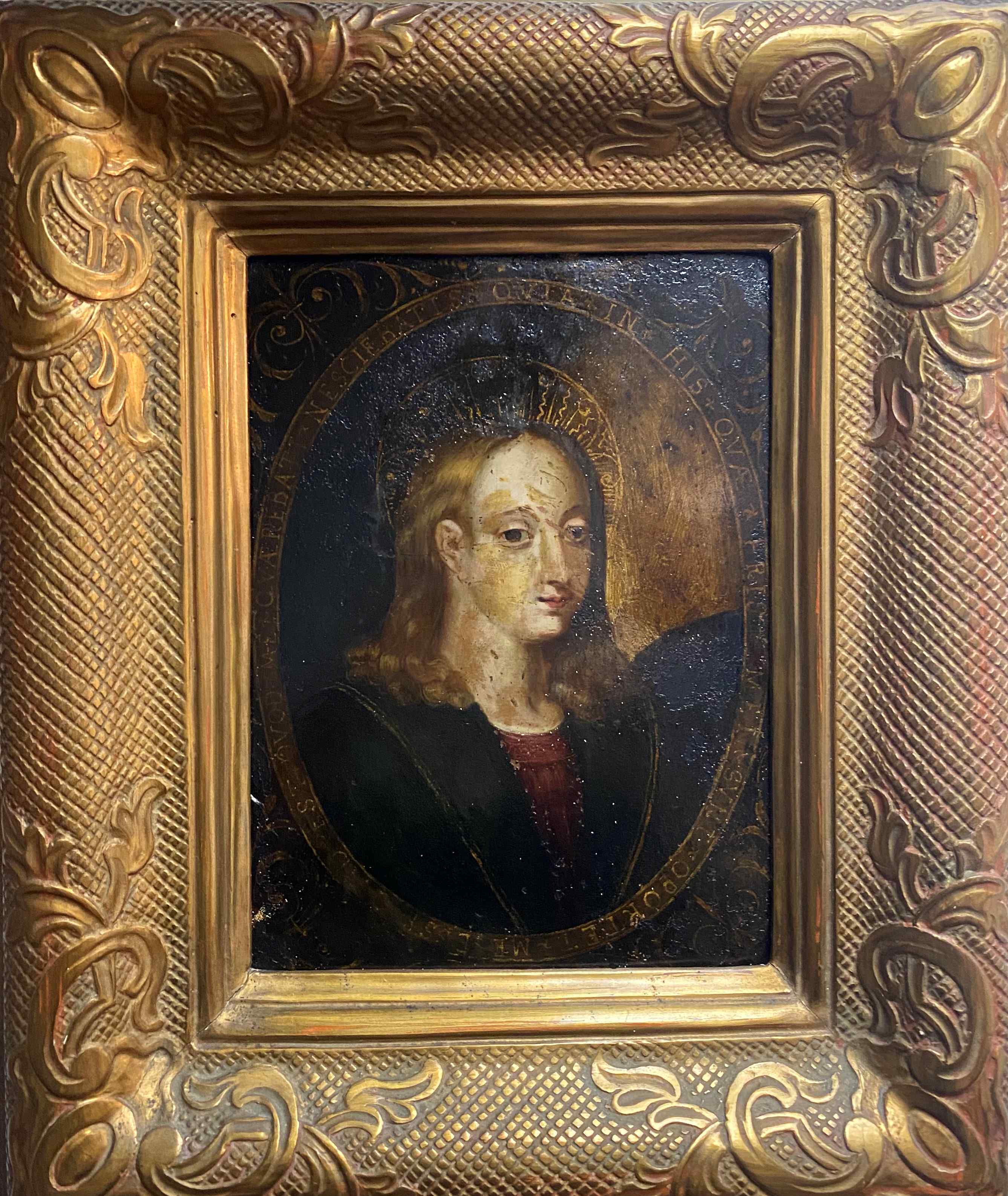 A beautiful engraving by Philippe Thomassin after Giulio Clovio depicts a young Christ with in an oval form which is composed by an inscription in latin stating 'QUID EST QUOD ME QUAEREBATIS NESCIEBATIS QUIA IN HIS QUAE PATRIS MEI SUNT OPORTET ME ESSE'. This quote in latin meaning 'Why did you have to look for me? Didn't you know that I would be in my father's house?' is a biblical passage from Luke 2:49.

Little is known about the artist who made an oil based on the mentioned engraving but there were several, very similar, versions of it. Most of them were made on copper during the 17th and 18th century in Italy.

Our version is an example of the ones made during the 17th century in Italy while the copper was treated and leveled with hammer. Though dirt and some paint loss, the quality of this artwork remains undisputed.