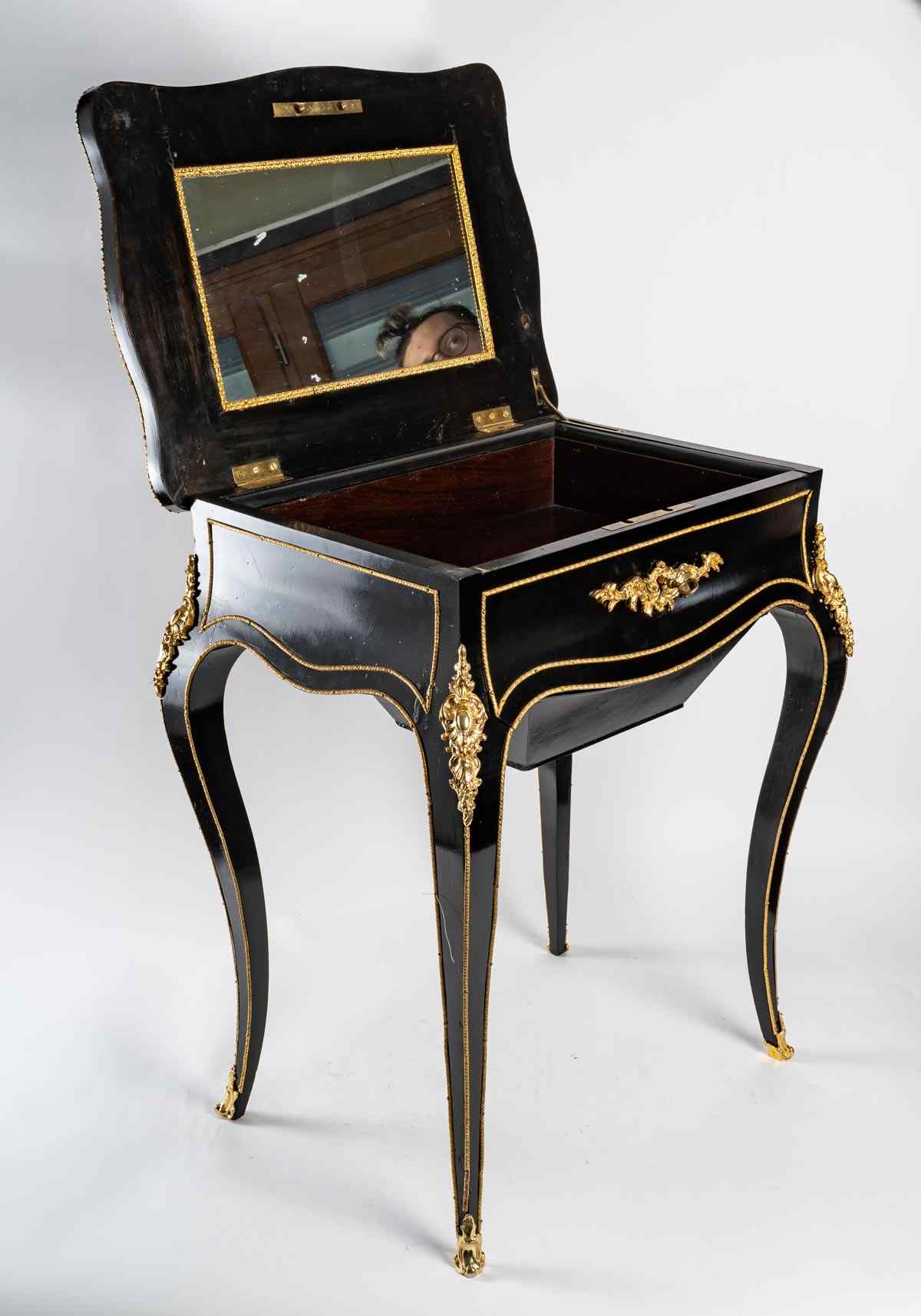 In the 19th century, under the reign of Napoleon III (1852/1870), marquetry was rediscovered. The styles of the previous centuries were copied; thus a lot of Boulle style furniture was made.
The richness and the quality of the materials are the same but the execution benefits from the technical progress: the quality of the furniture of the end of the XIX is superior to that of their ancestors.

Here is a rare book table in gilded brass marquetry on a blackened and lacquered pearwood base.
Its curved top, encircled by a moulding, is decorated with a cartouche opening onto a rosewood interior with a courtesy mirror and a drawer in the waist.

In the lower part, a drawer in hoppers remains invisible underneath.
The legs are curved and decorated with chased and gilded bronze.

A work table, also called a "travailleuse", is a small light table whose top is surrounded by a high border to prevent objects from falling.

The work table is a small table that can be recognised by its removable flat or curved top containing storage space.
This table, with or without a crotch shelf, sometimes has a work box that slides under the belt.

At the end of the 19th century (1886), the prestigious Ecole Boulle was created, which is now the École supérieure des arts appliqués aux industries de l'ameublement et aux architectures intérieures.