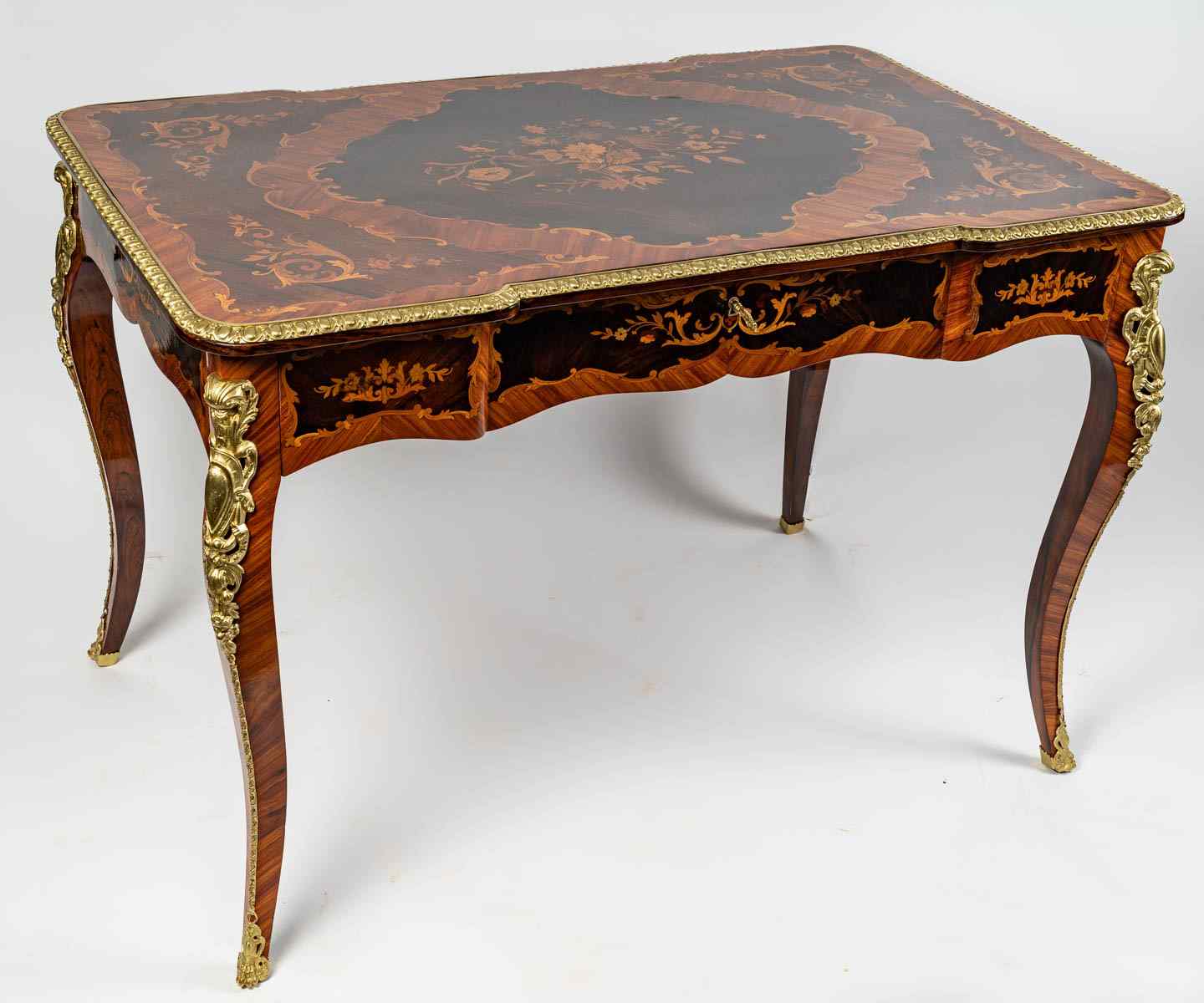 Sublime piece of prestige, a magnificent flat desk, in the Louis XV style, in marquetry of precious wood with flower decoration.
It is a magnificent work executed by a master cabinetmaker of Faubourg

Its top reveals an exceptional work of marquetry where rosewood, rosewood and native wood restore a magnificent central floral decoration animated on the belt of acanthus leafy frames.

It is encircled by a gilded bronze moulding.
Its curved belt is fitted with a lockable drawer.

Its four curved legs are enriched with angle irons at the top connected by curved crosspieces and resting on lion's claw hooves.

The flat desk appeared during the Regency period. It succeeds the Louis XIV desk by Boulle and the Louis XIII desks with chests.

The flat desk is the typical representative desk.

In general, it is a piece of furniture made by cabinetmakers, i.e. executed by master cabinetmakers or workshops authorised by the royal privileges to work with wood in veneer or marquetry.

It is rarely made of solid wood by carpenters. This piece of furniture, originally designed for men, reached its peak in the Louis XV period and began to be made for women. It then became the small boudoir writing table.