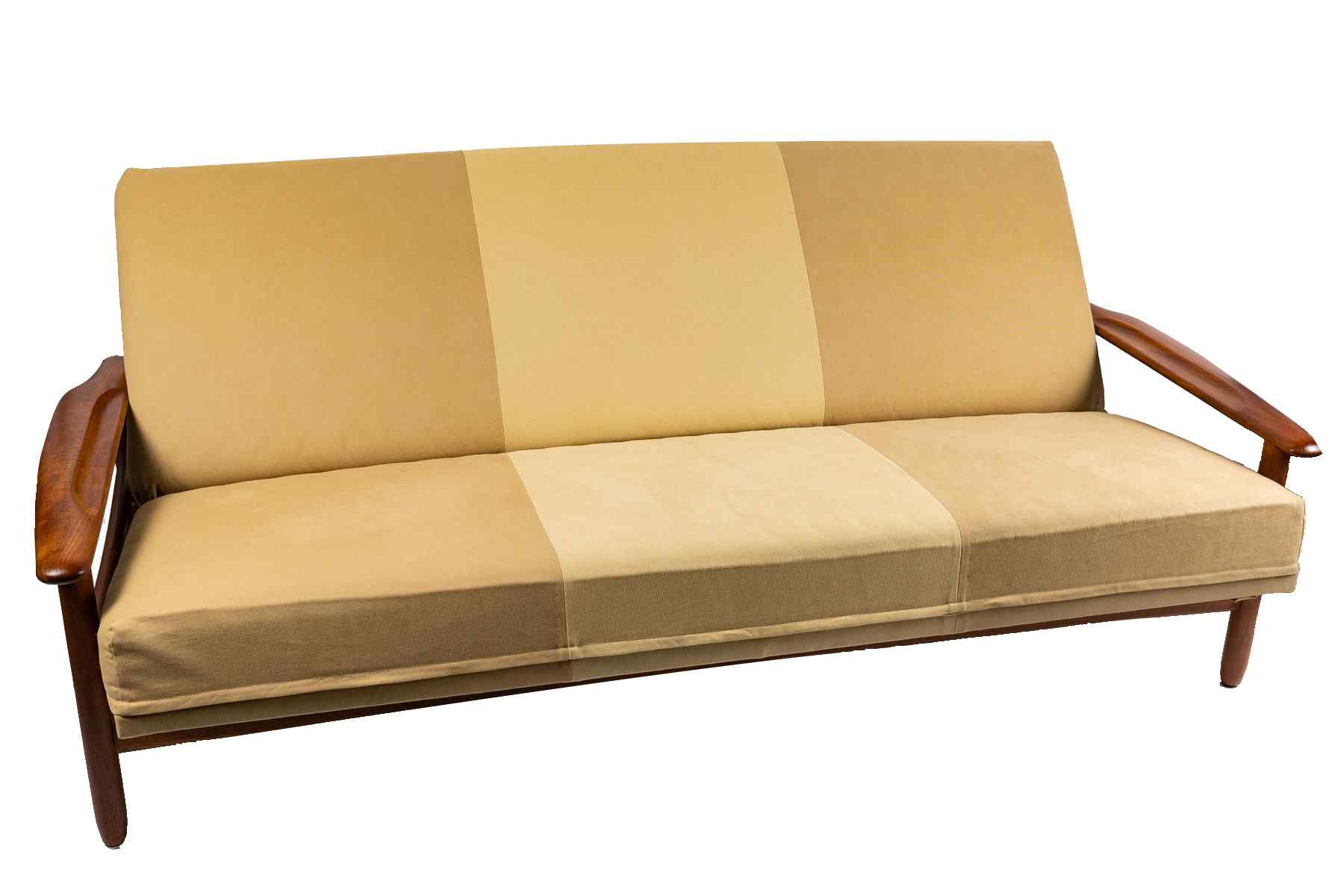 This restoration was entirely carried out by the TWS workshops (Calais) in the respect and the craft know-how.

This magnificent original creation is by Gérard Guermonprez.
This piece of furniture is very elegant and remarkably functional, it goes from the sofa position to the bed position very easily.

Gérard Guermonprez is a 20th century French designer known for his simple and functional wooden furniture, renowned for its solidity.

Trained at the Ecole Boulle in Paris, he exhibited his creations at the Salon des arts ménagers for over twenty years, starting in 1954.
In 1955, he presented a series of furniture in light oak mounted on black lacquered metal legs that were particularly well received.

In 1957, Gérard Guermonprez began a fruitful collaboration with the Magnani cabinetmaker's workshop for whom he designed interior furniture.
Sideboards, tables, chairs, storage furniture with multiple functions...

His pieces bear the label of the AMF master craftsmen and some exclusive creations are even numbered.

This partnership increases the designer's success and gives him access to a wider range of publications and distribution.

Gérard Guermonprez's designs were then distributed in Paris (notably at Bobois, within the Roche establishments, and at the At Home shop) but also in the provinces and even in North Africa (Casablanca, Oran, Algiers).