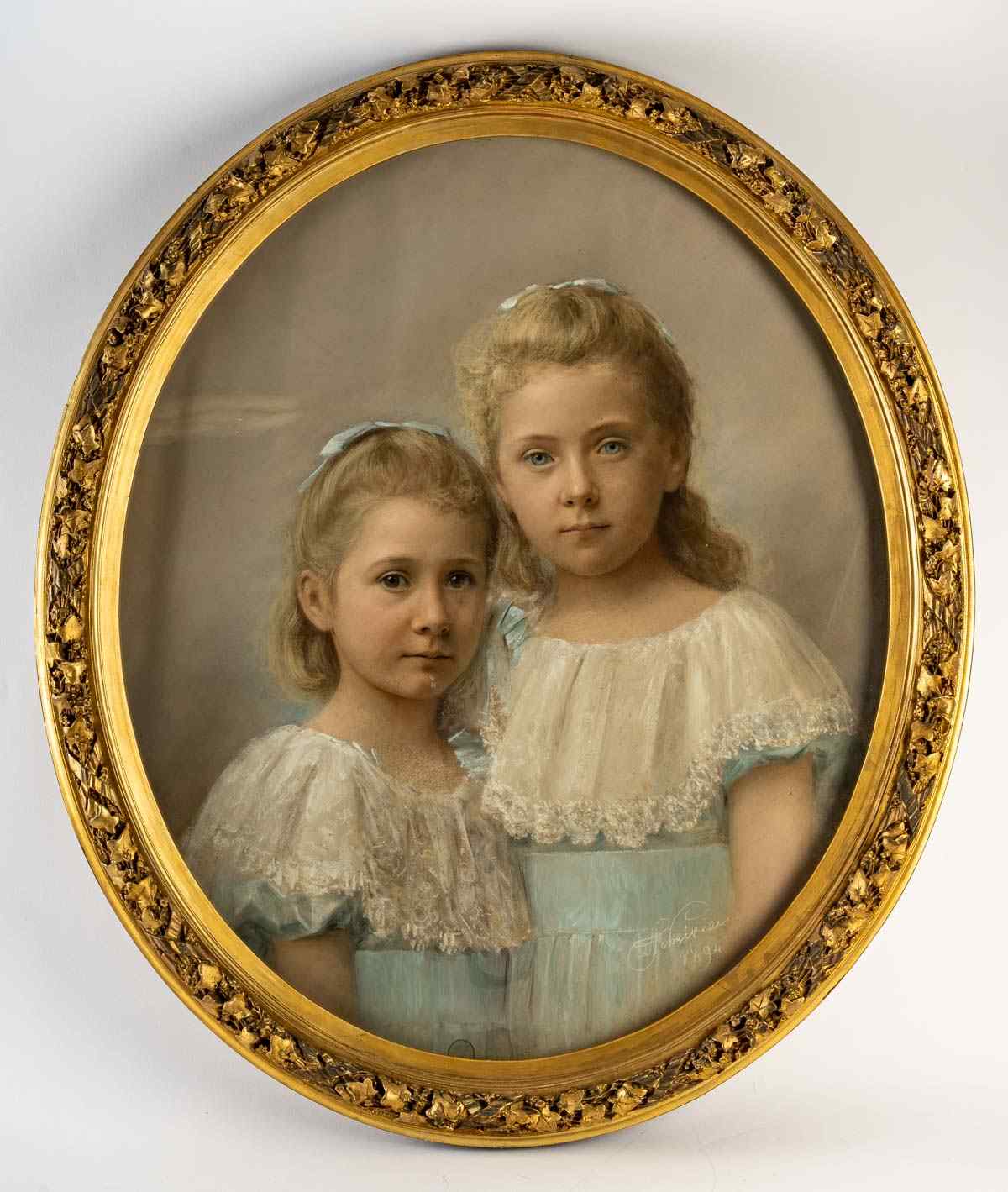 magnificent pastel on canvas representing two little girls of the city bourgeoisie of the 19th century.

The frame is made of gilded wood and magnificently sublimated by a frieze of various foliage where the ivy leaves, symbol of fidelity and eternal life, wonderfully underline the freshness of the angelic faces and the blond hair of these two sisters.

Although the child portrait became a popular genre in Europe in the 16th century, it was during the Enlightenment that it developed in France.

However, the little models were still very often subject to the codes of official portraiture, showing them in their best educated light.

The accentuated taste for more intimate representations at the end of the Ancien Régime, and the development of family sentiment, thanks to the progressive decline in infant mortality, placed the child at the centre of the picture.

From the 19th century onwards, painters no longer sought to disguise the child as a large person or as a small, picturesque subject, but sought his or her truth.

Alongside the urban bourgeoisie, who were always posing, other children played the gavroche. Naturalism would eventually have the last word in the 20th century.

The 19th century was not only the century of Delacroix, Van Gogh and Cézanne. The immense success of the Impressionists often cast into obscurity (contempt and ignorance) a great many artists practising all genres, often appreciated during their lifetime, and then forgotten.

Nevertheless, the 19th century is one of the richest in the history of painting.