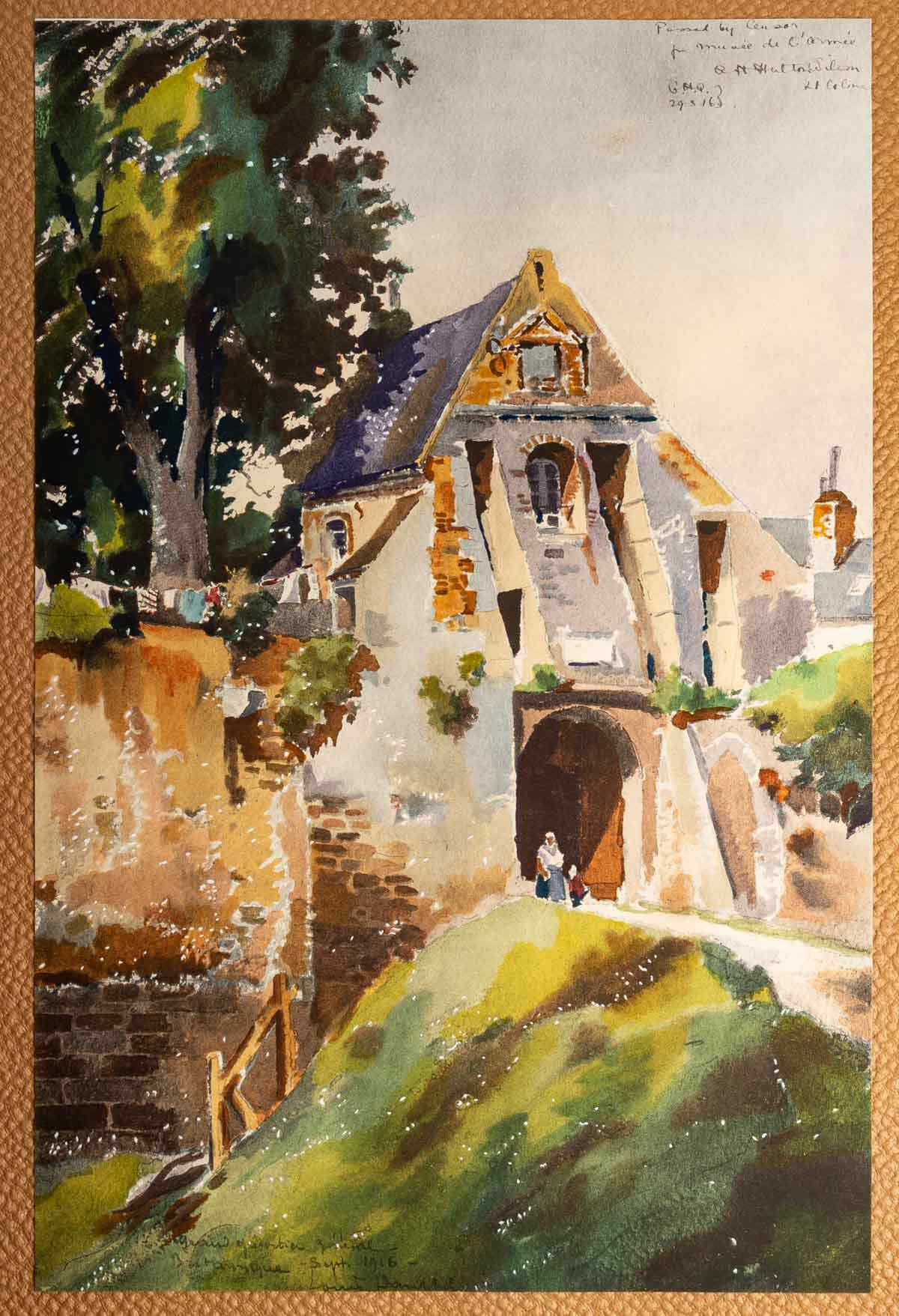 Magnificent album of 25 plates and 60 sketches, taken on the Northern front, with attestation of the commanders of the camps where they were taken, enhanced with watercolour and retouched with wash.
This beautiful album was printed in 250 copies on bubble paper, it bears the Number 35. The author is none other than Louis Dauphin, official painter of the Ministry of the Navy and the Army Museum.

He embarked on various ships of the national navy, knows Greece, Italy and Spain, and is also a painter of the Mediterranean.

Louis-Etienne Dauphin exhibited landscapes of the North at the Exposition Spéciale des Artistes Mobilisés in 1919.
In 1920, he exhibited at the Salon de la Nationale de dessins de Corfou, Athènes et Venise, from sketches taken during the campaigns in the East and in Italy.
He also painted in Provence and Spain.

This magnificent album contains a series of paintings as varied as the war itself.
All his visions have been collected with a real gift for observation and rendered with a rare intensity.

It was the British army that inspired this work, in the thick of it in real time, the allies aroused the admiration of all, by their efforts on the front of the Somme, to help in the general victory but to do so, they had to first win a difficult victory over the whole country, with the institution of the military service, universal and compulsory, which was nothing less than a revolution for this country of tradition.

An exceptional testimony on this war of 1914-1918 that our English friends named "the Great War", for its duration, its extent, its industrial dimension, its human toll, it distinguishes itself, without any doubt, from the other conflicts which punctuated the history of humanity.
macos/deepLFree.translatedWithDeepL.text