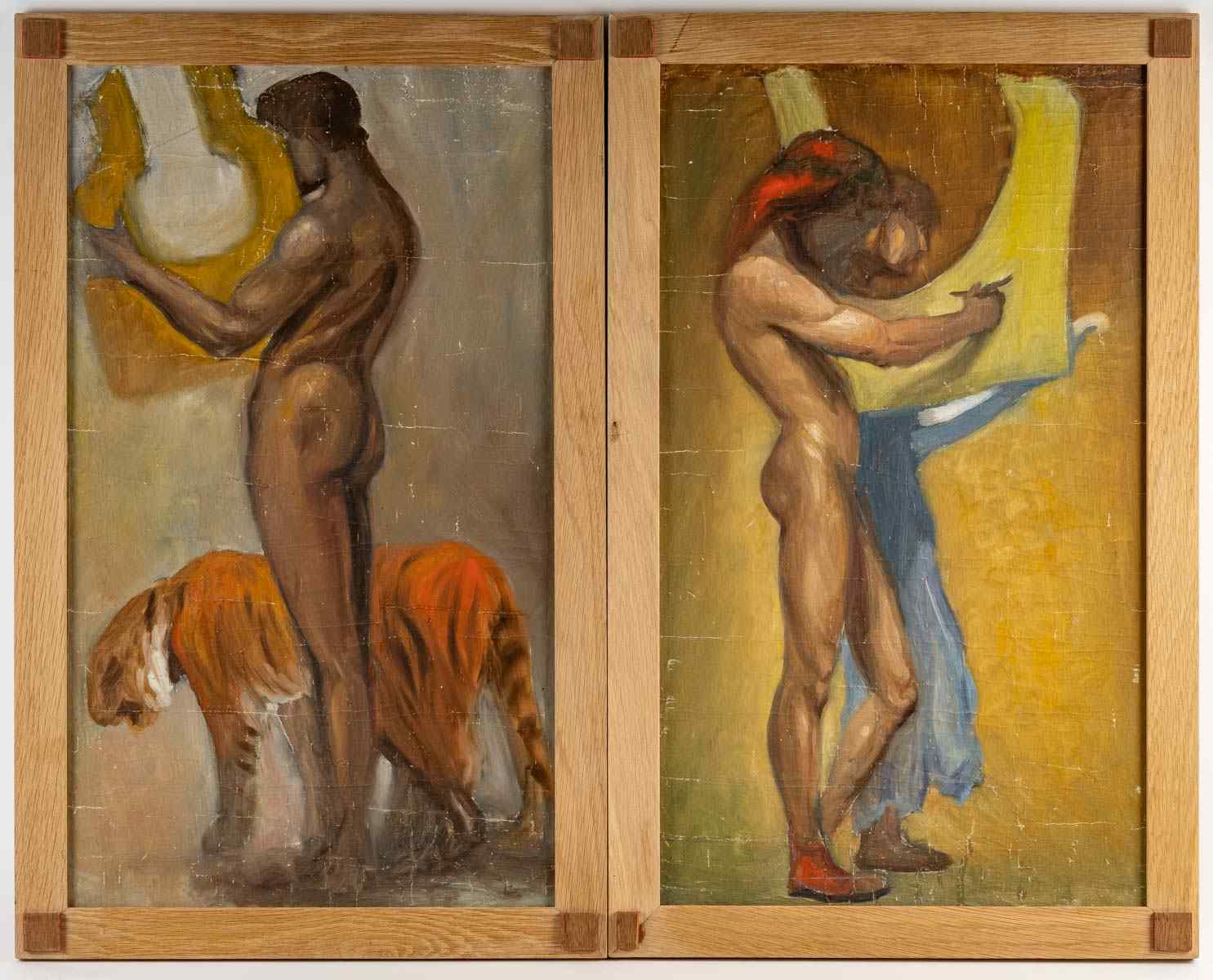 Very nice pair of academic paintings, two oils on canvas marouflaged on panels.
These two works are attributed to a follower of Paul Jouve.

The first painting is a portrait of a naked man holding a lyre, accompanied by a magnificent tiger.
The tiger representing strength, agility and power is in perfect osmosis with the lyre which is considered a symbol of unity and harmony.

The second painting represents a couple of men, in full creation.

Painter, sculptor, engraver and illustrator, often compared to Antoine Louis Barye or Delacroix, Paul Jouve was one of the emblematic figures of this singular art of animal painting in the years 1910-1930.

He was a specialist in Art Nouveau and Art Deco.

The artist's sculptural and monumental style is in osmosis with the Art Deco period between the two wars.

He will prove this with his drawings, paintings, sculptures in bronze, ceramic or porcelain, lithographs and engravings.

Paul Jouve translates with ease the character of various animal species such as tigers, panthers, jaguars, monkeys, eagles, elephants, studied like all his colleagues of the time in the zoos of Europe.

Paul Jouve devoted his life to the exaltation of the animal world and will remain without question one of the masters of 20th century animal art.