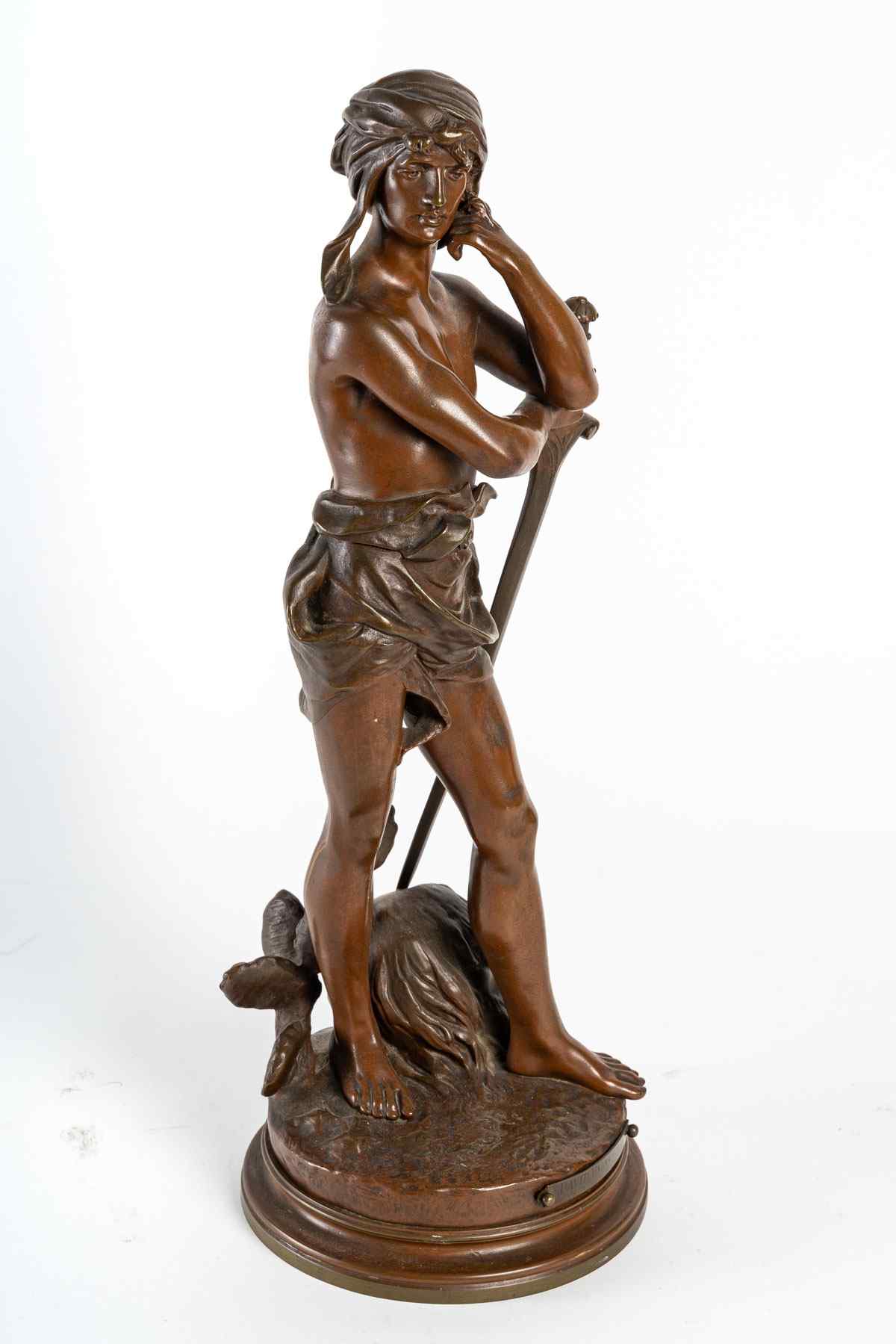 ?Magnificent statuette in light brown and shaded brown patinated bronze.
Antique cast representing King David defeating Goliath resting on a moulded circular base.
It is titled on a cartouche: "David victorious" and annotated Salon des Beaux-Arts.
It has a cast stamp on the back from the Société des Bronzes de Paris
This cast is very precise in its details, the facial features are well defined and its shaded patina is original.

Henri Honoré Plé (185 -1922) studied under Gérault and Mathurin Moreau. He worked as a painter and sculptor of portraits and bas-reliefs.

Seductive oriental figures or powerful male figures, mostly heroes from history or mythology, are an important part of this sculptor's eclectic production.

He exhibited at the Salon from 1877 and won an honourable mention in 1879, before receiving a bronze medal at the Exposition Universelle in Paris in 1900.

The founders Barbedienne and Thiébaut published bronze prints after several of Plé's works.