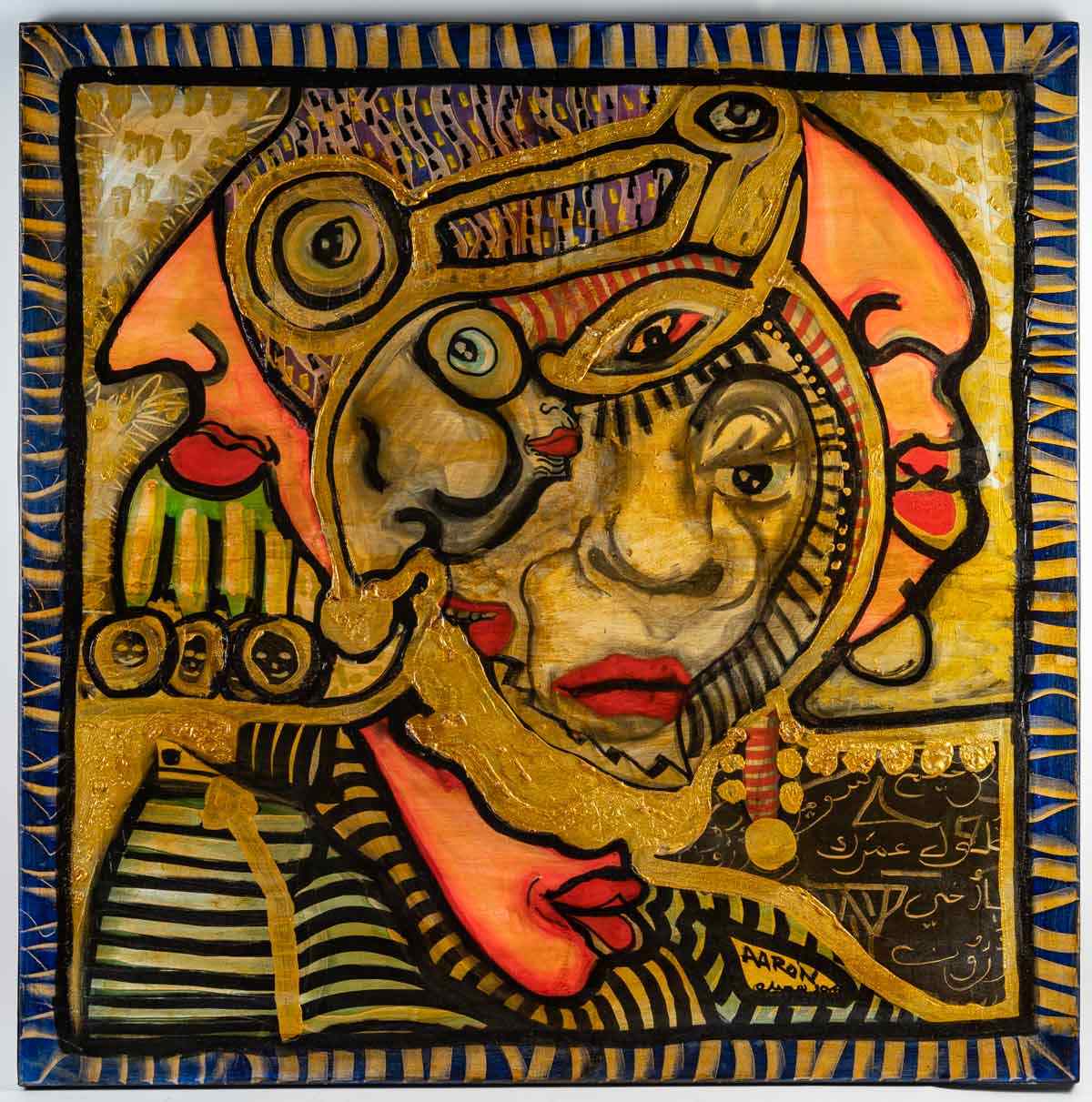 Sunshine in the eyes, with this magnificent work on canvas by the artist AARON HINOJOSA.
Our eyes are instantly attracted by its bright colours and in particular the colour gold, representing silver, which has the power to transform a single man into multiple personalities.

Born in the city of Oaxaca in Mexico, Aaron Hinojosa (1958-2018), spent part of his childhood in San Cristobal de las Casas in the state of Chiapas.

It was difficult for him to attend school because he had to support his family. In the mornings he went to school and in the afternoons he worked as a shoeshine boy in the creative market.

These years spent in contact with artists probably influenced his future life.
In 1977, at the age of 19, the weariness of his daily life and the desire to discover other horizons pushed him to emigrate to Europe.

He arrived in London and then left for Aix en Provence via Paris.
A stowaway, without papers, he survives thanks to various odd jobs and his talents as a singer-guitarist.

One day, he knocked on the door of the Beaux-Arts where he met Professor Vincent Bioulès, a French painter and one of the founding members of the "Supports/Surfaces" group (an artistic movement that was one of the founding groups of French contemporary art, both in painting and sculpture), who offered to take him under his wing.

He then left for Lyon where he decided to settle permanently.
In his small studio, he works all day, surrounded by his friends and children who are a source of inspiration for him.

Aaron brings us all the vitality and inventiveness of sunnier lands.

A source of meditation and smiles, his paintings and his fantastic animals populate the flats of many Lyonnais and the halls of certain large hotels.