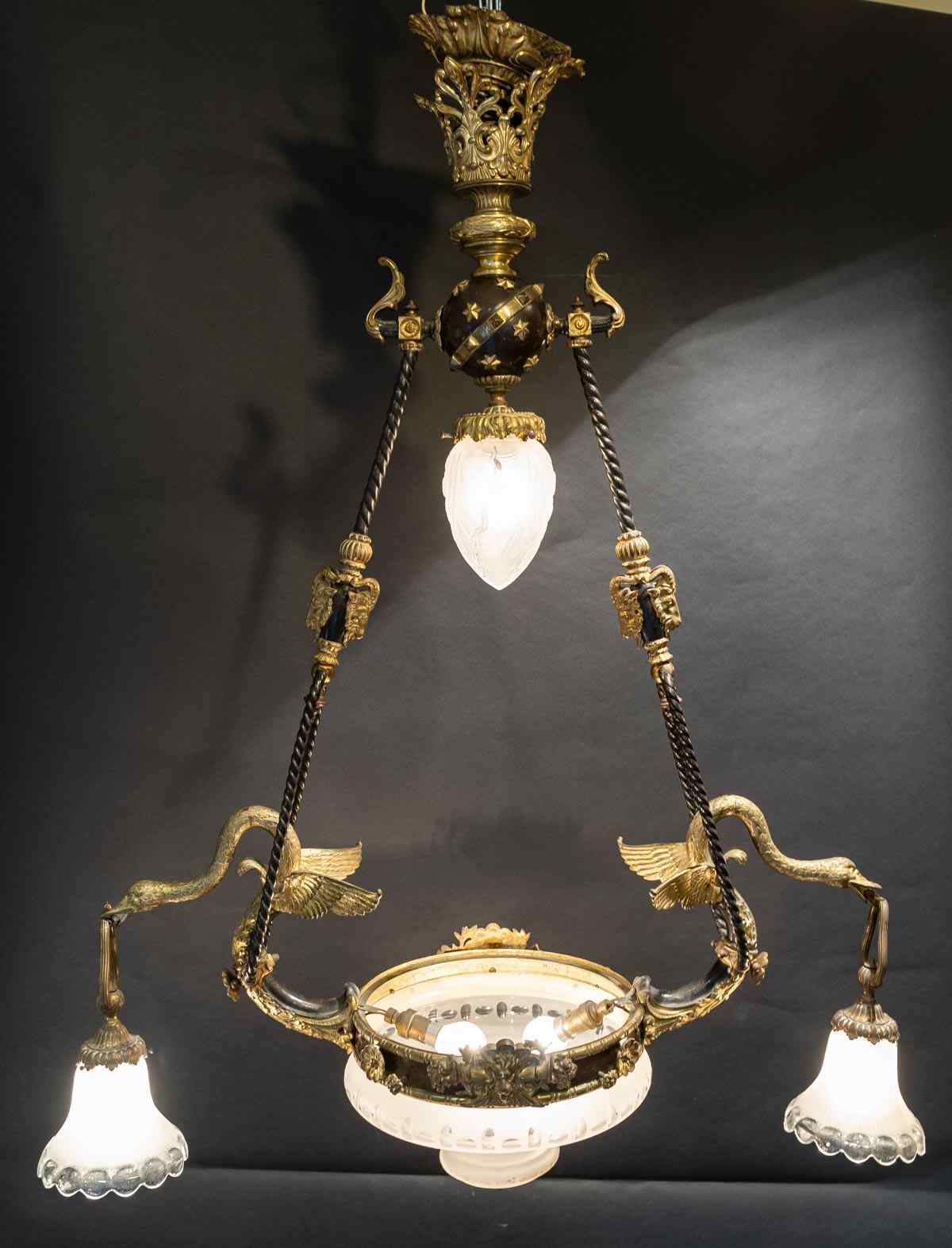 Its graceful structure is sublimated by a majestic central gilded bronze shaft composed of a patinated bronze globe, decorated with gilded stars highlighted by beautiful satin-finish flame glassware.
This set holds with elegance and refinement, two magnificent patinated bronze cords, each decorated with two majestic goat heads supporting in the lower part a frosted cut crystal cup set with a gilded and patinated bronze crown which reveals, from the back and from the front, four horns of plenty haloing two sumptuous open gules lions heads.

On each side, two arms of lights in the shape of swans with their wings spread support in their beaks two ravishing glassworks in the shape of tulips with frosted collars, where balance and lightness form a perfect alignment.
The whole is sublimated by a sumptuous gilded bronze crown like an imperial jewel.

So many symbols for this special order wanted by faithful to the emperor Bonaparte and passionate of occultism and in all points.

The globe has been a symbol of sovereignty for Roman emperors since the reign of Caracalla. Napoleon himself commissioned his own, and our globe, haloed by glittering stars, also refers to the terrestrial and celestial globes, two Masonic symbols that bear witness to the scientific knowledge of the time about the shape of our planet and its place in the universe.

The military regime set up by Napoleon Bonaparte also developed an unexpected counterpart with love and seduction.
This symbol of love was expressed through the swan, which refers to the Greek god Apollo.
The curvature of its neck embodies sensuality, as did the dolphin or the coiling of the serpent in the 18th century.

This piece remains exceptional for its rarity, its perfect conservation, its refinement in the chasing of the bronzes but above all for the symbolism expressed.