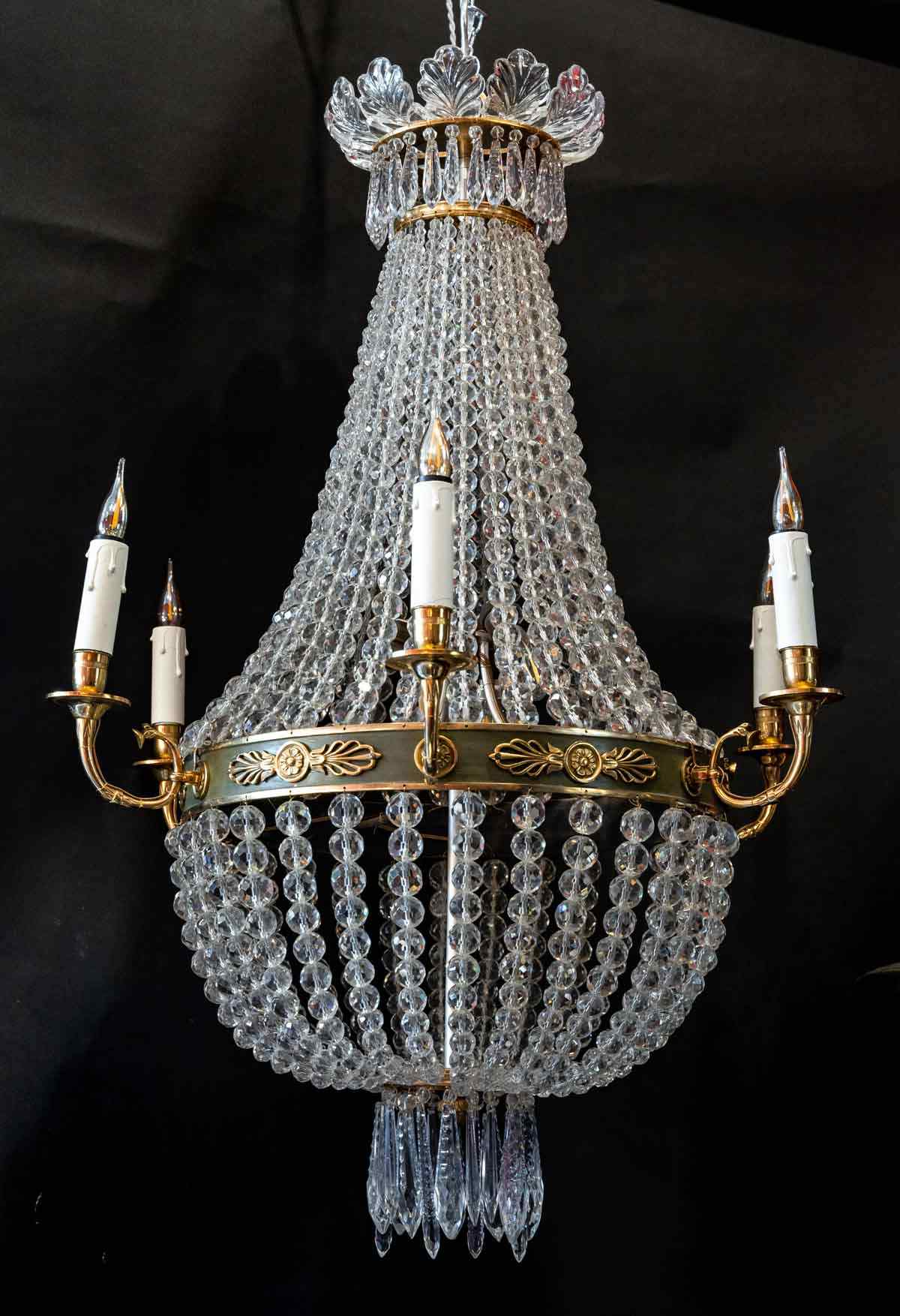 Its crystal collar, cut in the shape of an oak leaf, symbolising majesty, solidity and power, is set with vertical and pointed daggers in the form of blades.

This set magnifies a cascade of octagonal crystal pendants meticulously hand-cut in diamond cut and finished with a crown of vertical daggers.

The diamond cut allows the light from the bulbs to pass through the pendants, breaking down the spectrum of light and restoring all the colours of the rainbow.

A symbol of luxury, the Montgolfière chandelier remains world famous. It is the symbol of French elegance, illuminating the ceilings of the great presidential houses and royal courts throughout the world since the reign of King Louis XVI.

The glitter and sparkle, the refinement and finesse, the delicacy and luxury make it the undisputed and unrivalled ambassador of France.