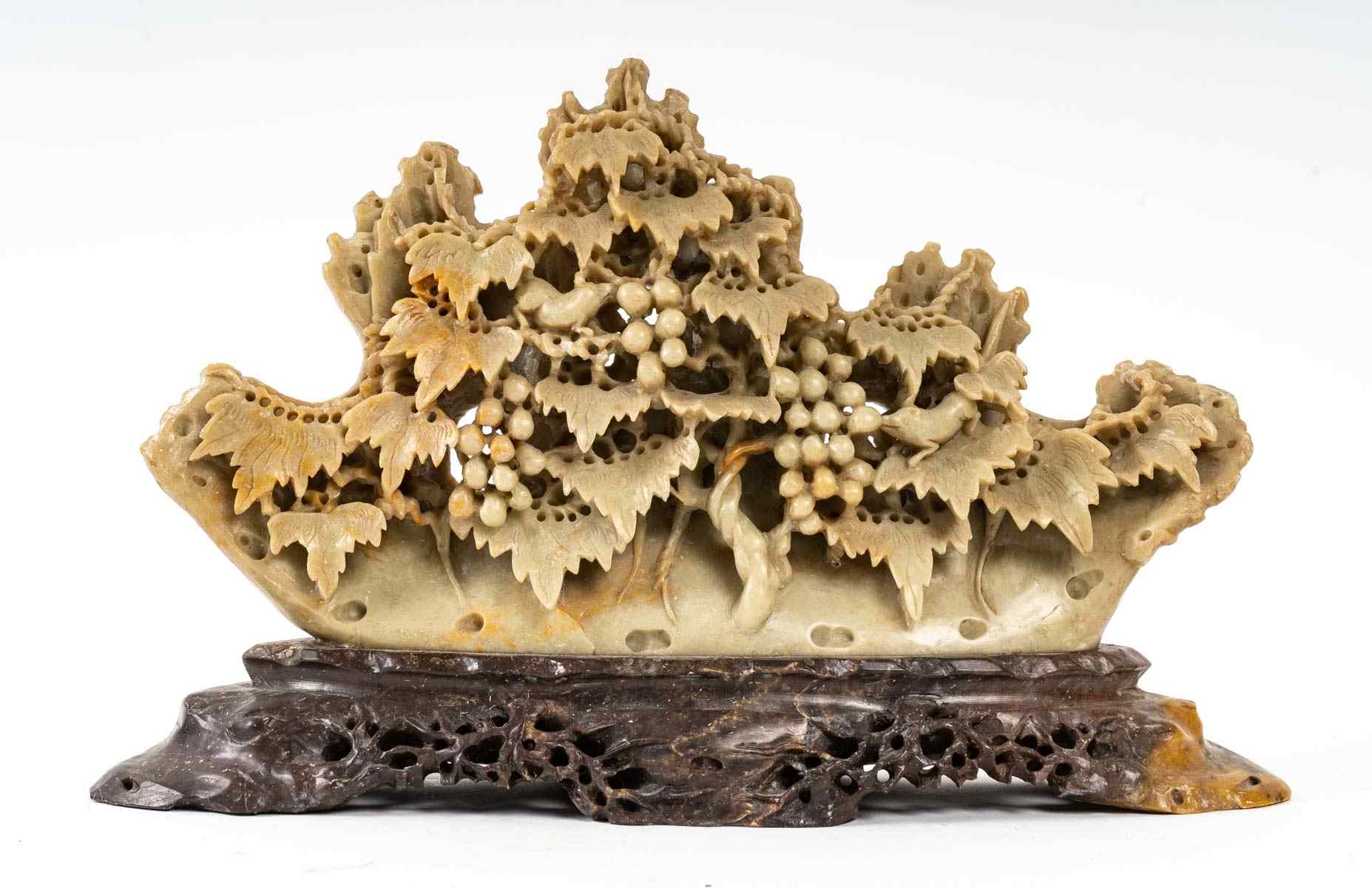 Very beautiful Far Eastern work in "lardstone". The finely carved base is made of brown stone.

This sculpture represents a vine with generous and abundant foliage and bunches of grapes.
Grapes were consumed only by the royal family in China, which is why they are now a symbol of wealth and luxury.
Grapes grow in bunches and represent family unity and harmony.

The "Lardstone" is a steatite (aluminous silicate, iron hydrate and magnesia), pale white-green in colour with grey and orange mottling.

It is a very soft type of jade, which is easy to cut, and is traditionally used in the Far East to make small objects, statuettes, Fô dogs, pagodas, magots, and sculpted and polished seals.

Composed essentially of magnesium silicate, it is also the main source of talc. This powder is easily spread by simple rubbing.

The term "lardstone" used by some authors does not really seem to correspond to steatite, which they describe as a "greasy-looking" rock.

But it is possible that the rather particular touch (a bit soapy) of this mineral produced this name and this description.

It was widely imported into Europe in the 18th century.