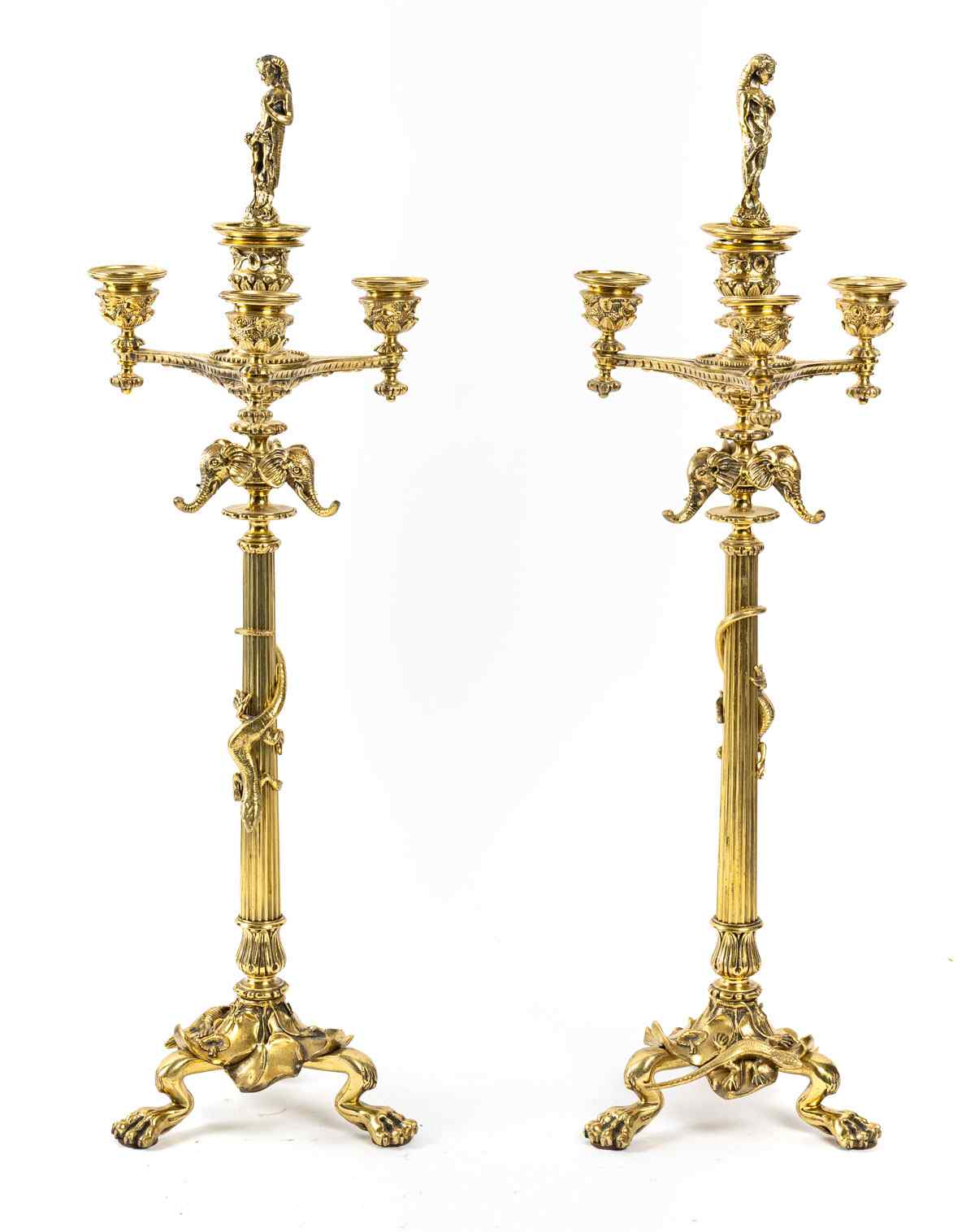 The tripod base in the shape of lions' paws is surmounted by a collar formed of aquatic vegetation where a salamander wanders.
On the elegant, straight fluted shaft, another salamander is hurrying to find its fellow salamander.

The shoulder supporting the four arms of light in the shape of an oil lamp is highlighted by three African elephant heads.
The wicks are original and removable.

A fantastic creature, guardian of this royal and symbolic fauna, half man, half animal, serving as a snuffer, magnifies the whole of this sublime realization of quality in all points.

The elephant is often seen as a symbol of strength and power.
Being a large and magnificent animal, it is logically considered a powerful and majestic creature.
Its herd-dependent way of life creates deep relational bonds based on loyalty, which develop power and a willingness to defend others.

The salamander had an amazing reputation for being able to walk through fire. This alleged power led to it being a royal symbol, among other things.

With this exceptional power, the salamander was chosen by one of our most flamboyant kings, François I, who took it as his emblem, as shown by the salamander sculpted above the main door of the Château d'Amboise.

Two royal symbols, magnificently staged, by a no less famous 19th century bronzemaker and foundryman and undisputed master of his art at that time.