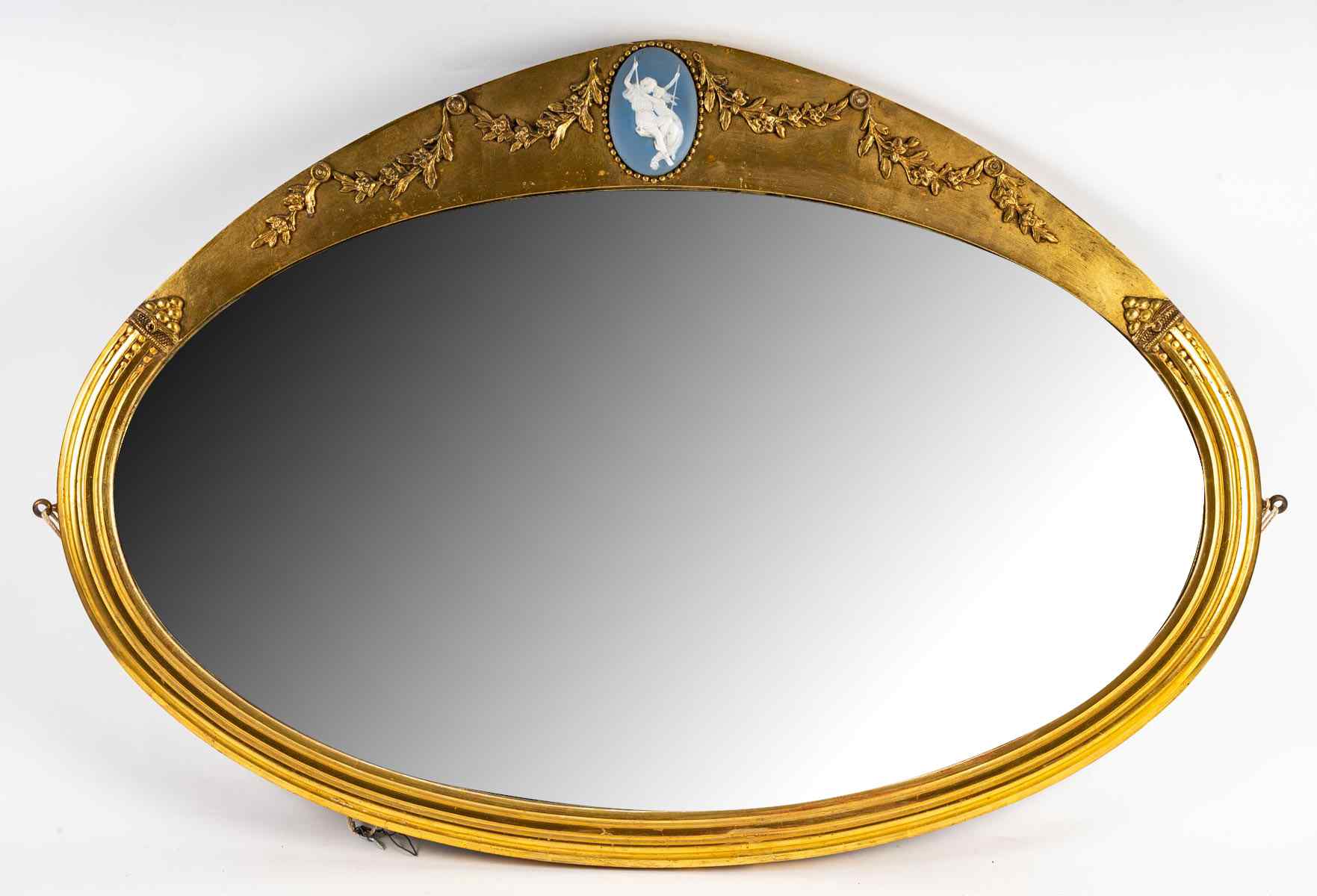 Lovely gilded wood mirror of oval shape. Its original mirror is bevelled.
Its pediment decorated with floral garlands reveals in its centre a delicious medallion in Wedgwood blue jasper porcelain representing a young couple in biscuit, sitting on a swing discovering love.

In 18th century England, potters were prosperous because raw materials and energy sources were abundant and cheap.

Coal replaced wood as a fuel and the steam engine provided power and movement.

The famous potter Josiah Wedgwood (1730-1795) conquered the world ceramic market with original products of high quality at reasonable cost, inaugurating the economic ceramics of the 19th century with their mechanised production.

Wedgwood's ceramics have been renowned since the second half of the 18th century in England and beyond.

It seduced the British crown by its novelty and quality, followed by several European courts, including that of Catherine II of Russia, who ordered a service of 952 pieces!

A tireless researcher, Josiah Wedgwood revolutionised the art of ceramics by using new materials to manufacture, first of all, "Crean-ware" earthenware, then a black basalt biscuit and, above all, a coloured jasper developed in the Etruria factory that he founded in 1768.
This factory produced pieces on an industrial scale.

As the potter was also a remarkable businessman open to novelties, he was able to understand the infatuation of his contemporaries for Antiquity following the extraordinary archaeological discoveries of Hercules.
of Herculaneum in 1738 and Pompeii in 1748.

His large-scale production of classical models known as "neo-Greek" was to have a very wide circulation.