Large oil on canvas Tondo: The Virgin in the chair 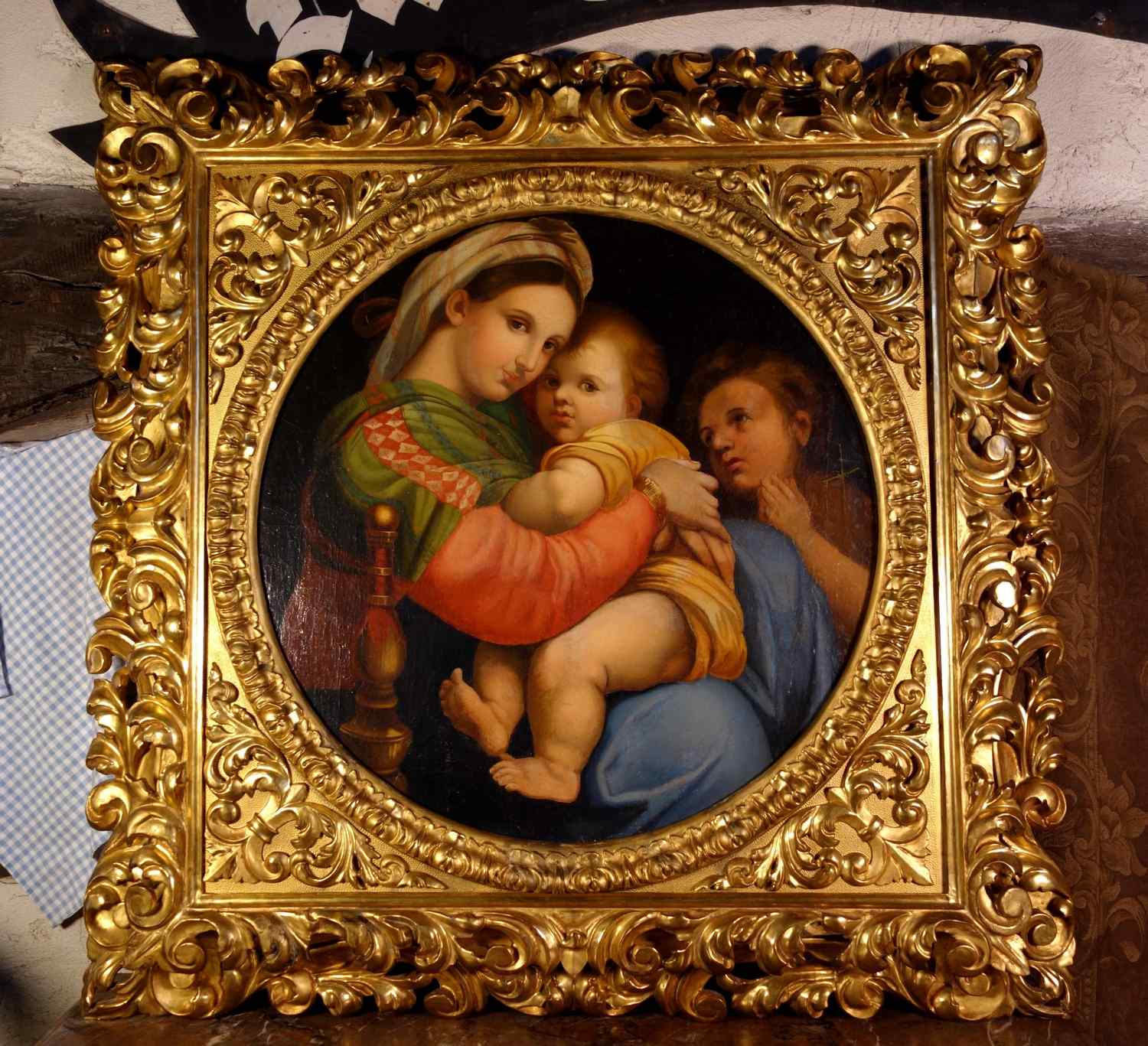 Large oil on canvas representing the Virgin in the Chair taken in a 113 cm frame.

The Madonna holding the Child Jesus in her arms, at their side Saint-Jean-Baptiste child, in an Italian gilded wooden frame with rich decoration of foliage from the 19th century.

Very decorative due to its large size and the quality of its frame.

The Madonna in the Chair by Raphael. Also called Madonna della Sedia, this religious painting exhibited at Palazzo Pitti in Florence is the work of Raphael. Painted in 1513-1514 in Rome, attested in 1589 and at the Pitti Palace since the 18th century, taken to Paris by Napoleonic troops in 1799, the painting was returned to the city of Florence in 1815.