Large painting of Napoleon according to David by Tosti 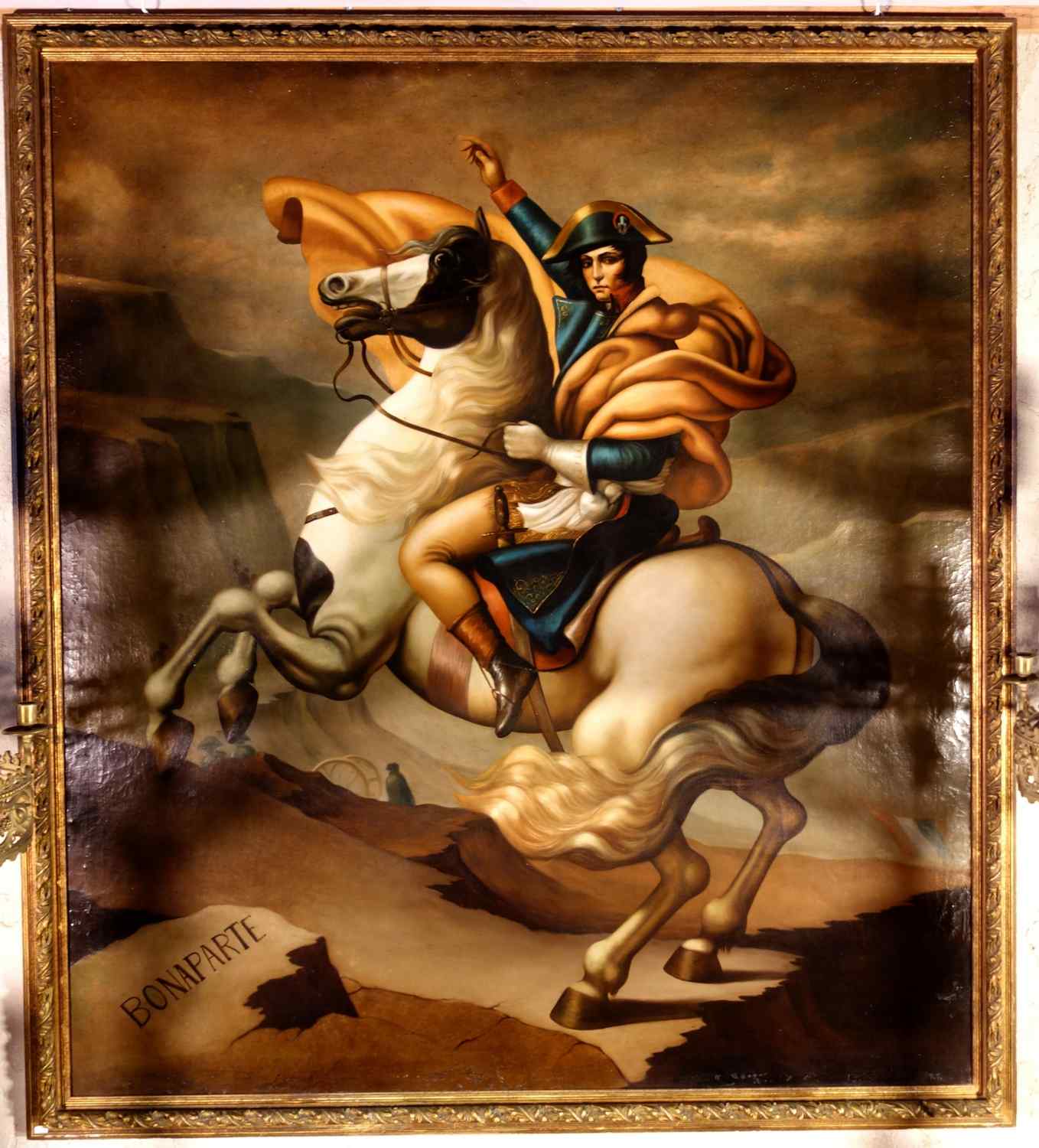 Based on the famous painting by Jacques-Louis David "Bonaparte crossing the Grand-Saint-Bernard". This is an equestrian portrait where Napoleon crosses the alpine pass of Grand-Saint-Bernard to begin the second Italian campaign against the Austrians.

Renzo Tosti made this interpretation in the first half of the 20th century. This canvas was exhibited for a long time in a Parisian palace which has now disappeared.

A work of propaganda par excellence, it was originally declined by David in five slightly different versions. These paintings now occupy the Palace of Versailles, Malmaison, the Belvedere Museum in Vienna, the Charlottenburg Palace in Berlin and the Louvre Abu Dhabi.

Typical of ancient art and neoclassicism, this impressive painting measuring 195 cm by 175 cm is a fine tribute to the Emperor.

Period first half of the 20th century.