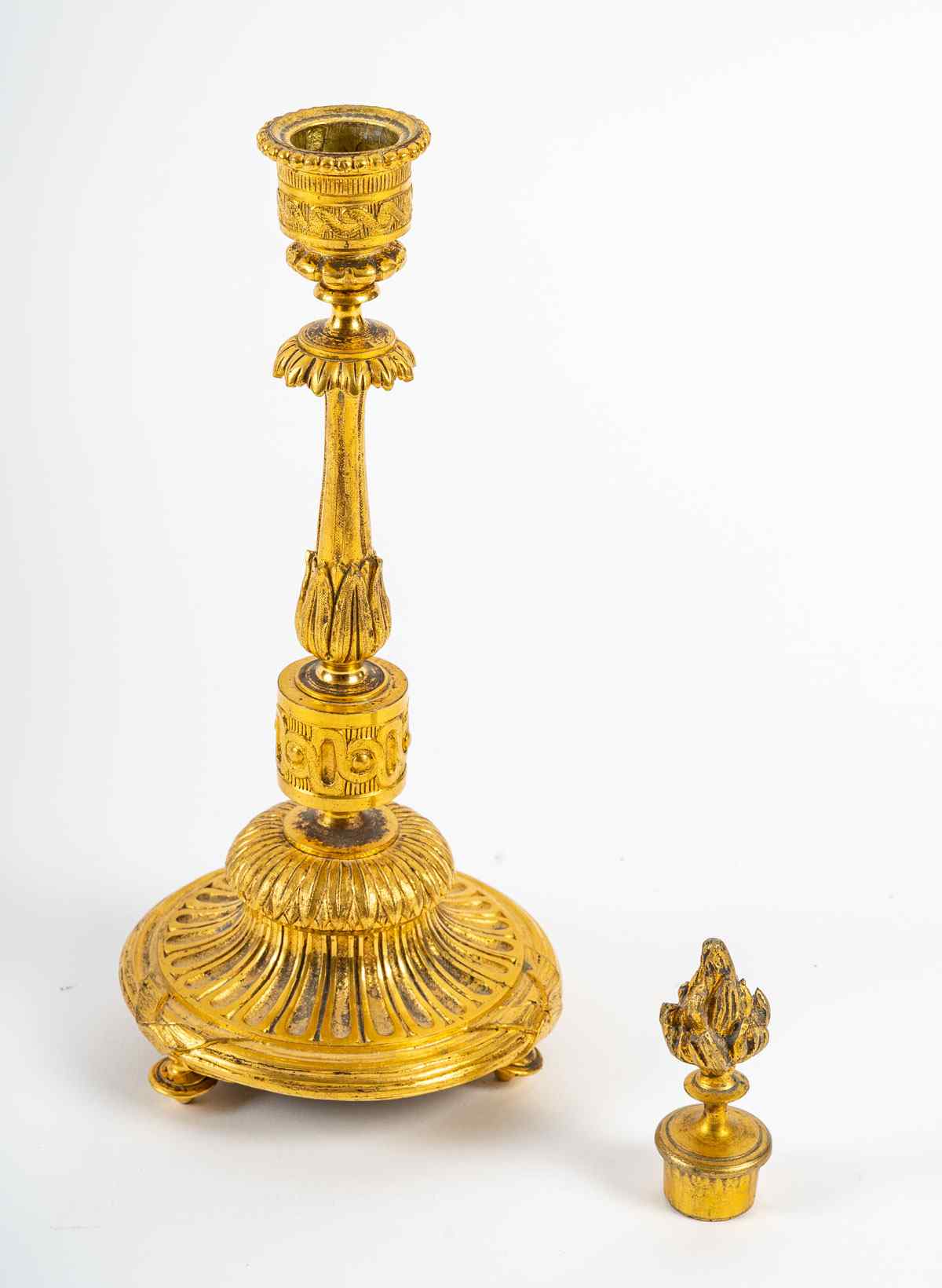 Lovely candlestick in chiseled bronze and gilded with mercury. Its fluted base rests on three top feet, a very pretty knot decorated with interlacing comes to sublimate a fluted shaft decorated with palmettes surmounted by a sleeve with a garland of finely chiseled interlacing. It is topped with a flame-shaped snuffer cap.

Did you know that under the court of Louis XIV, the candlestick was also an instrument of power? T

he famous candlestick was in vermeil and with two sockets (a particularity highlighted by contemporaries, it was not so with the queen and the princes). Every day, at the beginning of the Grand Coucher, after the first prayers, the Grand Chamberlain, the First Gentleman of the Chamber (or in their absence, the First Valet de Chambre) would ask the King to whom he wanted to give the candlestick.

The king looked around the audience and named the one who would hold him until the end of the Grand Coucher. In appearance, nothing could be simpler and yet what an assertion of authority, because the king was careful to designate for this role, which in a private home was held by the valet, only a great personage (ambassador or duke and above) and he considered himself honored by it because it came from the king and was done in the eyes of the court, which coveted this honor.

One could liken this ceremony of the candlestick to a service of honor such as the presentation of the shirt when getting up or that of the napkin during meals, but these tasks fell by right to the character present of the highest rank, it was marks of dignity, while the handing over of the candlestick depended only on the goodwill of the sovereign.

It was a mark of favour, and the object then became an instrument of power.