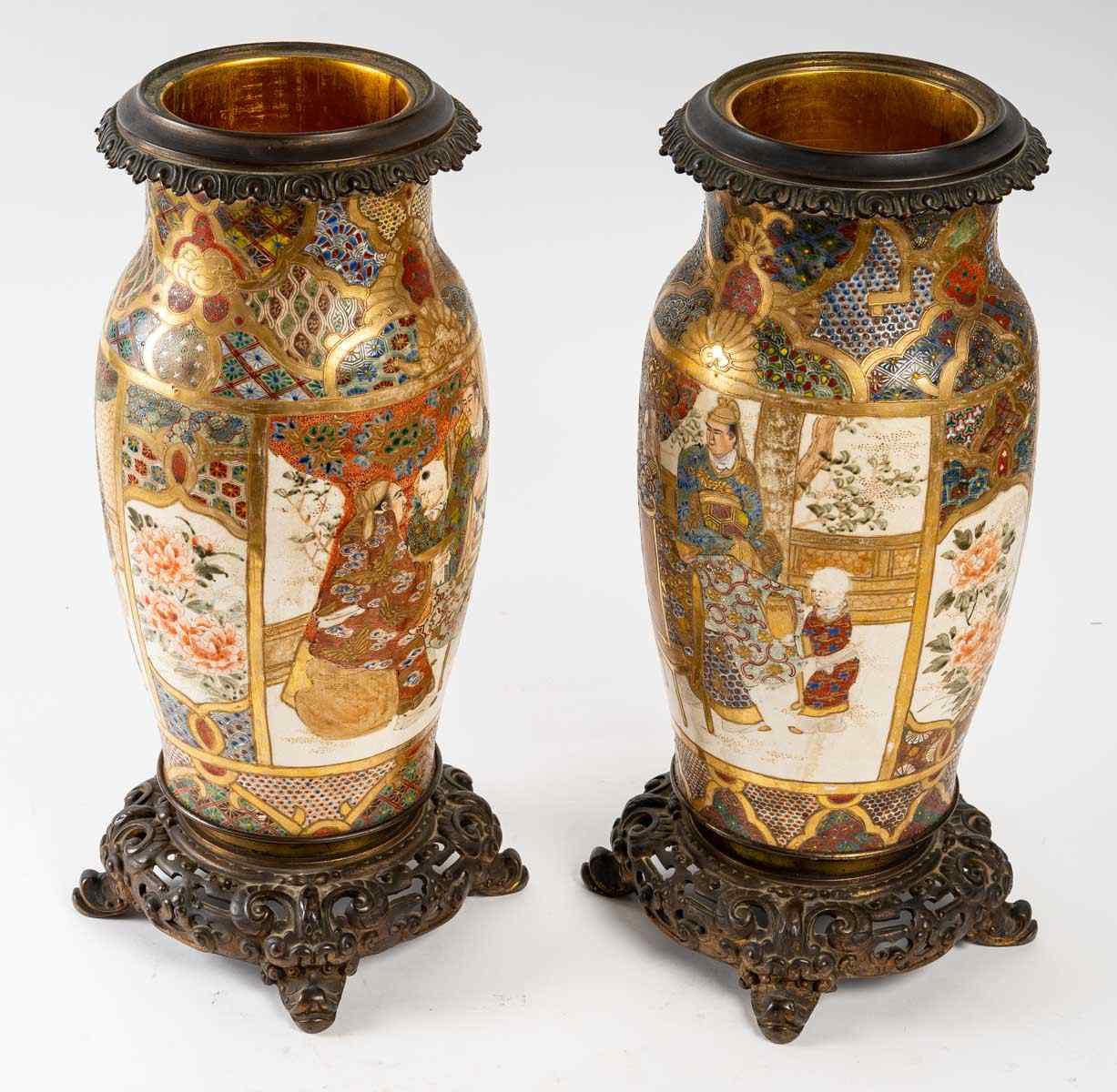 Elegant pair of ovoid ceramic vases mounted on French bronze, decorated with polychrome enamels in relief and pure gold on a white background.
The body is decorated with large cartouches representing high dignitaries in interiors.

The scenes are framed by numerous geometric motifs mixing a wide range of enamel shapes and colours in blue, green and red-orange tones.
Numerous gold highlights give this type of object the qualification of "gold brocade satsuma".

The mounts are made of chased and gilded bronze in the Asian style with a circular openwork base resting on four small feet in the shape of swans' beaks.
Ceramic from the Satsuma kilns, from the MEIJI period (1868-1912) and bronze mountings from the end of the 19th century (Old oil lamp).

Japanese ceramics experienced an unprecedented development from the 16th century onwards, when the fascinating tea ceremony was codified.

But at the time, the Japanese archipelago was in ruins, ravaged by years of civil war.
It went to war with its neighbour, Korea, between 1592 and 1598, and returned with prisoners, who turned out to be skilled craftsmen: camphor producers, beekeepers, roofers, surveyors and potters.

These were all areas that Japan had not mastered, and he learned their techniques to become one of the undisputed masters.

Satsuma porcelain has a particular style and a colourful and luxurious ornamentation.
Satsuma is the name of an ancient province of Japan, south of Kyûshû, which was united with the province of Osumi to form the current prefecture of Kagoshima.

The White Satsuma style is characterised by its eggshell colour with a transparent crackled glaze, its very fine clay, giving a compact stoneware but also its very precise but also very heavy decoration, almost systematically using gold in large quantities.
He combines abstract geometric forms and realistic illustrations (flowers, birds) in patterns or realistic scenes, commonly using the human figure in a style close to that of prints.