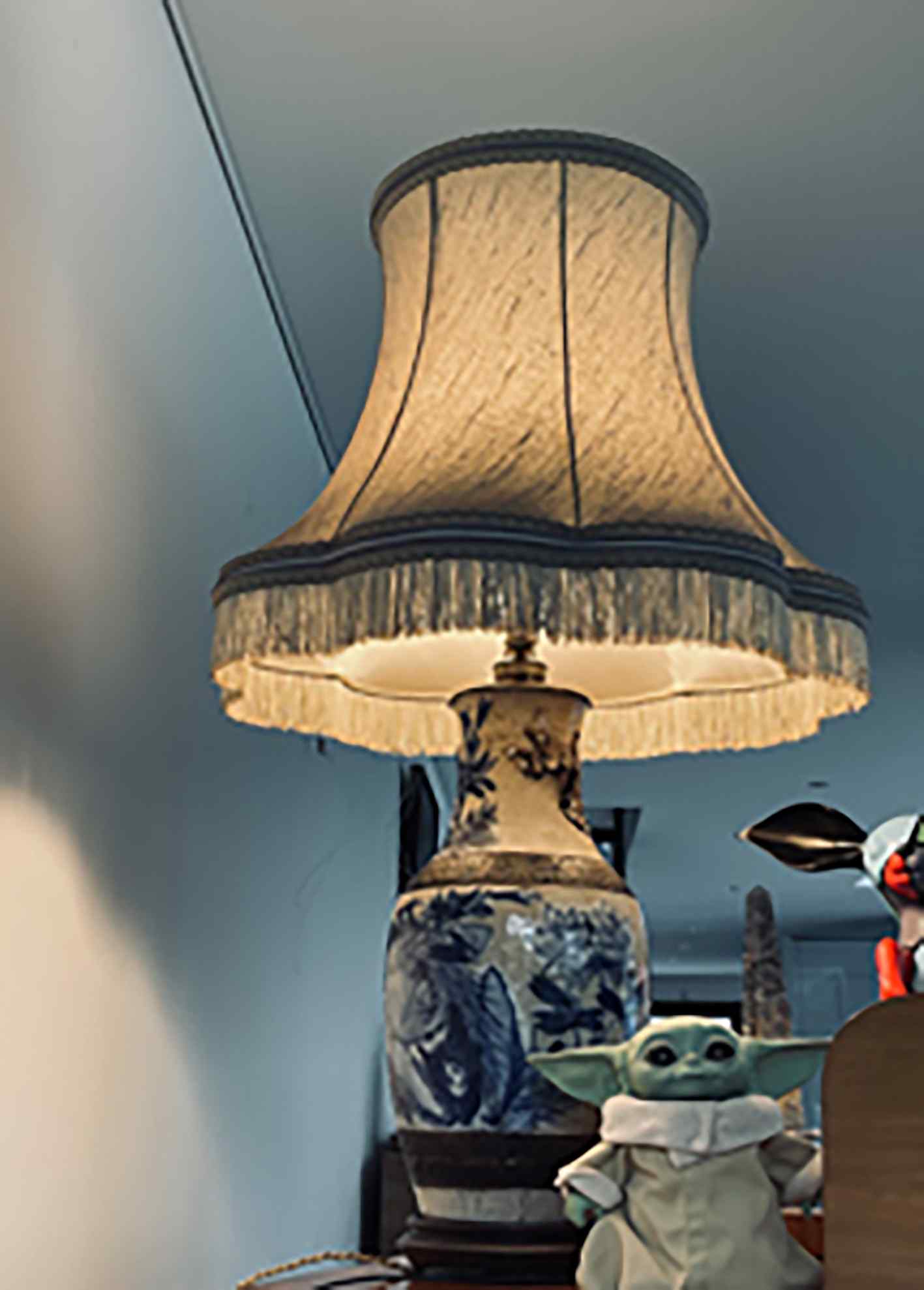 A large Nanking porcelain vase of baluster form, decorated with blue flowers on a beige crackled background, alternating with brown stoneware friezes with swastika, waves and flowers.
The neck is decorated with prunus stems in flower, in relief and openwork forming the handles.

This magnificent lamp is electrified with a twisted electric sheath of plain gold silk effect fabric and has two bayonet bulbs for lighting.

China is the cradle of hard porcelain
From the 17th century onwards, Chinese porcelain influenced foreign ceramics, notably through its exports to India, the Middle East and Europe with the Compagnie des Indes.

Chinese style decoration can be found on Delft, Rouen and other earthenware, but also on the first European hard and soft porcelains such as Meissen, Chantilly, etc...

The type of decoration of Chinese porcelain varies according to the period, the evolution of techniques and the fashions of the time.
It is necessary to distinguish the imperial productions of very great quality from the current productions. Also, the decoration for export is sometimes different from that for the domestic market.

It can be recognized by its beige crackled background (first firing at high temperature), its pink and/or light blue rotating decoration (second firing necessary in the muffle fire for these colours), its relief decorations such as chrysanthemums and peonies (chrysantemopalonian family), the carnation, the daisy, insects such as butterflies, landscapes with agrarian decoration, rocks etc...