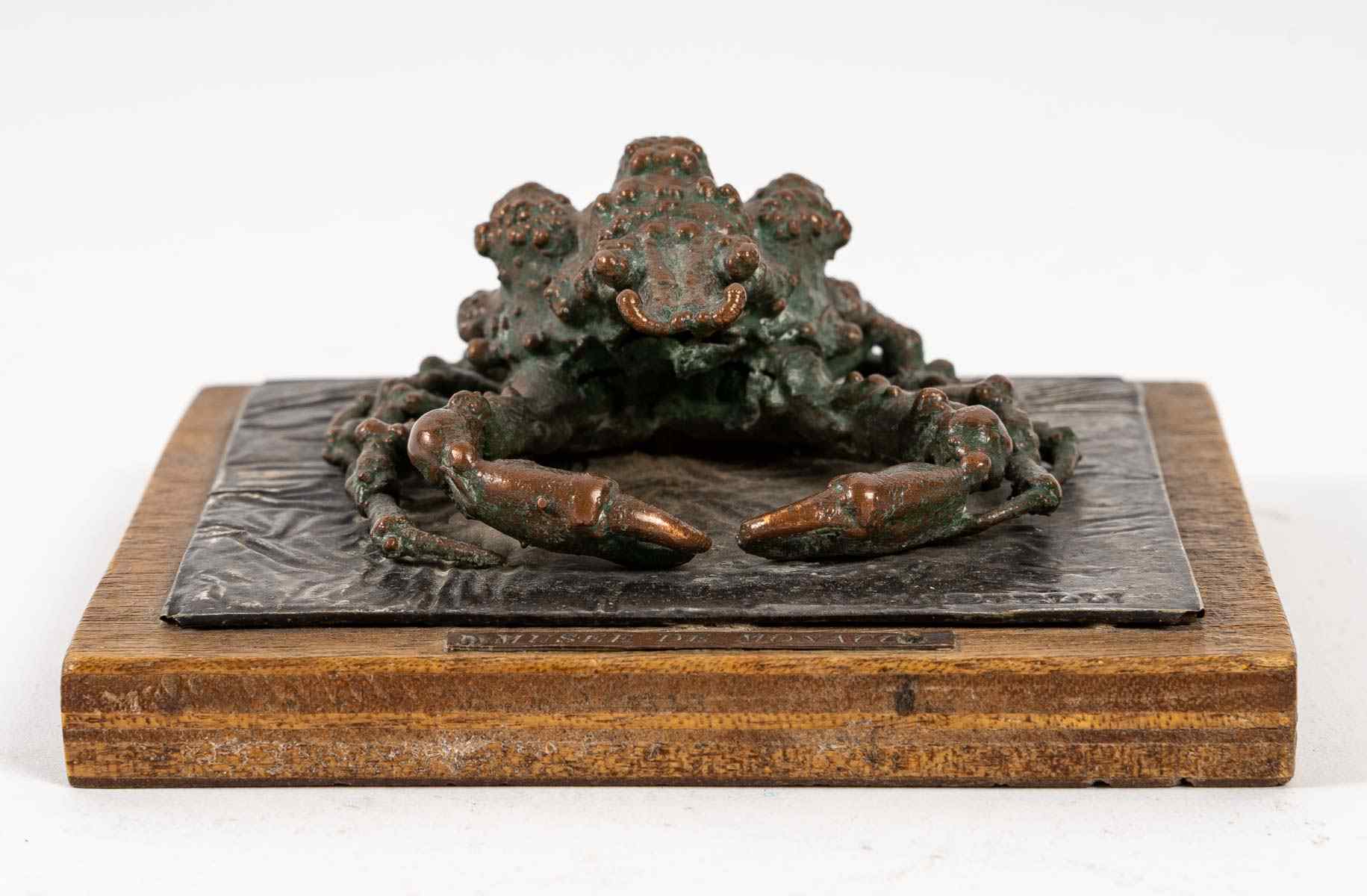 An antique bronze object, it is a souvenir of an exceptional visit to the most beautiful oceanographic museum in the world, designed and built at the very beginning of the 20th century on Monegasque territory.

Built on the side of the mythical rock of Monaco, the Oceanographic Museum has been watching over the oceans for over a century.

It is entirely dedicated to the sea, with laboratories, collections of items brought back from its explorations, aquariums of fauna and flora from the Mediterranean seabed and outbuildings.

The museum's mission is to develop and introduce oceanography to the public through the historical collections of the founding Prince, permanent and temporary exhibitions and the living collections of its aquariums.

Moreover, it is one of the most imposing buildings on the rock, along with the Palace of Monaco, the only one to be on the side of a cliff and to descend along the cliff to the Mediterranean Sea,
80 m below.

At the inauguration on 29 March 1910, the Prince-Saviour said: "Here, gentlemen, you see, the Monegasque earth has raised a proud and inviolable temple dedicated to the new divinity that reigns over the intelligences".