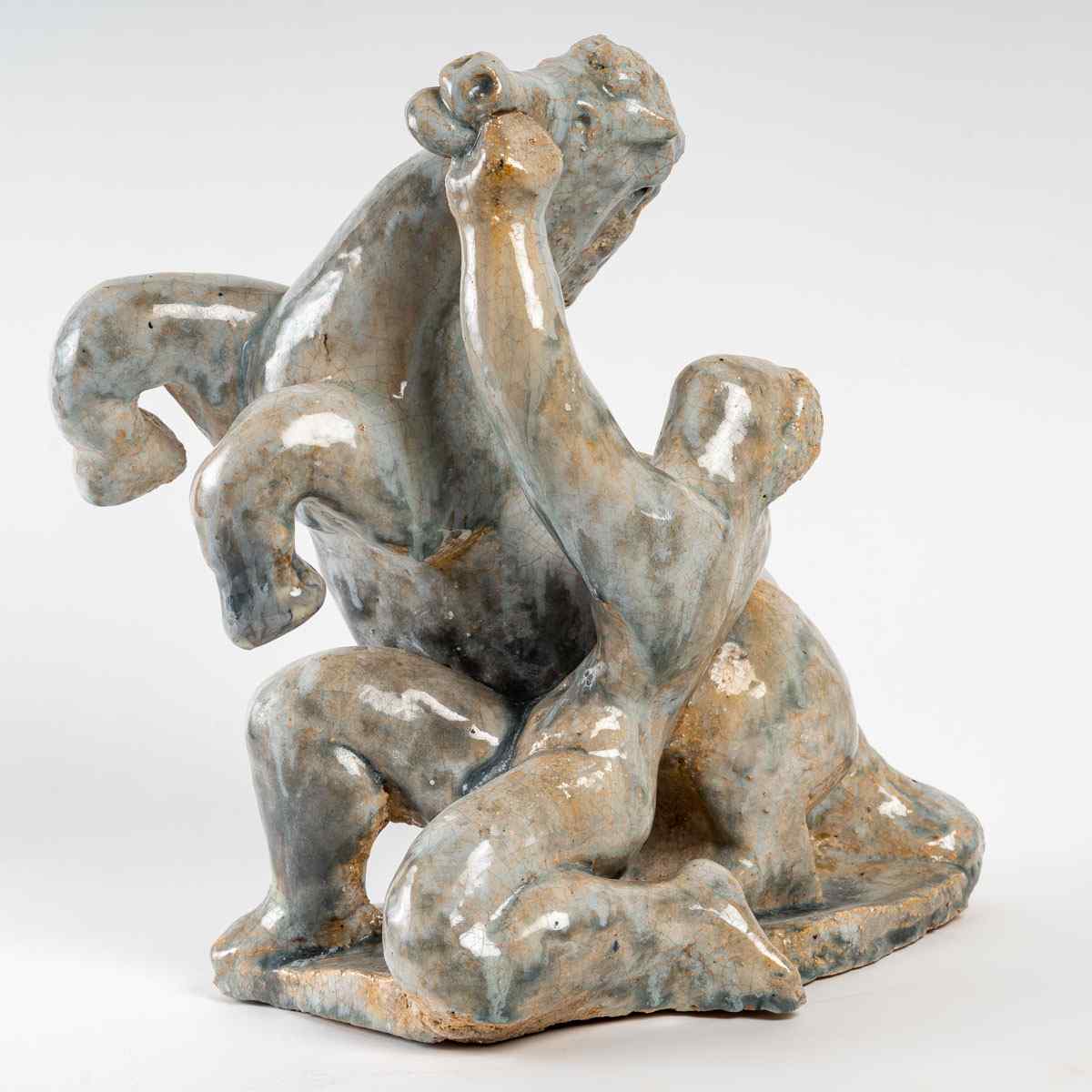 Sculpture in glazed and enamelled terracotta in a bluish greyish white colour.

It is a beautiful revisit representing one of the Horses of Marly held by its groom.
Originally, this Carrara marble sculpture, made between 1740 and 1745, adorned the drinking troughs of the Château de Marly.

Now on display at the Louvre, this work shows a rearing, spirited horse struggling with its groom, its body tense with effort.

The stallion, mane tousled and nostrils dilated, struggles to escape the man's grip.
He struggles to control the animal by holding it by its reins. The horse is struggling furiously in an impetuous fight.

The sculptor renders this confrontation with vitality and we note in particular the strength of the expression of the movements.

Modern sculpture is the art of working a material to create an artistic work.

It is a revolutionary sculpture that has cut short previous traditions to anchor itself in the present.
Chronologically, modern sculpture took its place in the art world towards the end of the 19th century with the work of Auguste Rodin, inspired by the work of Michelangelo.

Modern sculpture can be defined as the conceptual art of bringing sculpture to life where the imaginary becomes form.

Modern sculptors are artists in their own right. Their works are increasingly autonomous, authentic and non-conformist.

The development of technology has allowed sculptors to innovate their activities, they are no longer limited in the materials or techniques they use.

Imbued with realism and strength, this work by G Doric attracts us with its singularity and noble allure.