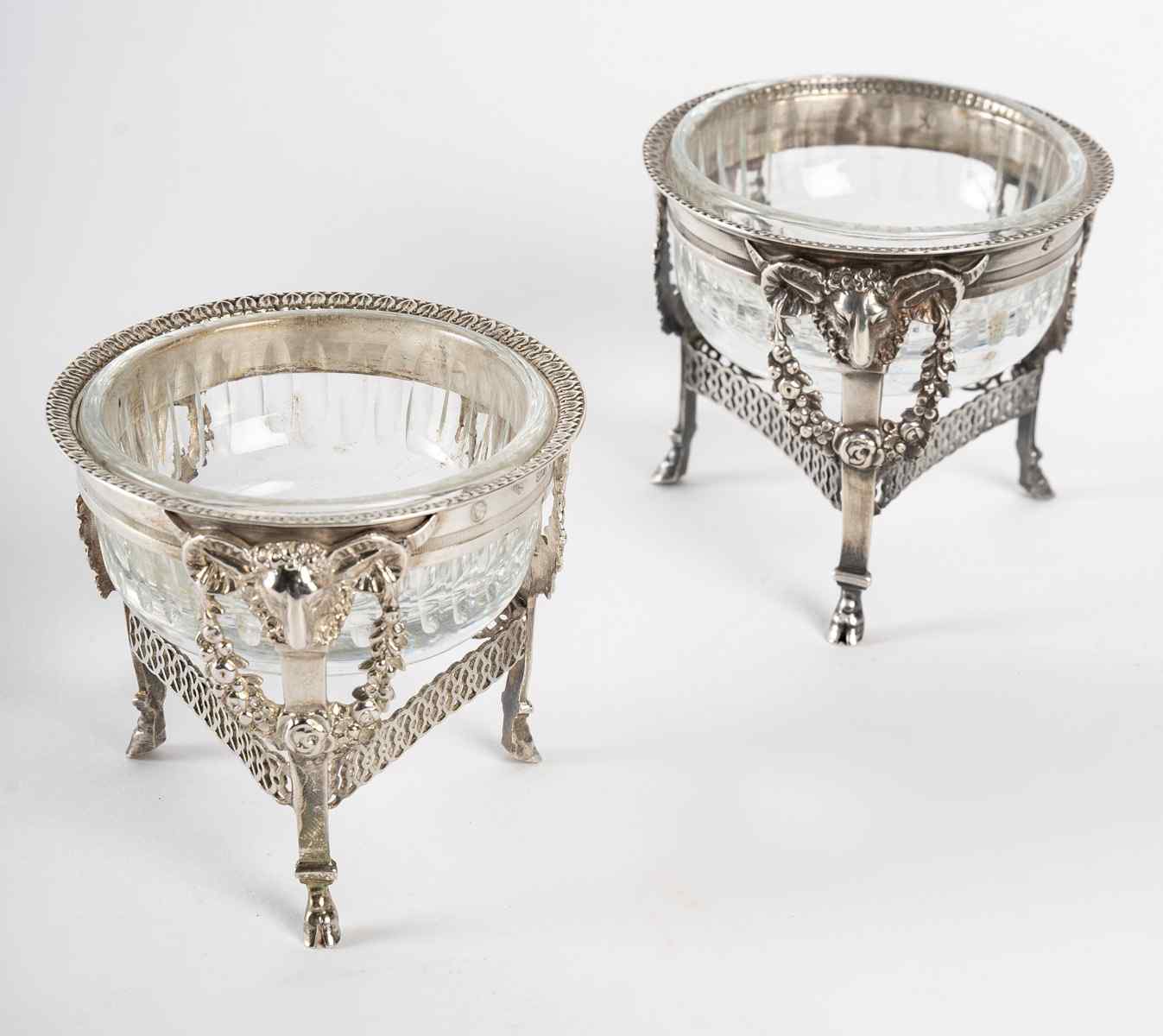 Charming pair of antique silver salverons finely chased on a tripod structure representing rams' heads resting on feet in the shape of sheep's hooves.
The salvers have their original crystal glasses.

Very beautiful work of the first quarter of the 19th century executed by Nicolas-Xavier Goulin
Goldsmith around 1830.

From the 19th century onwards, silver coins were identified by their two obligatory hallmarks. The title mark and the silversmith's mark (or silversmith's house mark).

The date of inscription of a hallmark (deposit of the imprint) and the date of its deletion (cessation) make it possible to situate with more or less accuracy the period of manufacture of a piece of silverware or silversmithing.

Also in the 19th century, the great silversmiths' houses came into being, generally by buying up the funds of small craftsmen and historical family businesses.

They supplied the aristocracy, the bourgeoisie, the last kings and emperors of Europe as well as state residences.

These houses had a shop, shop or depot in Paris, often in the Marais, with a factory or workshop outside Paris or in the regions.