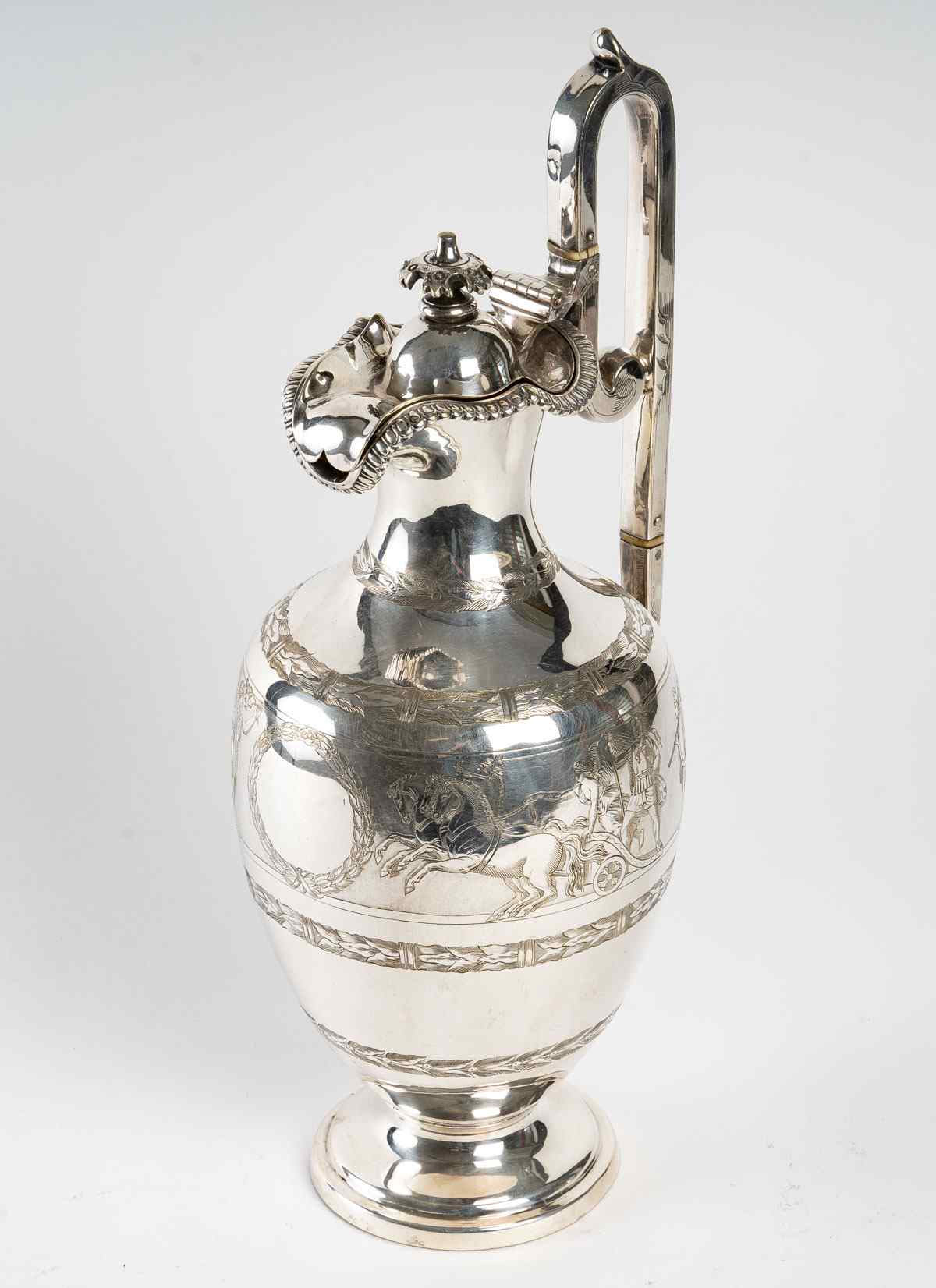 Of a very pure elegance, here is a large silver ewer, mounted on a pedestal, the ovoid body is finely chased with vegetal friezes and an antique frieze at mid-body.
It is flanked by a majestic chased applique handle.
The neck is decorated with a garland of pearls.

This very beautiful work of goldsmith, although it does not bear any hallmark, it remains by its elegance and its chasing in the purity of the objects produced by Martin-Guillaume Biennais or Jean-Baptiste Claude Odiot, Master Goldsmiths highly solicited by the emperor Napoleon Bonaparte and his wife Josephine.

The ewer is a container used to serve drinks until the 17th and 18th centuries.
Generally made of precious metal, gold or silver, finely carved and chiselled, it takes the form of an elegant vase, generally higher than wide, mounted on a foot, and having a spout and a handle.

The ewer was widely used throughout the Middle Ages and the Renaissance.
In the 18th century, it was replaced by the crystal carafe and the earthenware water jug.

This container or water pot was originally intended to serve water on tables. It was also used for washing.

The ewer is usually accompanied by its basin. Shortly before sitting down at the table, the page or lackey would hold out the basin with one hand and tilt the ewer with the other to wash his hands.