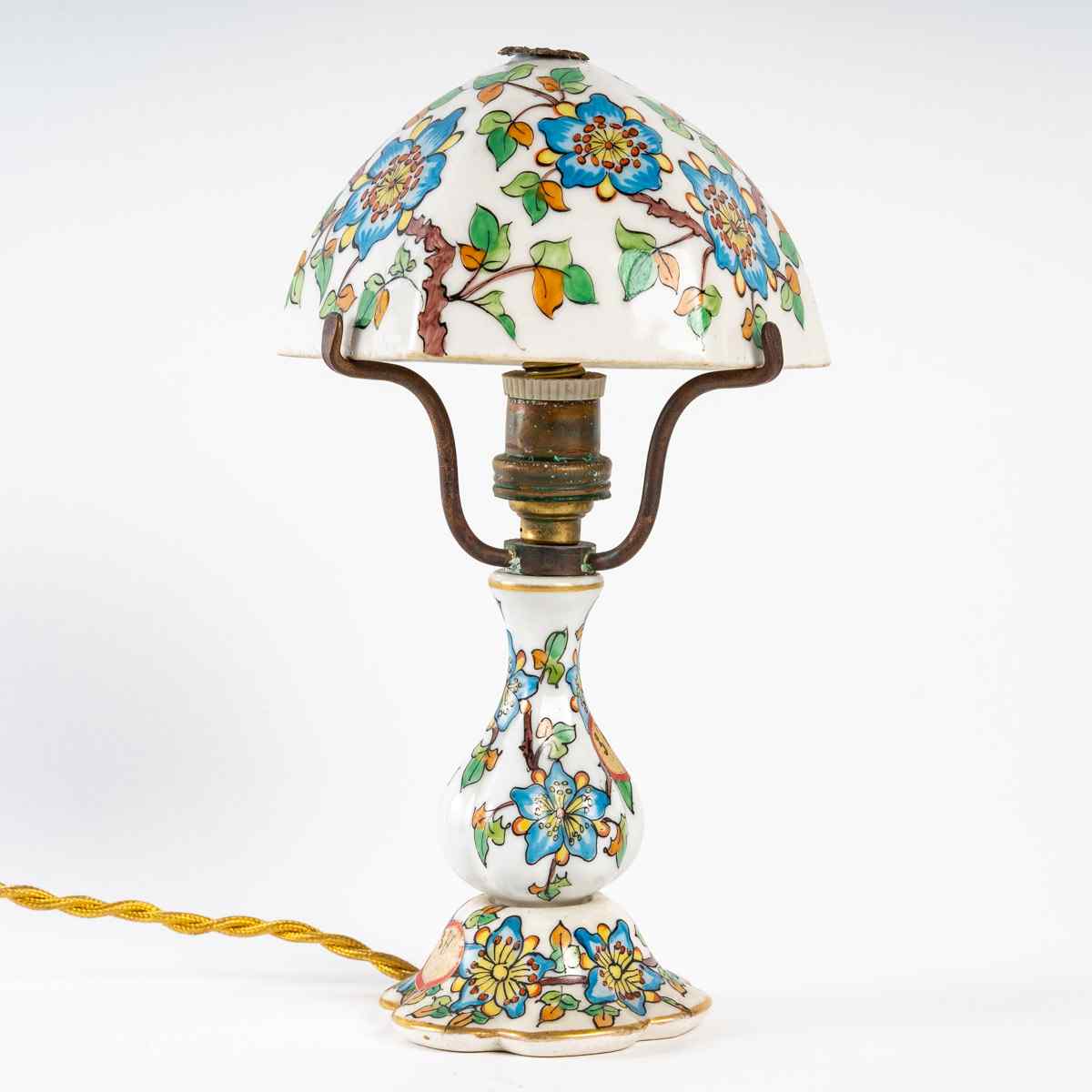 Charming and rare lamp called "mushroom" in earthenware of Desvres designed and made by Gabriel Fourmaintraux.
Very nice coloured floral patterns, bronze frame and twisted gold silk thread.
Its foot is enhanced with gold nets and still has its original numbered labels 3737.
This rare piece is in perfect condition and has no cracks, and works perfectly.

In Desvres, earthenware is a family affair. It is passed down from father to son, whether you are a worker or an entrepreneur.

The history of the earthenware factories of Desvres has known up to five generations of leaders. In addition to its know-how, each faience factory had its own tools and artistic heritage (plates, models, moulds, poncifs, vignettes, enamel recipes...) which was transmitted over time and contributed to its particularitý.

Gabriel FOURMAINTRAUX (1886-1984) belongs to the fourth generation.
Introduced to the art of clay at a very young age, he entered the National School of Ceramics in Sèvres at the age of 16.
After graduating at the top of his class, he returned to Desvres with the idea of making porcelain.
Working with his father from 1906 onwards, Gabriel created decorative porcelain articles which met with great success and were exported to South America and Japan.
The cost of production and the economic context forced him to return to earthenware in the 1930s.

The Fourmaintraux factory manufactured a wide range of ceramics including lamps, advertising objects, trophies, vases, ashtrays and tiles.
He collaborated with Fernand Léger, a painter and potter who worked in Biot in the south of France.

The association encouraged Gabriel Fourmaintraux to work in primary colours - red, white, yellow, blue on a black or white background. It also encouraged him to produce objects of various original shapes.
Most of his work was done with the help of moulds.

The post-war period saw a return to traditional historical designs.
Gabriel Fourmaintraux remained CEO of the factory until his death in 1984, and was succeeded by his grandson Olivier.