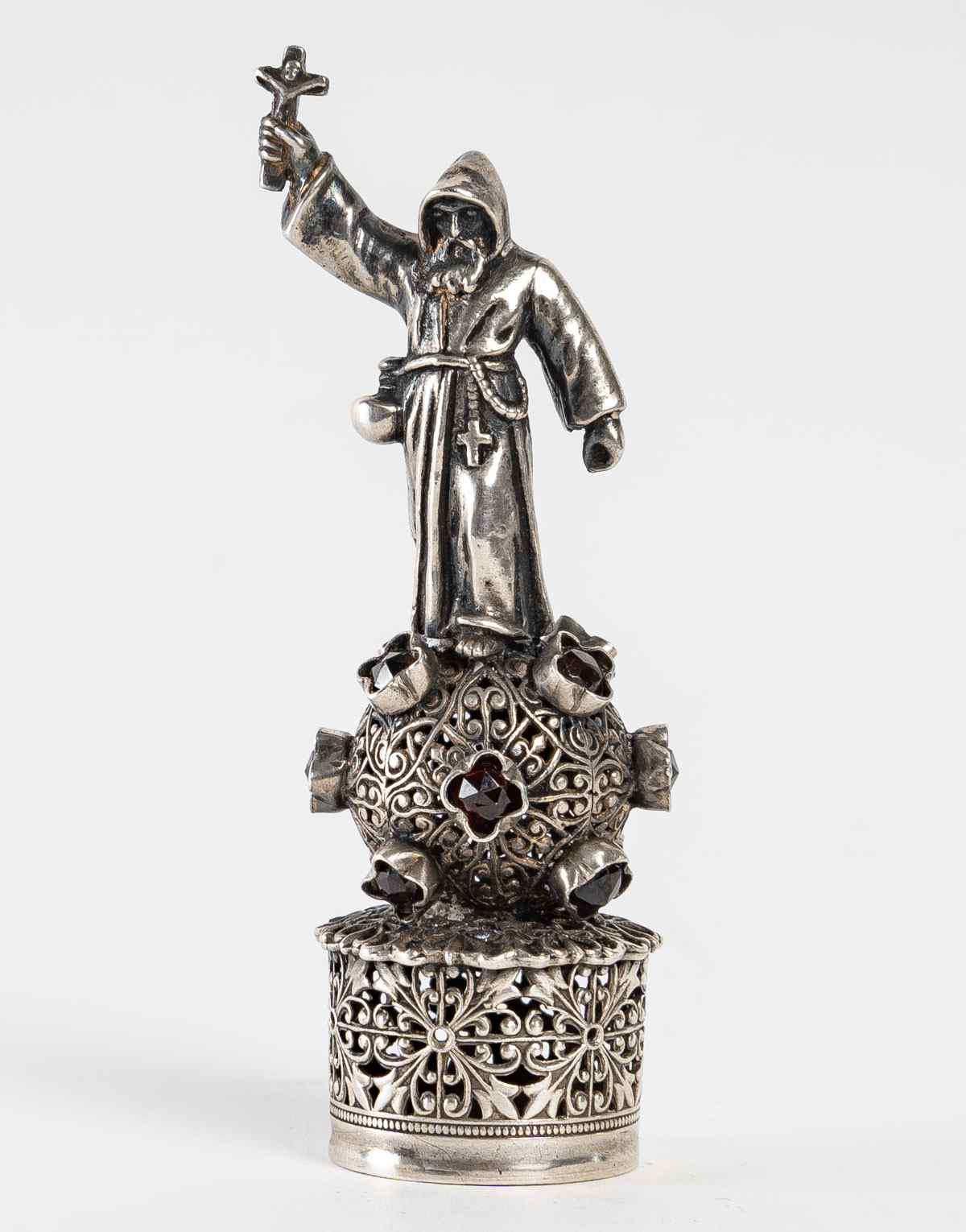 Beautiful antique seal, made of solid silver and finely chased.
It represents a religious figure dressed in a Benedictine monk's robe and brandishing a cross with his right hand.
He stands barefoot on a chased silver globe representing the Earth, magnified by 12 small inlaid "round cut" garnets.
The latter is placed on a base forming a cylinder, finely chased, monogrammed in gothic letters.

This religious figure refers to Saint Benedict (480-547), founder of the Benedictine order. He is especially considered by Catholics and Orthodox as the founder of Western monasticism.
In other words, it was he who invented this particular form of life within the Church that we will call "monk".

In his book "Dialogues", Gregory the Great recounts the miracles of Saint Benedict, and in particular his battles against the devil.

In his right hand he holds a cross. The cross represents the saving power of Christ and the work of evangelisation carried out by the Benedictines over the centuries.