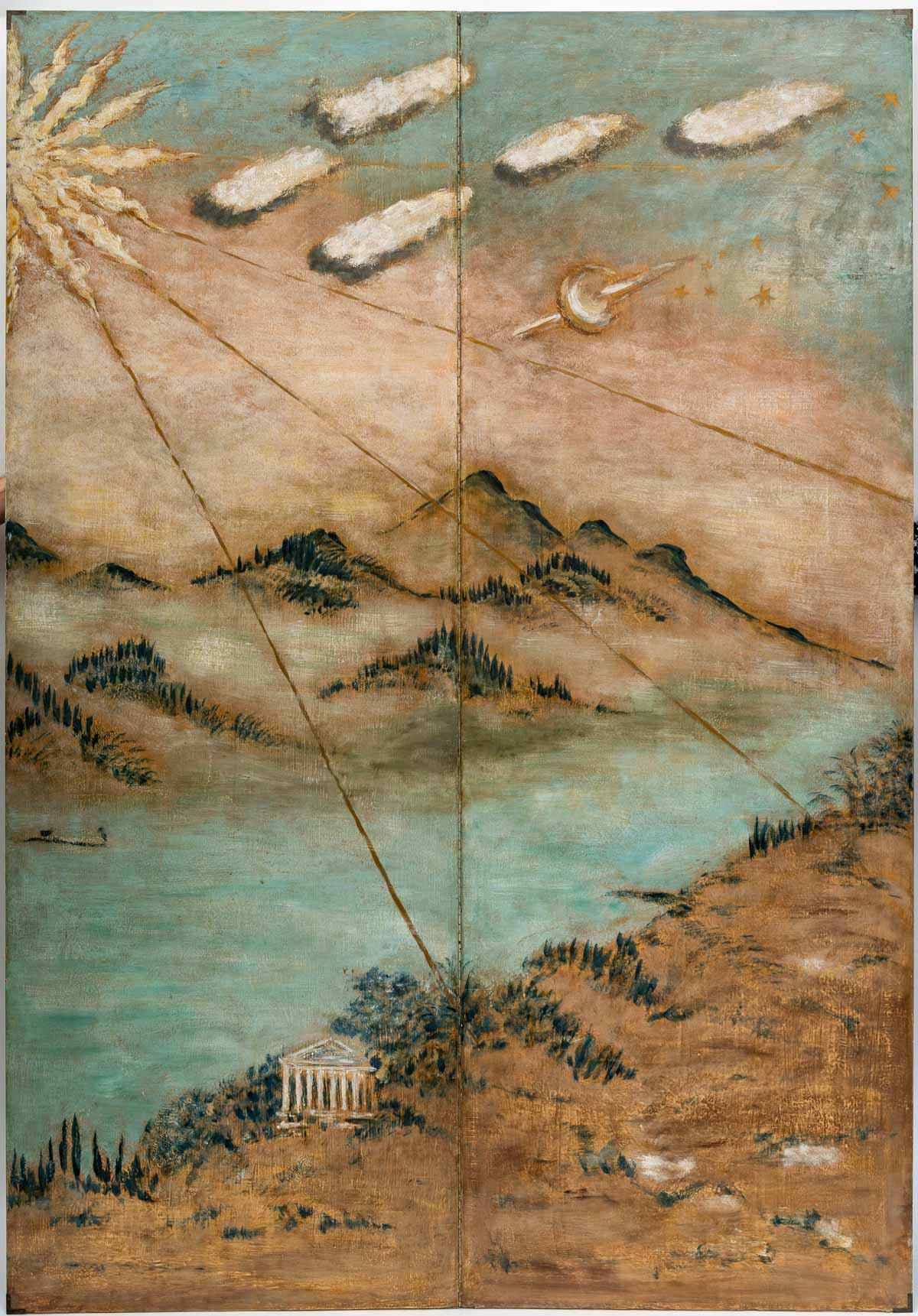 Splendid folding screen with two double leaves, linked by metal hinges, in wood painted on all surfaces.
Each leaf received an independent painting.

It reveals a magnificent antique landscape worthy of a 17th century theatre set, which played such an important role in theatrical plays and contributed so strongly to the triumph of dramas, comedies and especially lyrical adaptations.

An element of furniture and a support for painting, the folding screen is an astonishingly plastic object, folding and unfolding, uniting and dividing the pictorial surface.

If today it is used to separate a space in two, to protect from wind or light or to preserve an intimate corner from indiscreet eyes, there was a time when it was used to block demons.

It appeared in China during the reign of the Zhou dynasty (from the 11th century BC to the 3rd century BC), and consisted of a single wooden panel that became foldable during the Han dynasty.
At that time, the screen had a mystical dimension and was used for its ability to block the spirits, which were known to move only in straight lines.

The expansion of the screen and its use began with China's neighbours, Korea and Japan.
It was not until the 15th century that this object made its appearance in Europe, where it was very popular with the nobility and the bourgeoisie.

Long before its decorative use, the screen, as its name indicates, was used to protect certain rooms from draughts.
It was in the 17th century that the fashion for screens began in France on the initiative of Catherine de Rambouillet.

They were often found in the dressing rooms of actresses or in ladies' boudoirs, as they served to protect the privacy of the latter.

With the arrival of heating in homes in the 19th century, its use decreased before coming back to the forefront in the 20th century for its design aspect and for its ability to redefine the spaces of our interiors with harmony and discretion.
macos/deepLFree.translatedWithDeepL.text