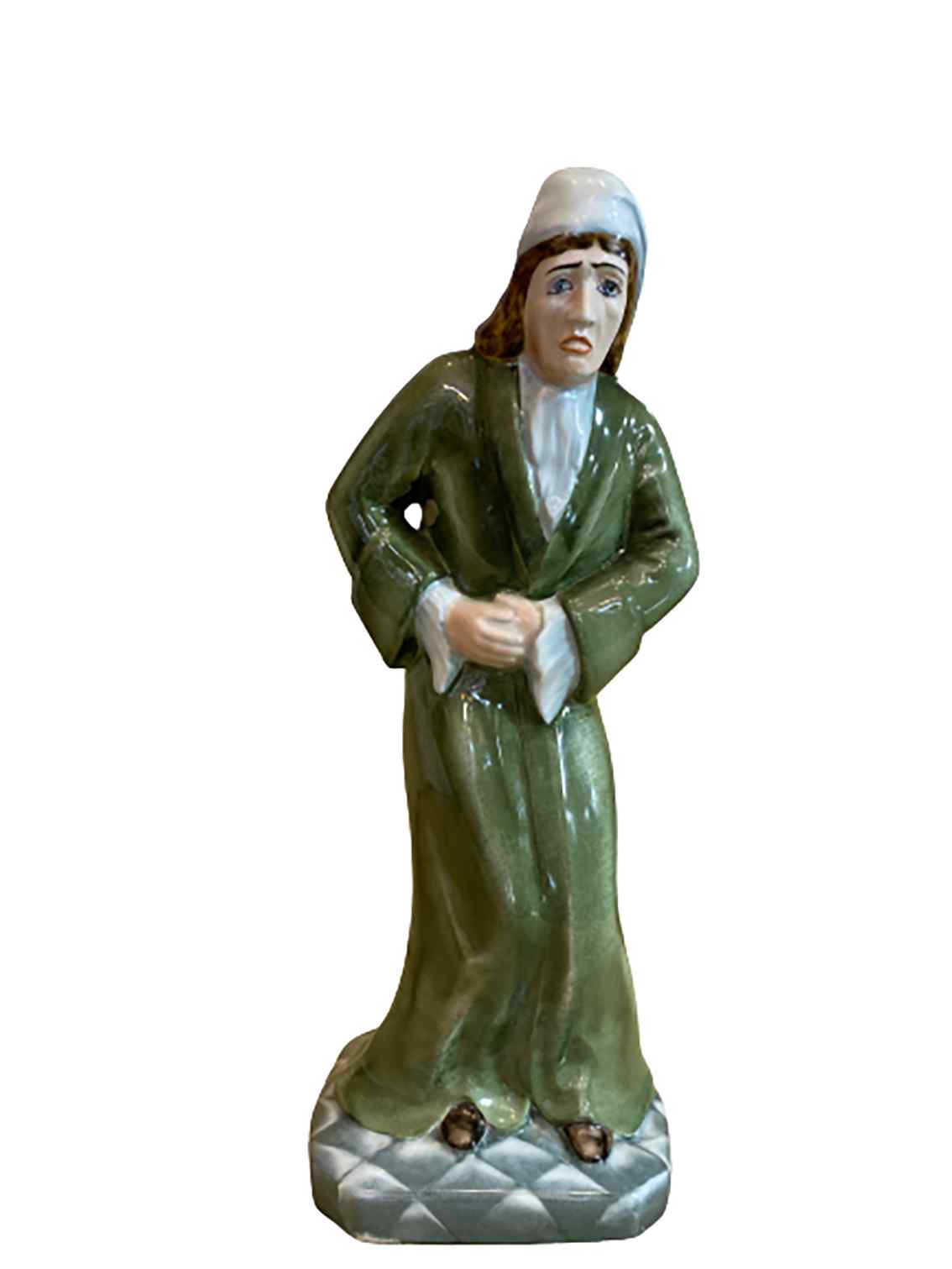 Argan is the imaginary patient, what in scholarly language is called a hypochondrium. Apart from this defect, he is rather a good man and a good father. He is, however, under the thumb of a hypocritical second wife whom he does not want to upset, as well as the doctors who exploit his belief in an imaginary illness.
Since he is blinded by this obsession with illness, he does not see that his money is being attacked. His defect makes him weak, careless with his daughters and foolish. But because he is a brave man, he comes to his senses when his eyes are opened to the true nature of those around him.

In the 1760s, a white powder was discovered in the vicinity of Limoges, in Saint-Yrieix-la-Perche to be precise, which women sometimes use for their laundry.

It is actually kaolin, one of the essential ingredients in the preparation of porcelain, along with quartz and feldspar. It turns out that many kaolin deposits exist around Limoges.
Turgot, then intendant of Limousin, quickly understood the economic interest of this discovery.
The French court represented an important market, as the king and his courtiers imported porcelain from Saxony at great cost.

The water of the Vienne would turn the mills, the forests were full of firewood, and Limoges had expert pottery makers.

Turgot supported the project of a factory in Limoges. In 1771, hard porcelain was produced for the first time in Limoges.
King Louis XV made this factory a Royal factory, which then came under the control of the Count of Artois, brother of Louis XVI.

The foresight of the people of Limoges allowed the birth of this white gold, which was to become a manna for the region.