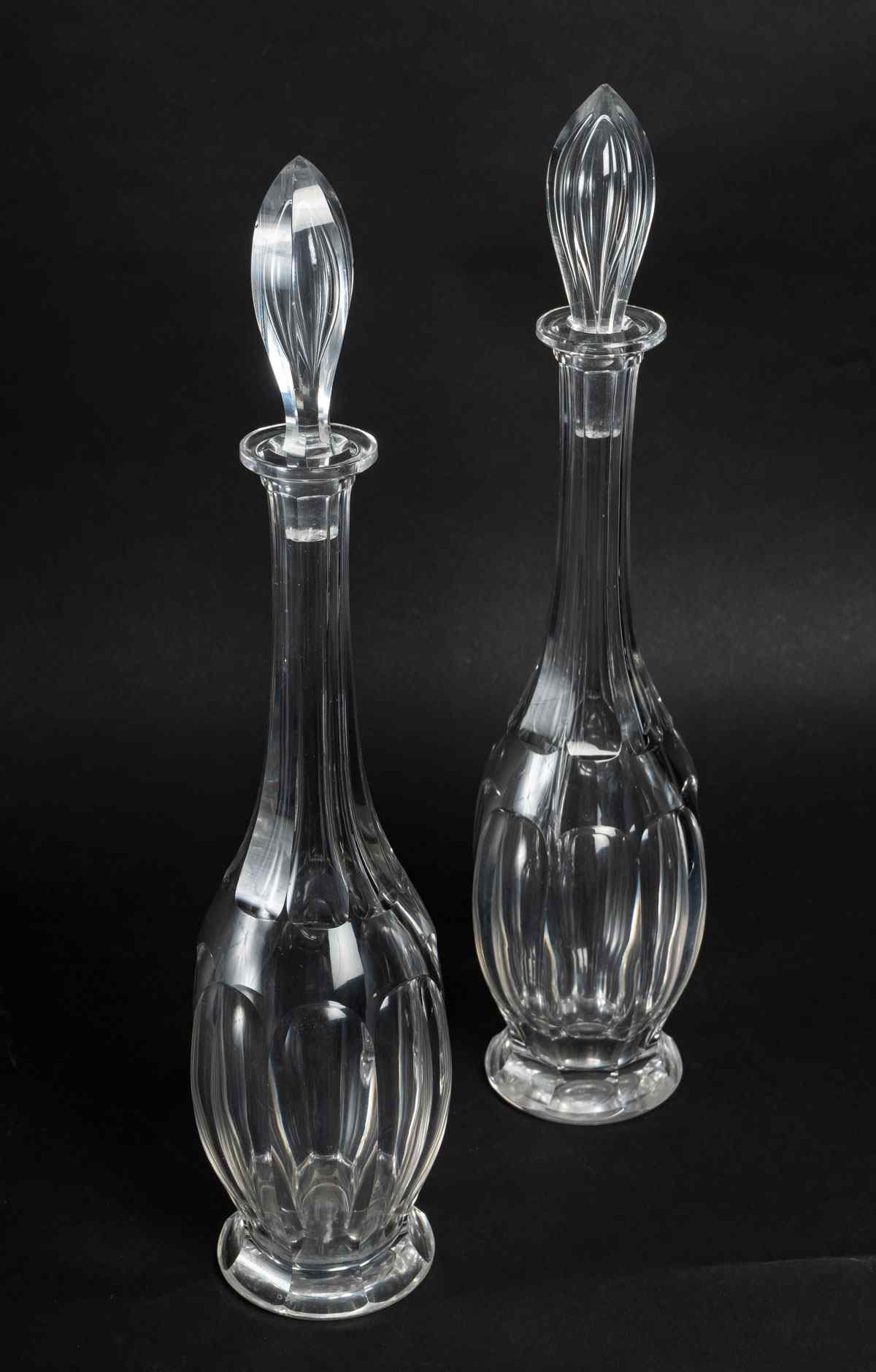 Created in 1920, then withdrawn from the catalogue in 1940, the "Joseph" model is a beautiful cut crystal model represented many times in the catalogues of the Saint Louis house.
(The early 20th century production does not bear the signature of the crystal factory).

Synonymous with luxury and festivity, crystal is the fruit of ancestral know-how and a complex and delicate production process.

In France, the Saint-Louis crystal factory was founded in 1586 in Saint-Louis-lès-Bitche, in the Münzthal valley in Moselle.

At the time, it did not produce crystal as such, but glass, as crystal was not discovered in France until 1781, one hundred years after the English, who were at the time the sole keepers of the secret of lead crystal.

In 1767, it obtained the title of Royal Glassworks of Saint-Louis by order of King Louis XV, and developed into a jewel of the French economy.
The company was founded in 1867 after the discovery of the composition of crystal by M. de Beaufort, its former director, and became the Saint-Louis Crystal Works.

From 1825 onwards, it abandoned glass and concentrated solely on the manufacture of crystal, which it supplied directly to the crown.
It was in this factory that the concept of Art de la Table was introduced, i.e. the use of several different glasses according to their use. Today, the Saint-Louis crystal factory is owned by the Hermès group, one of the leaders in French luxury goods.