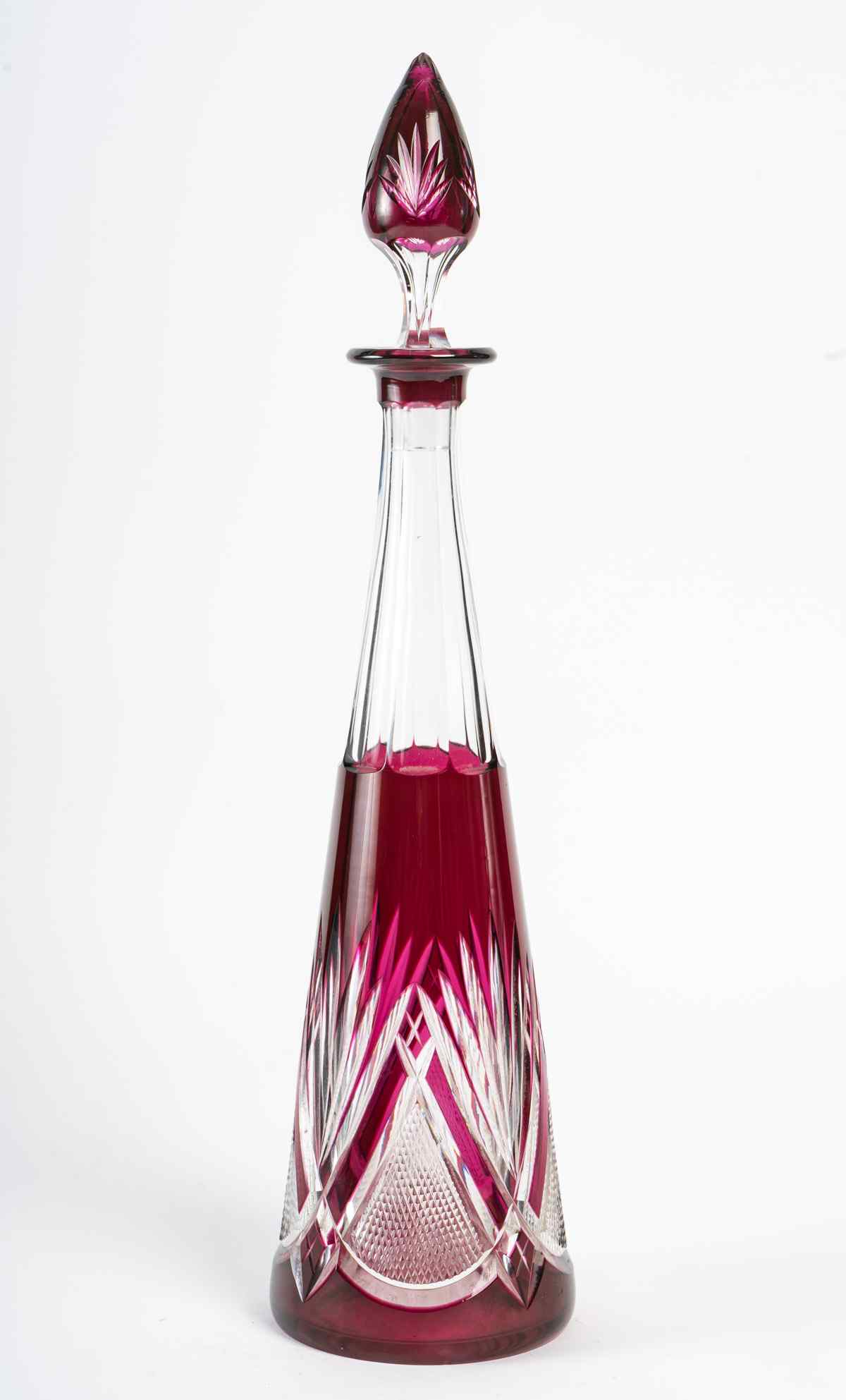 Charming carafe in cut crystal with red lining, "Eurydice" model.
This model was presented in the 1904-1905 catalogue of the famous Belgian crystal maker duVal Saint Lambert.
High and conical in shape and richly worked, this model is one of the most famous models of this great house.

In 1826, two employees of the Vonêche crystal factory created their own crystal factory in the Val Saint Lambert abbey.
François Kemlin was a chemist and Auguste Lelièvre a polytechnician. The site on the banks of the Meuse is well chosen.
The region was active in metallurgy and it was easy to obtain the lead needed to manufacture crystal.

Thanks to the financial support of Guillaume d'Orange and Baron Joseph de Bonaert, the Société anonyme des Verreries et Établissements du Val Saint-Lambert was created.
It was bought out in 1836 by the Société Générale de Belgique and its products were soon exported all over the world.
At the Brussels exhibition of Belgian industrial products in 1841, Val Saint Lambert won a gold medal for its pure, refined and coloured crystal.

At the end of the 19th century, Val Saint Lambert presents for the first time crystal creations with geometric patterns.
The success was phenomenal.

The company built huge sheds and a hundred houses for the workers. It was modernised with electric lighting, a gas factory and a railway line to the factory.
The factory was at its peak at the beginning of the 20th century. The virtuosos of crystal making, such as Dieudonné Masson, rubbed shoulders with the top designers, the Muller brothers from Nancy or Gallé and Daum, then Joseph Simon and Philippe Wolfers.

The technical genius of crystal and the art of sublimating everything it touches enabled it to be invited into the highest spheres, from the tables of Belgian and European high society to the courts of the Russian tsars, the palaces of the maharadjas, the liners of the Red Star Line or the Orient-Express. Elegance in its purest form.
macos/deepLFree.translatedWithDeepL.text