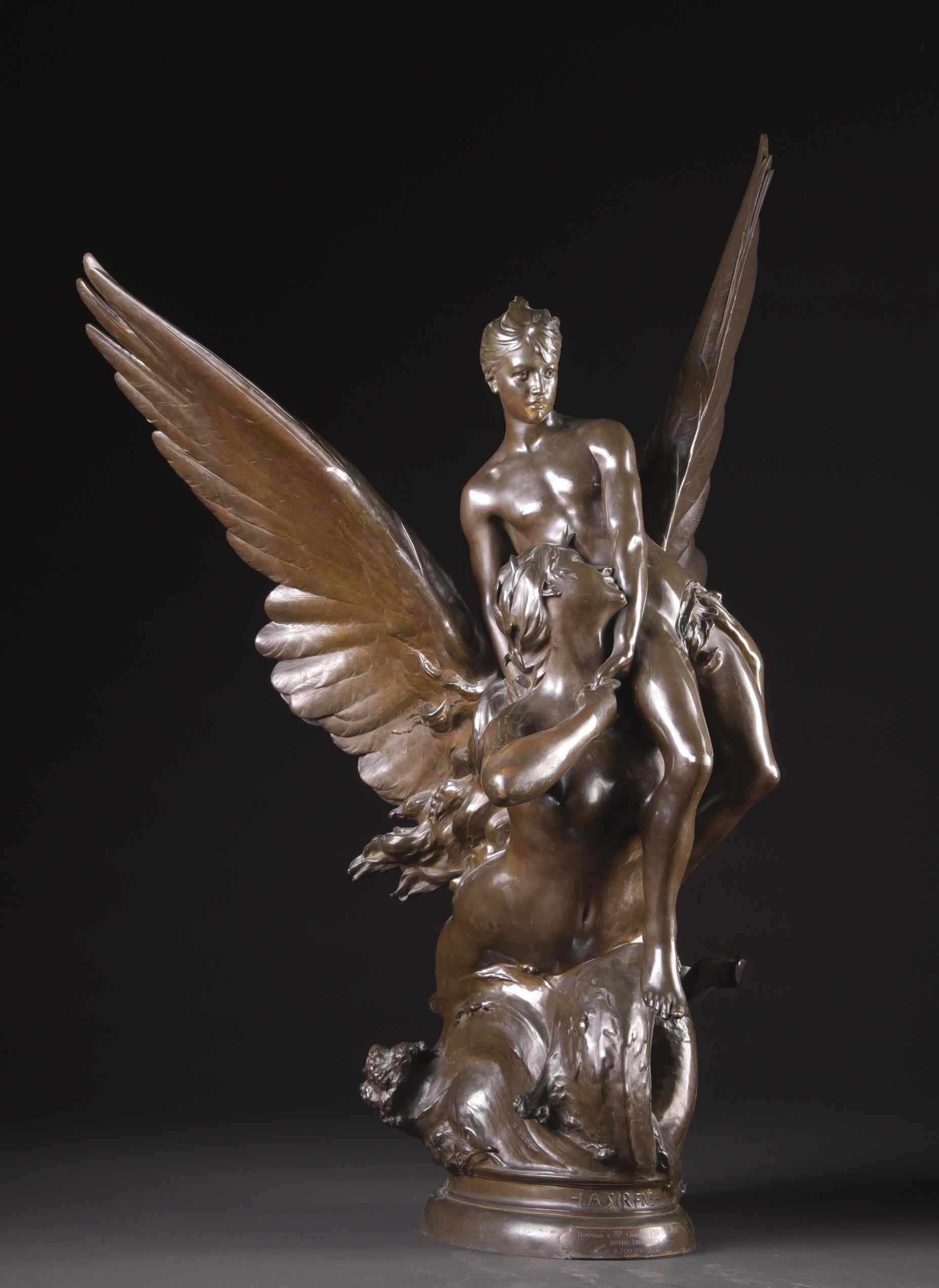 La Sirene of Allegory of Love; an impressive bronze group "the abduction of an ephebe by a mermaid" by Pierre Denys PUECH (1854-1942). This work was made about 1893 from an original marble version that he sculpted between 1887 and 1889 during his Roman stay at the Villa Medici.
The sculpture is signed, has the stamp of mechanical reduction Collas and the founder F. Barbedienne. The patina is original and the statue is in very good condition.
The marble version of this statue was sent to Paris and was awarded a first-class medal at the Salon des Artistes Français in 1890. The original marble is now on display at the Musée d'Orsay and a second copy is also on display at the Musée Denys Puech in Rodez.

Denys Puech is a great artist from the late 19th century to the first quarter of the 20th century. His work has been awarded the Grand Prix at the World's Fair and his works can be found on the most beautiful Parisian buildings. Commander of the Legion of Honor in 1908, he led the Villa Medici from 1921 to 1933.