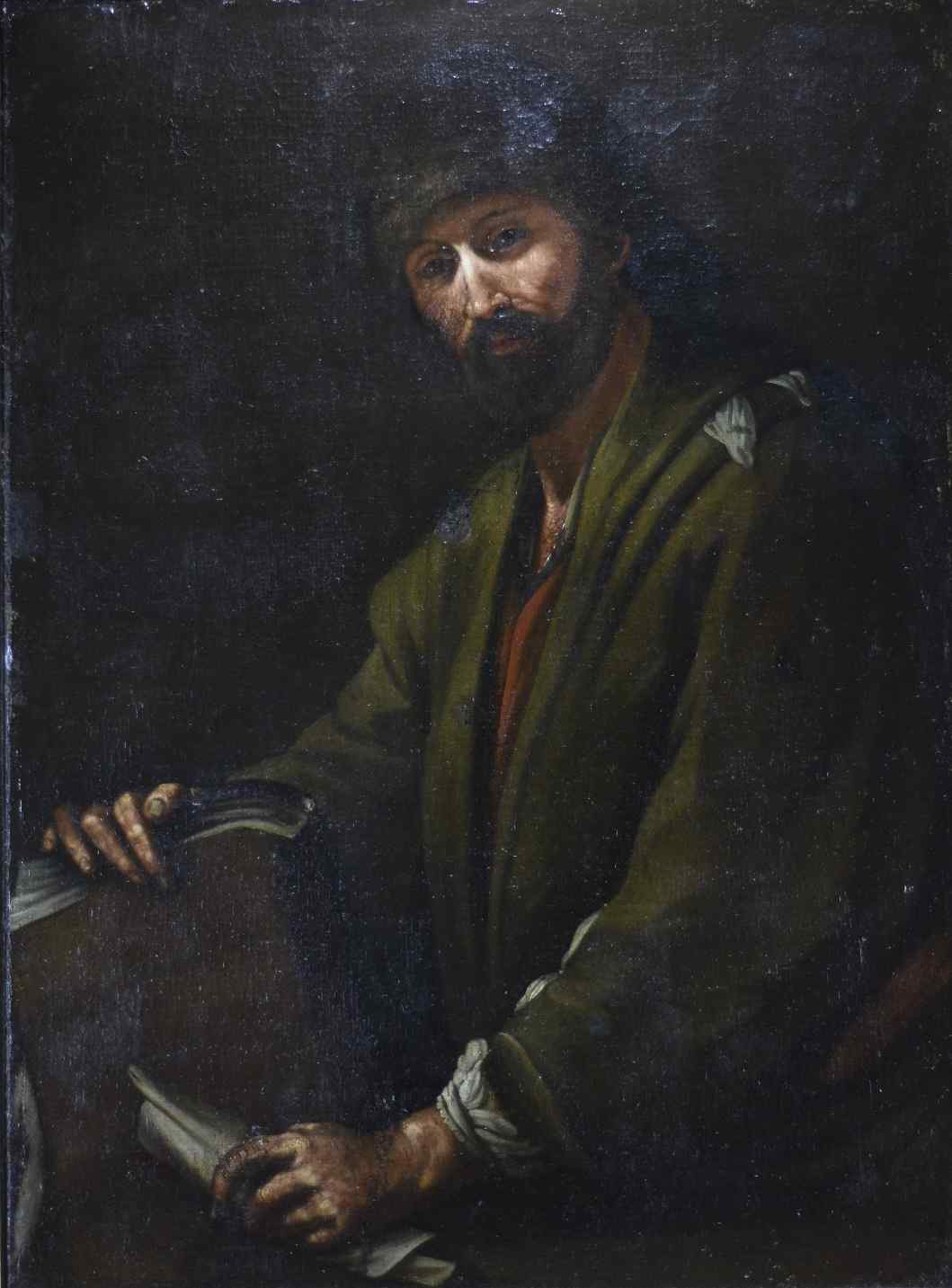 Jusepe de Ribera (1591–1652) was a Spanish Tenebrist painter and printmaker, also known as José de Ribera and Josep de Ribera. He also was called Lo Spagnoletto ("the Little Spaniard") by his contemporaries and early writers. Ribera was a leading painter of the Spanish school, although his mature work was all done in Italy.

Paintings of philosophers occupy a privileged position in Ribera’s long and productive career. As a young Spaniard around 1612, barely twenty years old and newly arrived in Rome, he made his mark among Caravaggio’s followers by painting the classical sages dressed in tatters instead of their traditional flowing robes. He gave them the craggy, unshaven features of the faces in the Roman crowds. The new approach was justified by classical references to wise men who disdained their apparel and appearance. That philosophers were poor and ragtag was a popular saying that Petrarch put into poetry: ‘Povera, e nuda, vai filosofia’ (Poor and nude, thou goest, Philosophy). The verse was cited in the painter’s manual, the Iconologia of Cesare Ripa, published in Rome in 1603.

Ribera’s influence on Neapolitan painting was profound. He possessed a genius for rendering the surfaces of things with a lifelike specificity and, like Caravaggio, used common models as vehicles for religious expression. His followers included Salvatore Rosa and Luca Giordano, who may also have been his pupils.

In this mature work, dated 1634 and painted in Naples at the height of his powers, Ribera focuses on the portrayal of a forceful personality. Though his face and hands are weathered from hard work, there is no suggestion of decrepitude and his garments are not ragged and torn, this is a notable development from Ribera’s Roman-period philosophers. Five copies were listed by Oreste Ferrari ('L'iconografia dei filosofi antichi nella pittura del sec. XVII in Italia', in Storia dell'Arte , 57, 1986, p. 172). The signed version sold by Dorotheum (auction 460630, lot 77), a prototype version sold by Christie's (auction 1620, lot 69), a version sold by La Suite as Lycurgo (auction 72, lot 51) and another version attributed to Luca Giordano hanging at Kunsthistorisches Museum in Vienna - at least, one version stated by Oreste Ferrari is lacking on the map.

For a much better price please send a message.