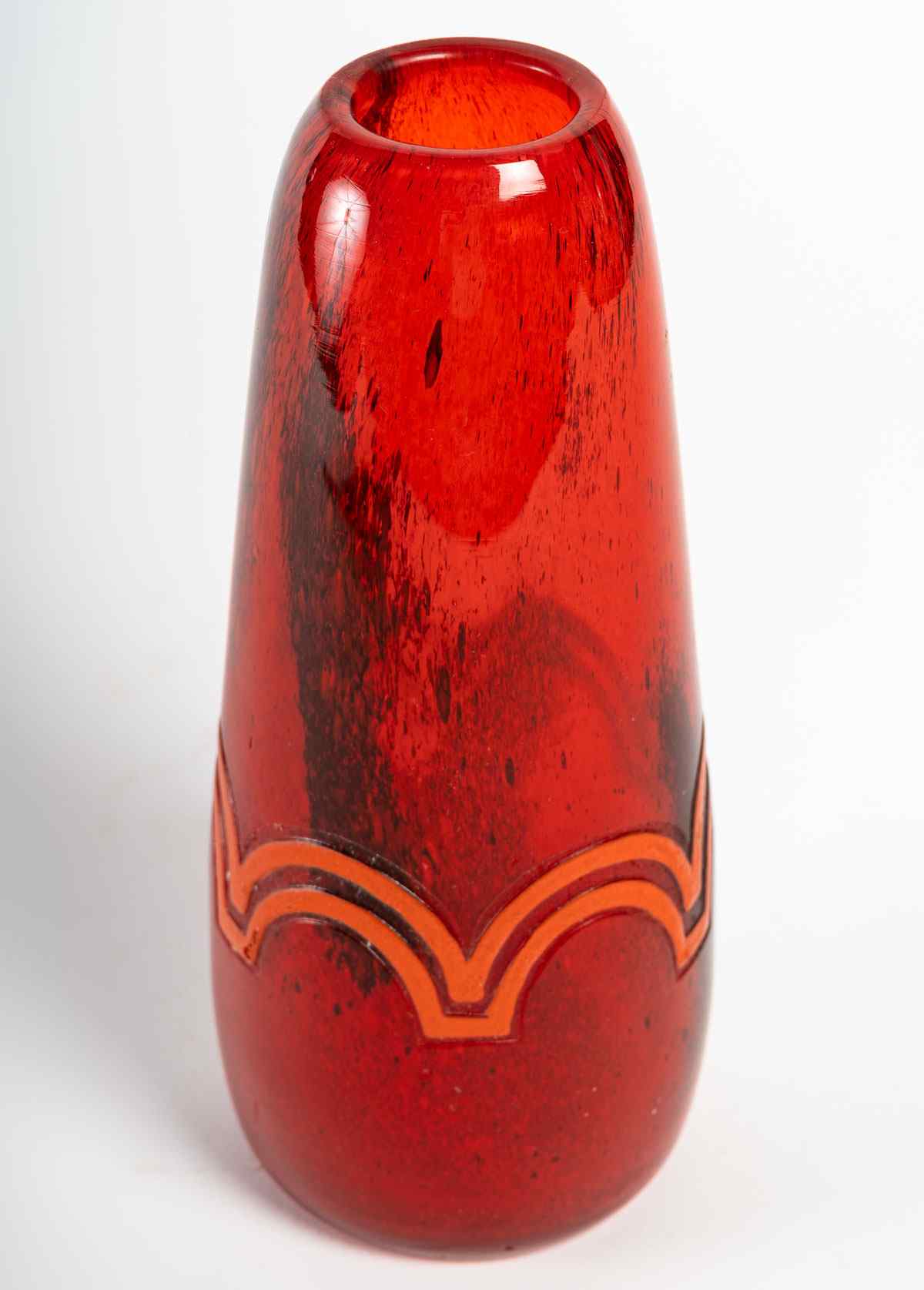 A lovely powdered glass vase, its frieze decoration in the form of orange barrel vaults is acid-etched and enamelled on a brown speckled red background.

Created in 1859, on avenue du Président Wilson (formerly avenue de Paris), the Saint-Denis glassworks are closely linked to the career of François-Théodore Legras, who was its manager from 1867.

Arriving in Saint-Denis at the age of 24, this master glassmaker from the Vosges region of modest origins went from being a simple worker to the director of the glassworks in just three years.

He never stopped modernising and expanding the means of production, mobilising members of his family and a large workforce, often from his native region. At the beginning of the 20th century, the factory had nearly 1200 workers.


Legras' production, which regularly won awards at international exhibitions between 1880 and 1900, declined after the First World War and ceased definitively in 1960.

Perhaps less famous than Gallé, Daum or Lalique, Legras is nevertheless one of the master glassmakers who have left their mark on the history of decorative art.
In the wake of Art Nouveau, he produced a wide variety of glassware in a variety of shapes and designs: landscapes, flowers, fruit, foliage and wildlife.

The commercial approach was to offer luxury objects in the style of Daum or Gallé, but at a better price.
Sold by catalogue, these timeless decorative pieces thus met with a vast, more popular clientele.