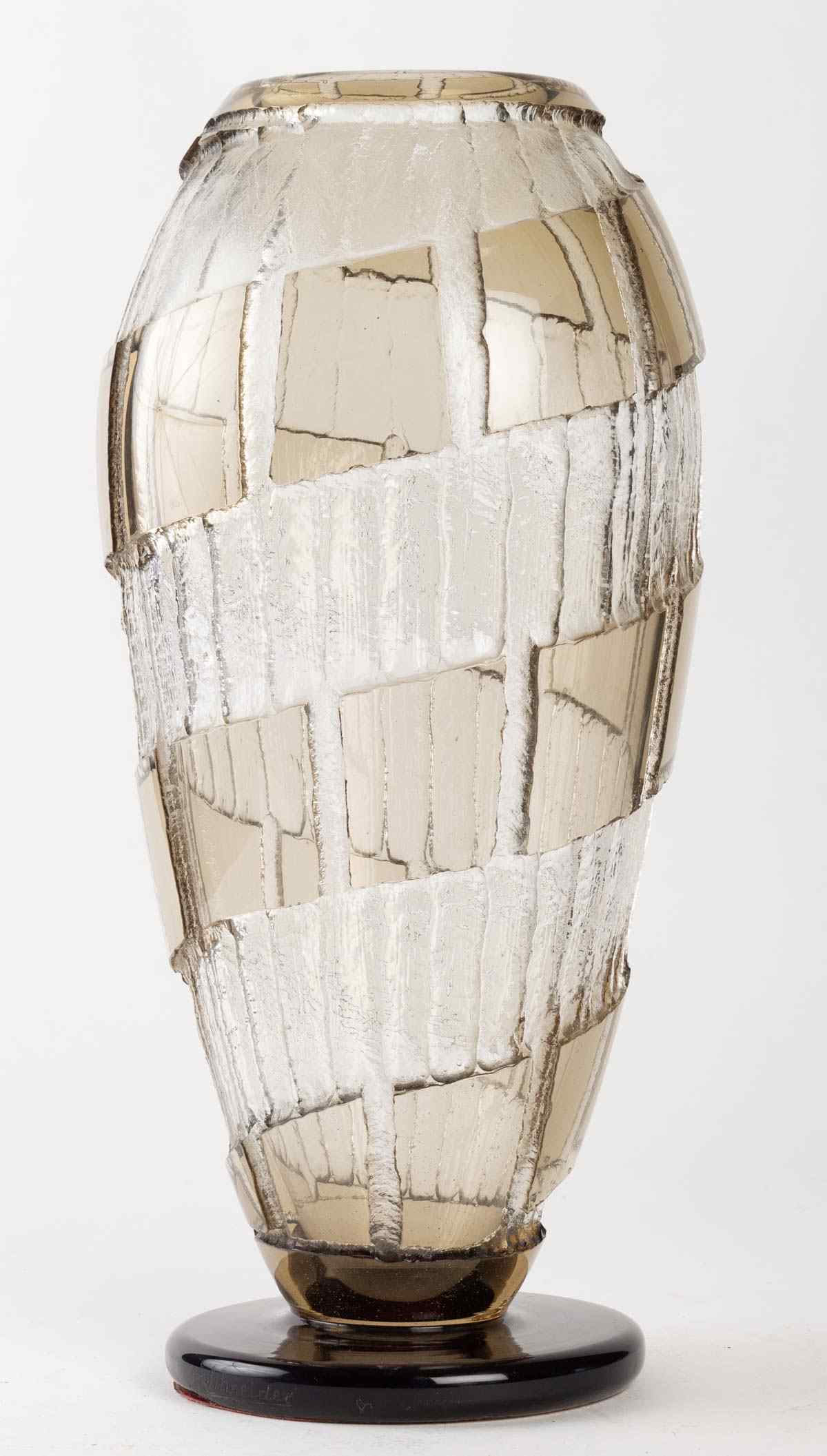 Large vase in acid-etched smoked glass with geometrical decorations.
This model was presented in several exhibitions such as the Mendjisky Museum in 2016.

Charles Schneider joined the glassworks of Auguste and Antonin Daum in Nancy at the age of 16, while at the same time studying at the École des Beaux-Arts in Paris.

Some time after the death of their master Auguste Daum, he left the company with his brother Ernest to take over a glassworks in Épinay-sur-Seine in 1913. In 1914, it is the general mobilization, difficult times for the company.
However, they are demobilized with the mission to produce medical glassware...
The factory resumed. In 1918, it is converted into art glassware.

Tireless creators. Starting in an Art Nouveau style, they set up a personal creation characterized by very bright, powerful colours, contrasted with cobalt blues, poppy oranges, water greens matched with naturalist and stylized patterns in the Art Deco spirit of the inter-war period.

Well distributed as far as the United States through two commercial lines, Schneider and Charder, for the top of the range, and Le Verre Français, the second line, the factory was running at full capacity and expanding.
In 1925, it employed up to 500 glassmakers! But the 1929 crisis put an end to this adventure which had lasted 15 years.