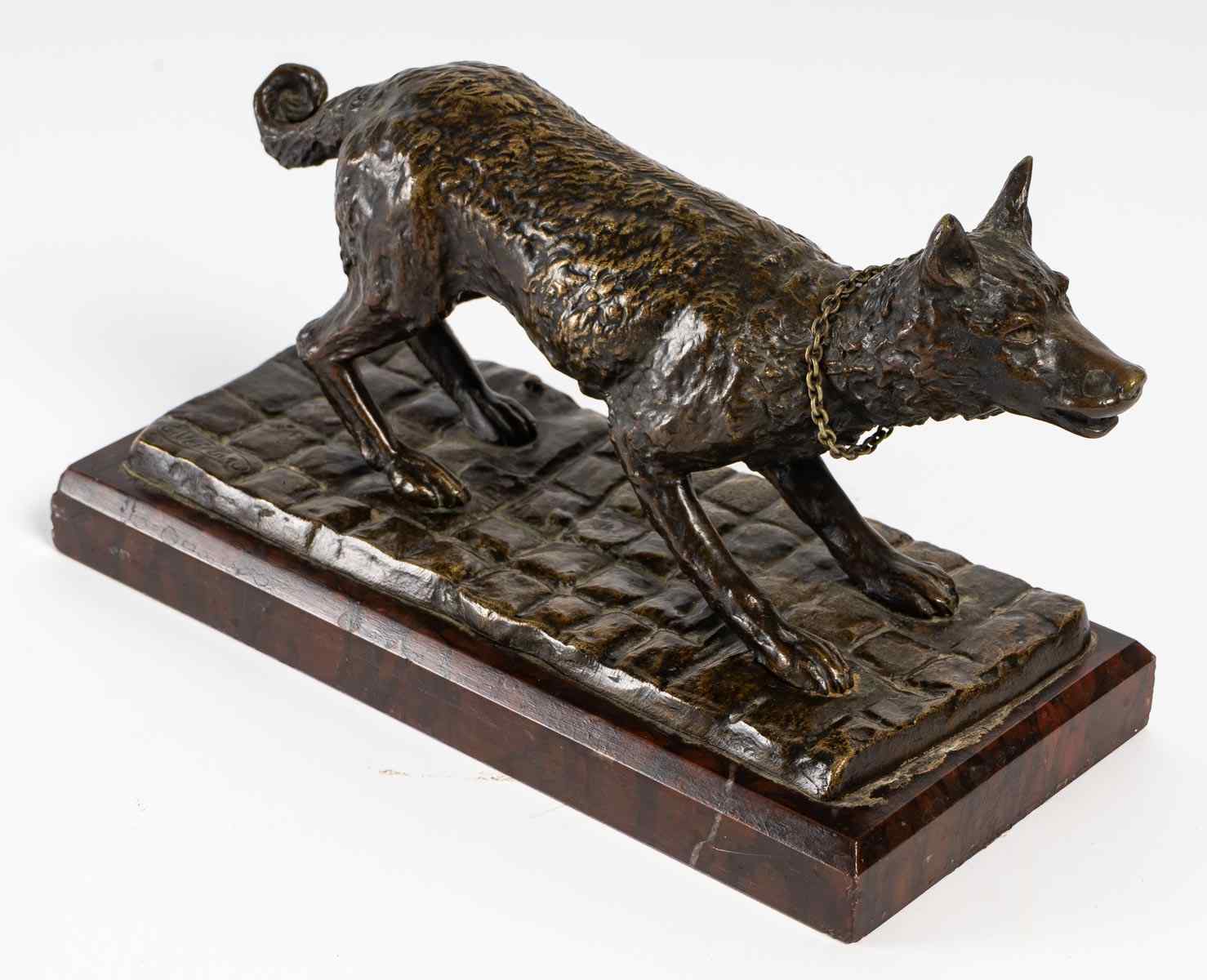 Charming animal bronze representing a shepherd's dog in a posture of invitation to play.
Very beautiful cast and chased, sublimated by a terrace of cherry red marble.

It was at the Paris Salon in 1831 that animal bronze sculpture was born.
A work by Antoine Louis Barye (1796-1875) entitled "Un tigre ayant surpris un jeune crocodile le dévore" (A tiger having surprised a young crocodile devours it) shocked and fascinated the public with its audacity.

This turning point in the art of animal bronze inspired a new generation of sculptors between 1831 and 1855.
Numerous sculptors such as Bonheur, Cain, Fratin, Frémiet, Mène and Moigniez met with worldwide success thanks to the universal exhibitions organised at the end of the 19th century.

During the reign of Napoleon III, artists such as Dalou and Rodin (1840-1917) revisited bronze sculpture, combining monumentality and modernism. Maillol also became famous for his bronze nude sculptures.

Following in Rodin's footsteps, Camille Claudel was the first woman to shine in the field of sculpture at the beginning of the 20th century ... the animal nude was to rub shoulders with a whole series of other trends, in equal measure.